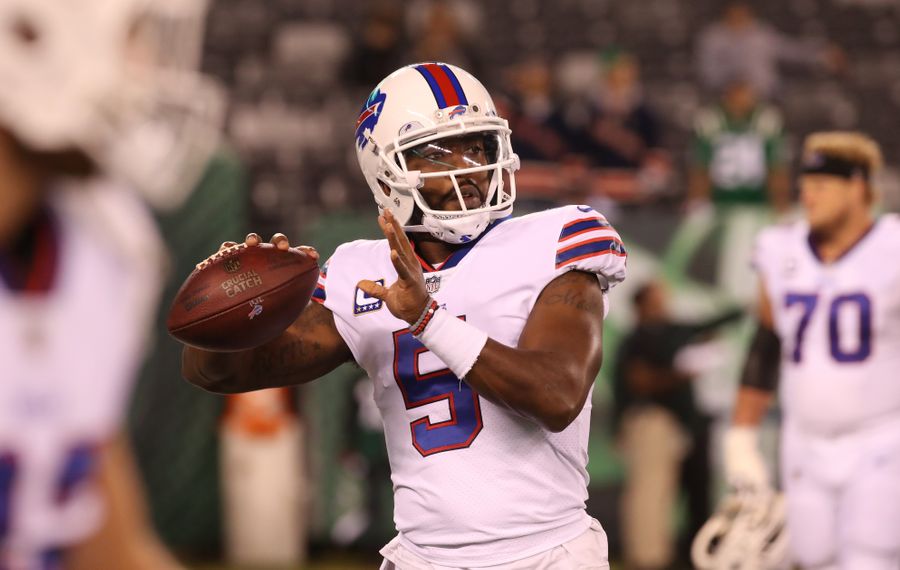 One night last week, I was talking to an old friend who believes I'm too hard on Tyrod Taylor and reminded me that, "You could do a lot worse for a quarterback."

That's true, but the Bills' passing game couldn't be any worse this season, if you're judging it by sheer yardage. With one week to go in the regular season, they're 32nd and last in passing at 175.9 yards a game. They've passed for 2,639 yards through 15 games, one yard fewer than the Bears on the season. The Bills are likely to finish with under 3,000 yards passing for the first time since 2009 – the Terrell Owens year.

The passing game has regressed in each of Taylor's three seasons as the starting quarterback. In 2015, they were 28th at 208.9 yards a game. Last year, they dropped to 30th at 189.8 a contest. This year, the passing game slipped two more spots to last.

There are ample excuses for the sorry production. It's not all on Taylor. The Bills shipped out Sammy Watkins and allowed Robert Woods and Marquise Goodwin to walk in free agency. They have possibly the worst collection of wide receivers in the NFL. During Taylor's time in Buffalo, they have been the top running team in the league, with Tyrod's dynamic running ability a key part of that success.

But the Bills have adhered to a somewhat outdated offensive philosophy largely because of Taylor's limitations as a passer. Their approach is predicated on not making risky throws and limiting turnovers. That also limits their capacity for long pass plays and big passing days. It's a passing league, and if the passing numbers are consistently low, it ultimately gets back to the quarterback.