Assign your designated driver, line up the babysitter, and pick one or more of these musical New Year's Eve throwdowns to help you kick 2017 to the curb, where it belongs.

This is a cool and somewhat novel idea – a matinee New Year's Eve gig that will have you back home in plenty of time to count down the minutes until 2018. BDA is comprised of veterans of the considerably deep local Grateful Dead repertoire-based scene. The cast of characters rotates, but for this special show, leader/drummer Tim Hitchcock will be joined by guitarist Todd Eberwine and keyboardist/vocalist Kevin Kay, among others. These guys know their Dead. - Jeff Miers

Each year, DBGB's in Allentown assembles the required paperwork and grabs itself an all-night license to kick off the New Year in style. If dancing is your thing, this is where you'll wanna celebrate. DJs Milk, the Incredible Scott Down, Charlie the Butcher, Dovey, Basha and Charles Master will keep the decks spinning and the bass throbbing until daylight, and possibly beyond. There will be food to fuel your fire, and a bottomless champagne fountain to keep that fire under control. - J.M. 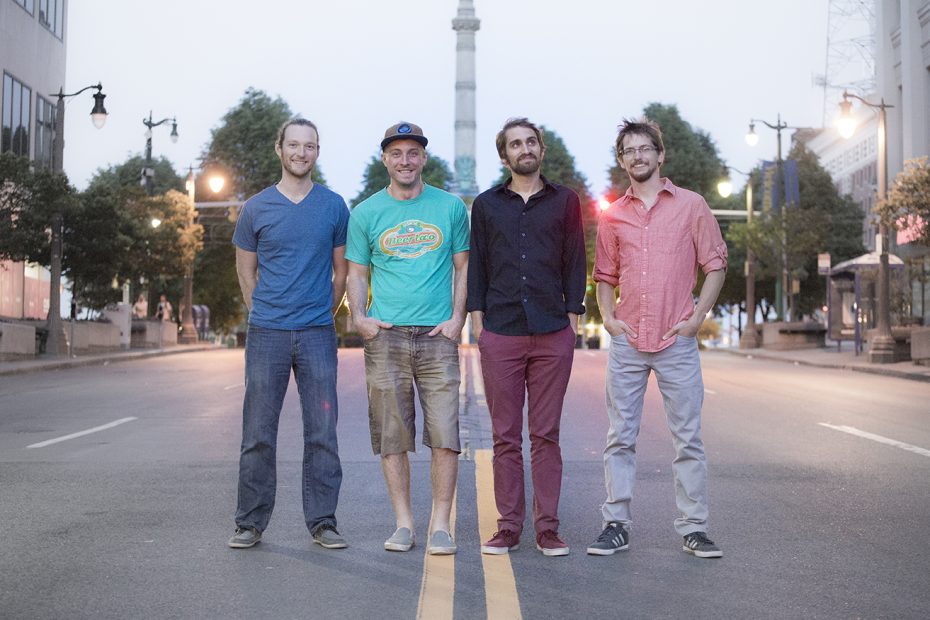 Normally I try to stay as far away from jam music as possible, but Aqueous has an intriguing trick up its sleeve for its New Years Eve gig at the Theatre District music venue. The groove rock unit will be performing two sets. The first, for those so inclined, will be collection of Aqueous originals, tracks that the band has long road tested while seeing its profile continue to climb.

Part two, however, is where things get pretty interesting as the four-piece will perform a tribute set to Gorillaz, the cartoon, genre-torching side project of Blur front man Damon Albarn and artist Jamie Hewlett. Albarn and crew released its latest album, the 26 track, guest-heavy "Humanz," back in April, so expect the Aqueous guys to have a number of hits and deep cuts at its disposal from an influential catalog that stretches all of the way back to 2001.

Getting the night going will experimental rock unit Lazlo Hollyfeld. The long-running group will be putting a cap on its fantastic fall run after selling out Mohawk Place with its Halloween weekend Arcade Fire tribute and turning the normally laid back Bidwell Parkway bar McGarret's into lively, all-nighter with its annual Talking Heads Thanksgiving Eve show. - Mac McGuire

The legend, which appears to be verifiable, goes like this: Mike Doughty, the voice behind groundbreaking folk-funk-hip-hop-jazz outfit Soul Coughing, discovered the guys we now know as Moon Hooch jamming for spare change on a subway platform in Brooklyn. Doughty took the band on the road as opening act for his solo tour, and Moon Hooch was off to the races, its daring, horn-and-percussion-driven blend of dance-able jazz-inflected rock and funk endearing it to the like-minded Doughty/Soul Coughing audience. I predict that  Iron Works will be transformed into a vibrant dance party on New Year's Eve, as Moon Hooch headlines a bill also featuring GnomeDad & Honeycomb. - Jeff Miers 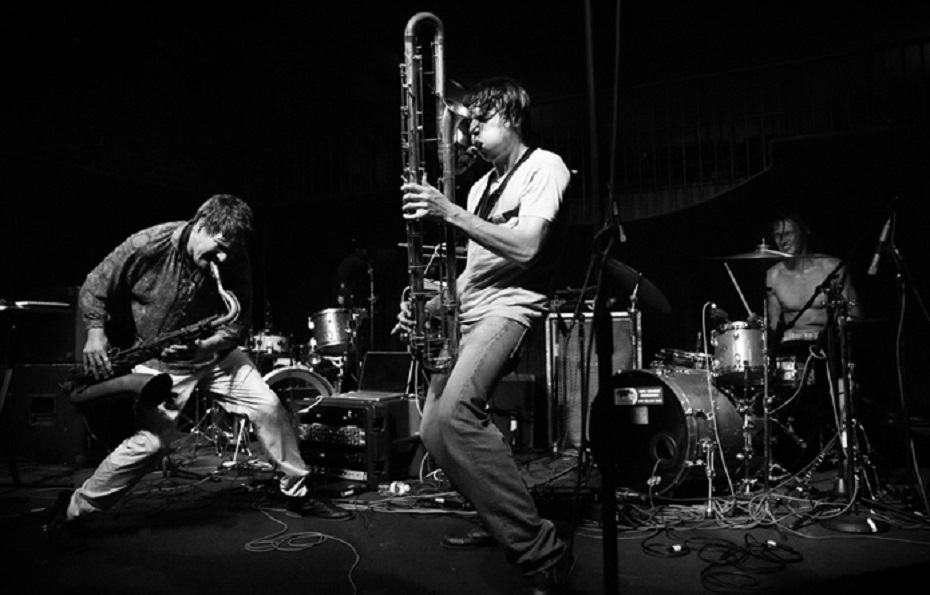 I've observed Intrepid Travelers from their beginnings several years back, and during that time, it has been a treat to watch the musicians evolve into a truly interesting band capable of blending strong songwriting with improvisational risk-taking. "Treating each live show as a journey with the audience rather than a performance, Intrepid Travelers pride themselves on a form of focused, collective expression that showcases a medium where cerebral musicianship meets heartfelt, soulful songwriting," reads the band's description of itself on Facebook, and that pretty much covers it. - Jeff Miers

It's been a big year for Tonawanda's Stamps the Bar, as a deeper commitment to wider variety of live music brought a diverse lineup of acts to the club, ranging from jazz to alt-rock to full-on metal. A marriage of ideas between AllWNYNews.com and talent booker For the Music Productions helped this happen, and on New Year's Eve, that intellectual merger will be celebrated with a deep lineup of regional bands, including  Breaking Solace, Tokyo Monsters, Exham Priory and Billy Draws Two. - Jeff Miers

Since Dive House Union went on hiatus, David Michael Miller has been pursuing his personal southern-soul nirvana with a vengeance. Miller & the Other Sinners have logged some serious road miles, playing more than 350 gigs across 18 states. To suggest that all of this has made the band an incredibly tight, well-oiled machine doesn’t do the situation justice. For this show, Miller & the Other Sinners will be joined by gospel singer Cinnamon Jones. A year that starts with this much soulfulness is bound to be better than the one preceding it. - Jeff Miers

Outside of its signature Cure vs. Smiths throw down, the Transmission crew tends to go all out for its annual NYE bash as its events become more and more rare as the years go by. From post-punk artists like Joy Division and the Stone Roses to more modern acts including Daft Punk and Le Tigre, expect DJs Bill Page and Jason Draper to mine nearly four decades of indie dance music to usher in 2018. - Mac McGuire

In Allentown, the Transmission-indebted series Dance Yrself Clean will be helping the rowdy back room ring in the new year.

After getting its feet wet for about a year over at Milkie's on Elmwood, with a quick detour to Marble & Rye along the way, the young dance party seems to have settled in quite nicely on Allen Street as of late. Inspired by the Transmission's long run in town, the hopeful torch bearing DJ crew, which includes members of local acts like honey COMA, Humble Braggers and the Strokes tribute group Different Strokes, tends to stick strictly towards the millennial brand of indie dance music.

If it's your first DYC party, expect cuts from acts like LCD Soundsystem, Jamie xx., Grimes, Hot Chip and many more. - Mac McGuire