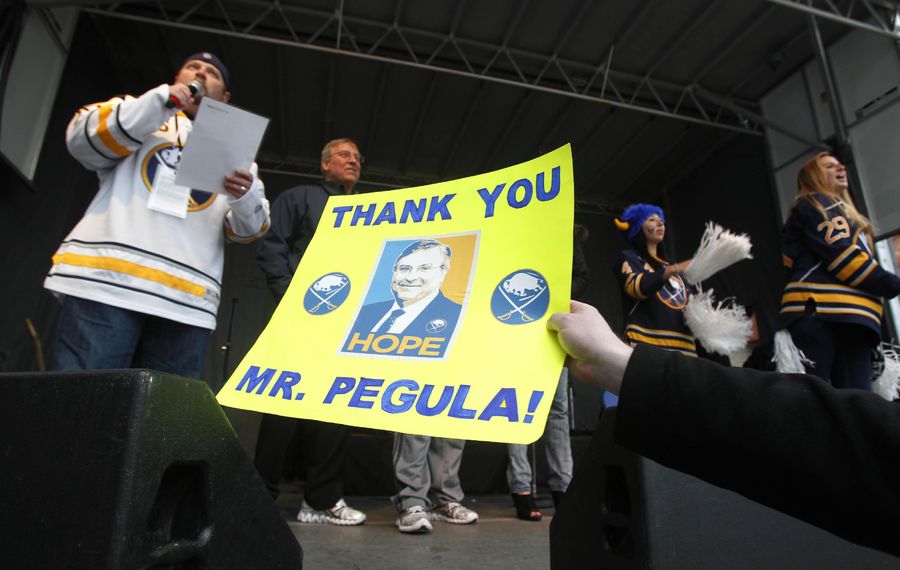 They're revamping the district's athletics program, too, and will get an assist from some high-powered partners.

Pegula Sports and Entertainment, the parent company of Buffalo Bills and Sabres owners Terry and Kim Pegula, and ADPRO Sports, the locally based company that produces custom uniforms, have pledged their help in ratcheting up district sports to another level.

That could take a variety of forms, including using their vast network of resources to provide student mentors and talk to students about eligibility requirements for college athletics. They also could help the district grow its athletic offerings, better train high school coaches, market its high school teams or provide student athletes with "shadowing" opportunities within the sports management company, which also operates the Buffalo Marriott HarborCenter.

"One thing that's important to note is that within the umbrella of Pegula Sports and Entertainment there's 22 properties," said Russ Brandon, managing partner and president of the company. "I know we focus greatly on the Bills and Sabres, but I think the most exciting component of this whole program is the opportunities for these young people to be involved, whether it's with what we're doing at the Marriott to working the equipment department at the Bills to them working community relations on some of the other activities that we have ."

The organization has put the Buffalo Public Schools on the radar of its pro players, too.

"When we met with the players at the Buffalo Bills over the last few months, one of the things that has stood out more than anything is how they want to impact and be a part of the Buffalo Public School system," Brandon said. "I can tell you unequivocally that is the No. 1 initiative of the players on that team, so we're looking forward to being part of that."

"It isn’t just helping the student athletes, but it's helping the coaches coach," said Ron Raccuia, president of ADPRO Sports, "teaching them how to be better coaches, better mentors, better leaders."

The two organizations reached out to the Buffalo Public Schools when they learned of the district's plan to upgrade its athletics, said David Mauricio, chief of  strategic alignment and innovation for the school district.

"They came to us and asked for a meeting," Mauricio said.

Brandon and Raccuia, who has a long relationship with Buffalo schools, met with the Board of Education last week to reaffirm their commitment.

"They are all in," said Superintendent Kriner Cash.

The district is in the early stages of trying to raise the bar for its athletic program, which includes: