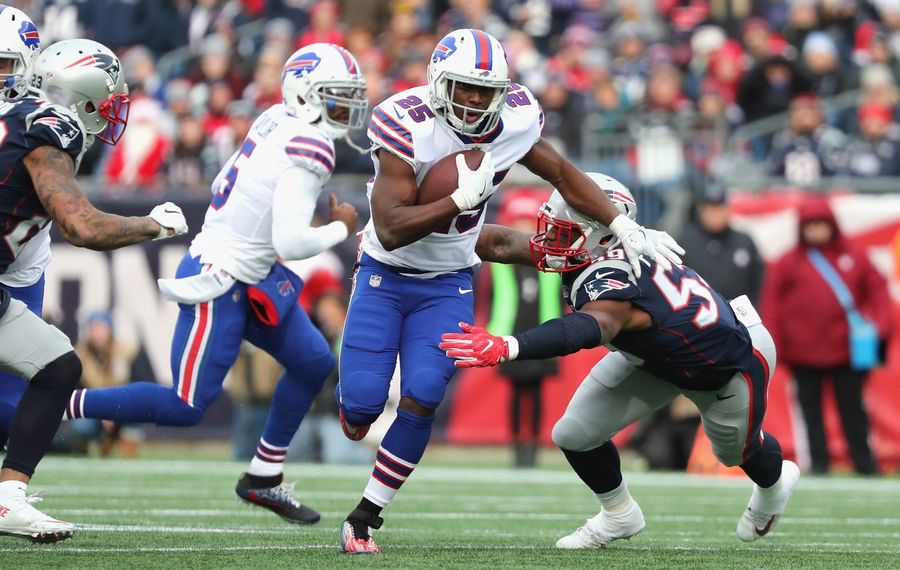 LeSean McCoy had a huge day in Buffalo's loss in New England in Week 16, a game that marked a high-level of versatility for the veteran running back.

He had 71 rushing yards on 17 attempts (4.18 yards per rush) and five catches for 76 yards. It was the first contest for McCoy in which he amassed over 70 rushing yards and 70 receiving yards in the same game since Nov. 17, 2013, in an Eagles win over Washington.

He now has 57 grabs on the season, the second-highest figure in his NFL career, trailing only his 78-reception season in 2010.

On the road against the Patriots, McCoy earned his third-highest Pro Football Focus run grade thus far in the 2017 season.

During his time as a member of the Bills, McCoy has had trouble producing in Miami.

In 2015, he carried the ball 11 times for 16 yards but did catch a 10-yard touchdown pass. Last year, he mustered 11 yards on eight rushing attempts.

Two weeks ago against the Dolphins, McCoy rushed 20 times for 50 yards but added 47 yards and a touchdown on four catches.

Over the past seven games, he's averaged 4.58 yards per rush on 127 attempts with three scores and has caught 19 passes for 184 yards and two touchdowns.

The Bills will likely need another big outing from McCoy to beat the Dolphins on Sunday.