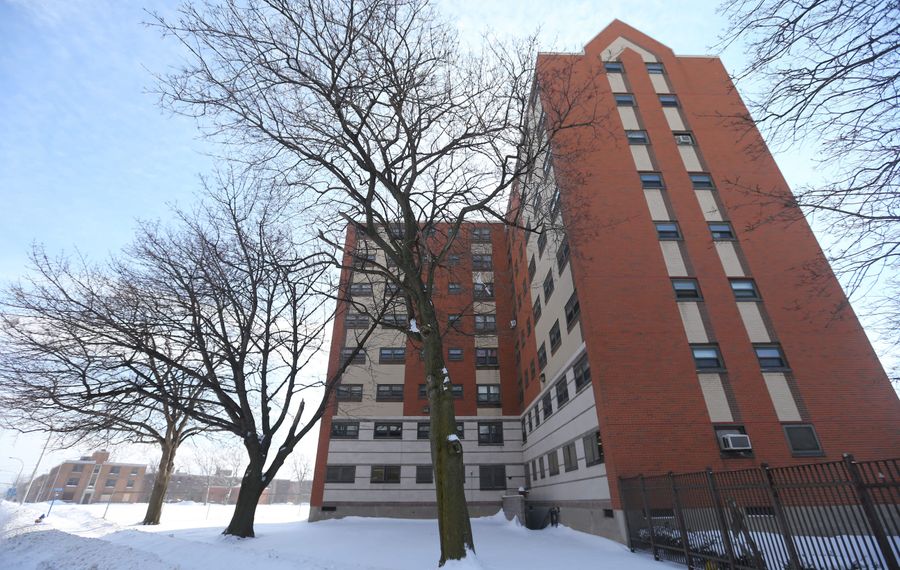 Residents of the Commodore Perry housing complex endured around 12 hours without heat, hot water or electricity starting Christmas morning before it was turned on around 3 p.m. Monday.

The power outage began at least before 3 a.m., according to Pearl Waller, who lives at 320 Perry St. She woke up and found her television turned off at that time. She then discovered her lights didn't work and there was no heat, either.

Later, Waller learned the elevator was also out of service.

"I live on the seventh floor and I can't go up and down seven flights of stairs," Waller said. "I'm 75 years old."

Edwin Maltona also complained about the power shortage. "We just moved here, and we tried to find someone to tell but could find nobody," he said.

Buffalo Municipal Housing Authority officials told The News shortly before 3 p.m. that the power was in the process of going back on.

National Grid's automated phone line to report power outages does not provide updates. A message left by The News with National Grid's media relations department seeking an update was not immediately returned.