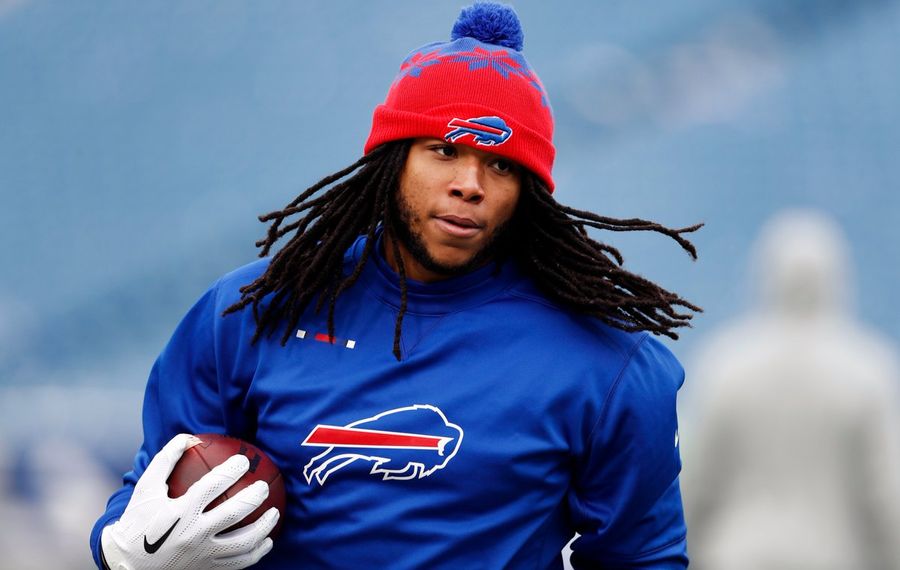 For the second week in a row, NFL officials made a controversial reversal of a touchdown against the New England Patriots – and this Sunday, the victims were the Buffalo Bills.

Officials have now reversed touchdowns this season against the Patriots by the Houston Texans, the New York Jets, the Pittsburgh Steelers last week and the Bills.

McDermott on overturned Benjamin TD catch: 'I'm at a loss'

What the referee said about overturned Kelvin Benjamin TD catch

NFL observers and media across the nation erupted on Twitter after officials reversed the touchdown, rendering null and void Bills wide receiver Kelvin Benjamin’s acrobatic catch from quarterback Tyrod Taylor in the back of the end zone. The touchdown would have put the Bills ahead before halftime in a game crucial to their playoff chances.

Here was the official explanation via the NFL Operations Department.

In #BUFvsNE, when Kelvin Benjamin gains control, his left foot is off the ground. The receiver only has one foot down in bounds with control. Therefore, it is an incomplete pass. -AL

And here was the response to the ruling and the day's officiating, starting with former Bills running back Reggie Bush:

Unreal how man calls the Patriots get

Sometimes I wonder y we bother 2 watch the @NFL when our teams play the pats. Last wk the NFL takes the game away from @steelers this wk they give the pats a 40 yrd pass interference bs call & take away a TD & overturn it with no evidence. Y watch when the game won’t allow a win?

What’s the point of reviewing touchdowns that occur against the Patriots anymore? We get it...nothing counts.

It should concern the #NFL that no one understands anything about it’s rules anymore.

Apparently it's only a catch in the @nfl if both feet are in, receiver has control of the ball, is also a Libra, Jupiter is in perfect alignment with Neptune and all players offer their first born to Robert Kraft. #gobills #BuffaloBills

I wish in 2018 they start taping and releasing conversations refs have with replay officials the way they release 9-1-1 calls because we need real accountability with these morons.

Officials should be ashamed of themselves. It’s hard enough to be the Pats w/o officials helping them That was a tub. NFL y’all bulljiving.

Hanlon’s Razor holds that we should never attribute to malice what could be easier explained by incompetence. Welcome, NFL refs

How many touchdowns do you have to score against the Patriots before they count as touchdowns?

The standard has changed. There is no way the NFL can say that replay reversals are based on “clear and obvious” after that Bills TD overturned.

Ridiculous micromanaging overturn in New England. Replay is out of control.