After figuring out college was not for him, Jose Olea started working as an apprentice boilermaker repairing blast furnaces at local plants.

He was making good money and learning a lot, but it ended after six months when he received a draft notice in September 1967 summoning him to military service.

Six months later, the 19-year-old from Buffalo was patrolling the jungles and rice paddies of Vietnam. On his first patrol, he nearly had his head blown off.

"Our lieutenant had sent two of us out to reconnoiter, and all of a sudden the guy I was with, who was more experienced, yelled, 'Get down.' I hit the ground and bullets started flying over our heads. There was this little bush just a little higher than me when I was lying down and the leaves on it started falling from the bullets," Olea recalled.

After perhaps a minute, Olea heard other infantrymen shouting from behind, "Cease fire."

"The lieutenant had sent us out without telling anybody, and when he heard the shooting, he realized it was us being shot at."

Olea said he was shocked and amazed at how easily he could have been killed.

No apology was offered for the blunder.

And that was just the beginning of Olea's 12 months as a replacement member in what amounted to the rebuilding of Charlie Company in the 4th Battalion, 9th Regiment of the 25th Infantry Division.

Forty-eight members of Charlie Company had been killed in an ambush and 24 wounded.

On the night of Dec. 22, 1968, Olea's actions earned him a Silver Star during a battle with a North Vietnamese army regiment. The Americans were outnumbered and outgunned.

"I was on a night ambush patrol, and the North Vietnamese sent over a regiment to attack our base camp. We were in a hedge row in a rice field, and the regiment kept attacking our perimeter. The soldiers there were overrun, and called in an air strike.

"Two planes were coming down and dropping napalm bombs on the hedge rows, one after another. We radioed the guys on the perimeter that they needed to stop the airplanes because the planes were making their way toward our hedge row.

"I got back on the radio when the planes were just one hedge row away and said, 'You gotta have them stop. The next hedge row is ours.'

"The guy said, 'No problem. I got them stopped.'

"Then I looked over my shoulder and saw one of the planes coming in and a dot falling from it. I told myself we're dead. What happened was they ran out napalm and it was 250-pound bomb.

"It was coming right down on us and just missed our hedge row. There were 13 of us, and when the bomb exploded, we were all lifted off the ground about a foot and a half."

The message finally got through to the pilots, and they stopped dropping bombs.

But the battle continued throughout the night. As a squad leader, Olea decided the best chance for survival for him and his men was to fade into the woodwork.

"I told them not to shoot. Lay back."

It worked for a while, but the enemy started repositioning.

"They ran past us single file and we could have reached out and tripped them. One of them spotted us, stopped and pointed his AK-47 at us. I threw a hand grenade and killed him and another enemy soldier."

"Every time someone made a noise on either side, someone threw a hand grenade, and that went on for the rest of the night," Olea said.

When the squad ran out of hand grenades, Olea improvised.

"I spotted four or five of the enemy who had taken a position and I did not want to shoot at them because they would see the muzzle flash of my M16 and they'd know where we were. So I took a Claymore land mine and threw it on top of them and ignited it," he said of the remote-controlled explosive.

That proved so successful that he threw a second one at another enemy position and neutralized the threat.

The squad managed to hang on until daylight but the losses had been heavy. Three of 13 were killed and seven were wounded.

Reinforcements arrived and a helicopter removed the injured.

"We carried out the dead," Olea said. 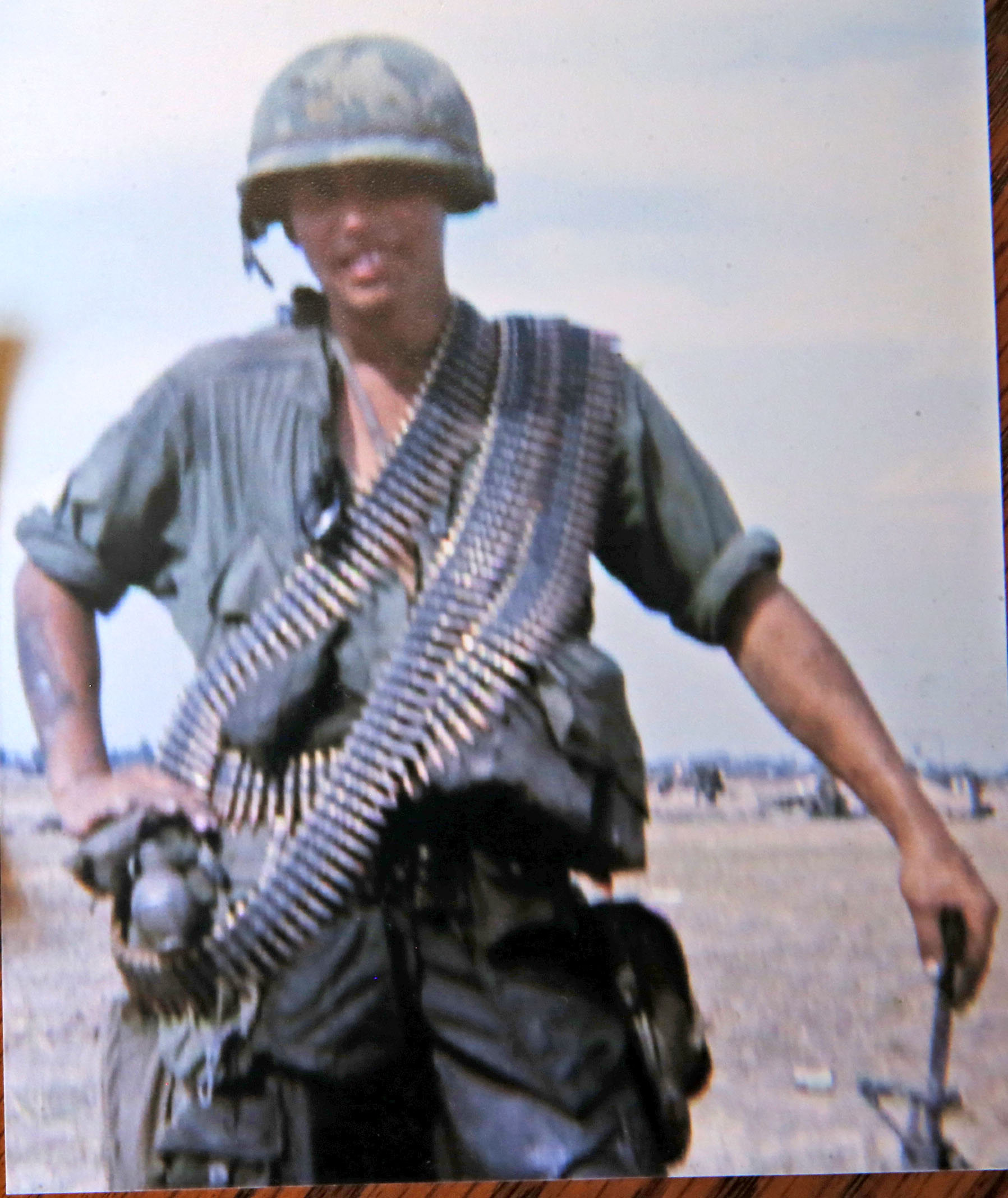 In the citation for the Silver Star he was awarded, it stated:

"He courageously engaged the aggressors, killing three of them and dispersing others. His valorous actions were responsible for the successful defense of his position and the defeat of the enemy forces."

It turned out that his squad had killed the commanding officers of the regiment.

During another patrol, Charlie Company soldiers ended up in a minefield. The discovery came at a high cost. The platoon sergeant stepped on a land mine and was severely wounded. Two other soldiers suffered shrapnel wounds.

"There were a bunch of us in the field, and I went over and started giving the sergeant first aid until the medic took over," Olea said.

Faced with the dilemma of getting the soldiers to safety, Olea said he managed to guide them out of the minefield.

How did he do it?

When a helicopter arrived to transport the sergeant and the two soldiers, the whoosh of its blades set off another land mine.

"But nobody was injured."

For his actions, Olea earned a Bronze Star with valor.

To this day, Olea says he remains amazed that he survived Vietnam.

"Out of all the replacements who rebuilt Charlie Company, I was the only one that hadn't been killed or wounded by the end of the 12 months I was there."

In civilian life, he moved to California and joined the Foster City Fire Department in a suburb of San Francisco. His war experiences, he says, provided him with the ability to think calmly under pressure. In 2000, he retired as a fire truck captain with 29 years of service.

"I had post-traumatic stress and needed a place to recuperate. My mother was sick and I lived with her. It was mutually helpful for both of us," Olea said of how he returned to Buffalo.

Of his war services, he says:

"It's always on my mind. There's intrusive thoughts that always come in."

His war rifle served as measure of all the action Olea experienced.

"When I arrived in Vietnam, they issued me a brand new M16, and when I left, I had to turn it in. The soldier at the armory physically measured the chamber on it and said, 'This rifle's wore out.' He threw it on a pile of other worn out rifles."