Antonio Martin-Brown’s contention that he was under “extreme emotional disturbance” when he brutally killed a Kenmore bar owner in the man’s home in May 2013 was rejected by an Appellate panel of the Fourth Judicial Department.

Martin-Brown, now 24, was appealing his conviction of second degree murder in October 2014 for the death of Vincent J. Cottone, 62, who was beaten and had his throat slashed in the fatal attack.

The two men, who had a physical relationship, argued after Martin-Brown stole $800 from the victim. At trial the younger man testified that he struck Cottone after he told him he didn’t care about him and called him a crude name. 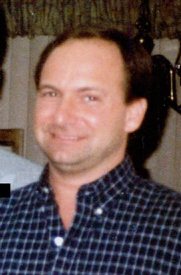 In his appeal, Martin-Brown argued that he had proved his defense of "extreme emotional disturbance." The judges rejected that contention,  noting that Martin-Brown admitted that he returned to the crime scene after initially fleeing to remove incriminating evidence.

They also ruled that the sentence of 25 years to life in prison was not unduly harsh or severe.