Five months after doctors told Tremont Seals' mom that her son may not survive or ever make meaningful movements again, the now-8-year-old boy sat on the floor of their den playing with his remote control cars.

The cars were gifts from strangers from all over Buffalo and around the country who heard about his story: On the night of Independence Day, he was at a neighborhood party at Trinidad Park when a car hit him and fled the scene.

Tremont was hit so hard he was tossed under a parked car. His father, Richard Seals, found him unconscious and not breathing. Having suffered a traumatic brain injury, the boy spent a month at the old Women and Children's Hospital of Buffalo before he was transferred to the Children's Institute of Pittsburgh.

Now at home, he's made extraordinary progress. He can walk and talk. His left side is still a little shaky, and the scar on his brow hasn't gone away quite yet. He's reading again, though not quite at the level he was before he was hit. But he is ready to go back to school.

"Hi. Thank you," Tremont beamed about all of the kindness – and toys – he has received.

His mother, Tameka Jones, who has been at her son's side nonstop all this time, is thankful that he's come so far along.

"It's emotional," she said, sitting on her couch looking at Tremont stacking his cars on top of each other. "This could have been so different. We could have been mourning this Christmas. I'm grateful."

Yet Jones is also angry that whoever hit Tremont not only didn't pull over to help her little boy, but also has never been caught and hasn't come forward to take responsibility.

"It bothers me a lot now," she said. "It's been so long now. I can't believe someone's out there living a normal life."

It bothers the Erie County District Attorney John Flynn, too.

Investigators had a lead at one point, Flynn said, "but that did not come to fruition."

There have been 17 serious hit and runs in Erie County this year. Twelve have been resolved, either through arrests or pleas.

The DA doesn't understand why there have been so many.

"The message I've been preaching for the whole year is, if you suspect that you hit something, do the morally right thing and get out and see what happened. If you leave the scene and we catch you, that could result in a charge that you would not have had in the first place."

Leaving the scene of a serious-injury accident is a felony and is punishable by up to four years in prison.

Tremont still has a long way to go 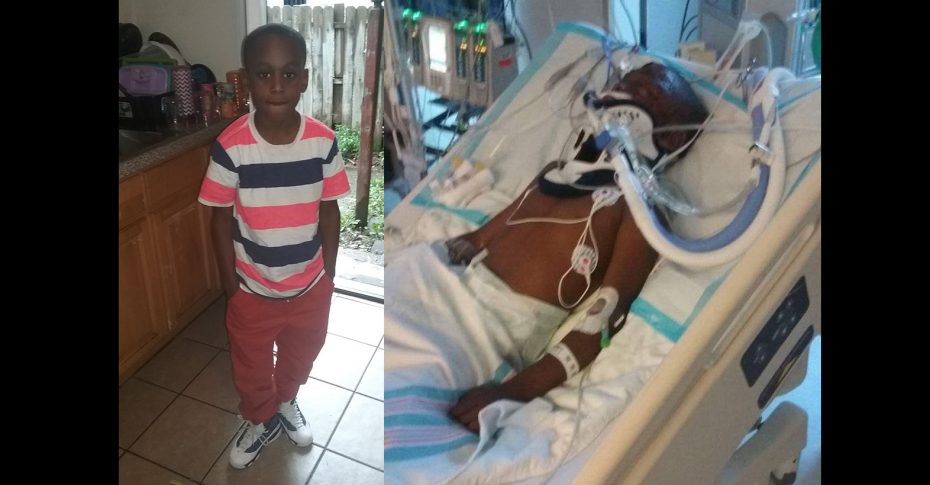 Tremont Seals, left, in a family photo, and right, in a photo of him in his hospital bed at Women and Children's Hospital in Buffalo. (Provided by the Seals family)

For Tremont's mother, the lack of resolution in her son's case, combined with the months spent in the hospital and the round-the-clock care she's been giving him, is taking its toll.

"I feel like I have post-traumatic stress," Jones said.

In addition to Tremont, Jones has three daughters and another son. She's also pregnant – due in January.

"Mommy, how is it to be pregnant?" Tremont asks her, sitting on her lap.

"I never want to be pregnant," Tremont said. He then offered to make dinner for the family.

Tremont's not ready to take on tasks like that, Jones said. While he is doing much better, he still has a long way to go before he's back to how he was.

Tremont was always an energetic child, but since the accident, he's become more impulsive.

"He doesn't think before he says anything," she said.

His parents have to watch him constantly. The other day, he announced he wanted to do a back flip off the stairs. Jones talked him out of it.

He's still learning how to do all of the things he used to do, like dressing himself in the morning.

Tremont also has nightmares about being hit, Jones.

"He remembers," she said.

Tremont has some memories of his time in the hospitals. He asks his parents about who visited him and says he liked the big playroom at the Children's Institute, and the pool where he did physical therapy.

"I was swimming with the noodle," he said with a big smile.

During those trying times, friends and strangers helped ease their worries. People sent all sorts of toys and gift cards. Two women, Jojo Spencer and Bonnie Lee Todd, who worked with Richard Seals' cousin, learned that the family was in the middle of moving to a new home when the boy was struck. The women packed up all of the family's belongings at the old home and moved it all into the new one. They also got them some new furnishings.

"They came in and got everything together," Jones said.

Last weekend, Tremont's old school, Hamlin Park, held a Saturday Fun Day in his honor and provided gifts for everyone in his family.

Jones and Seals say the kindness they were shown during their ordeal has helped in immeasurable ways.

"It helped me be at peace," Jones said. "I can't even describe how that made me feel."

Richard Seals is thankful his son is doing as well as he is. He marveled as Tremont asked to borrow his phone and shows his dad all the games he has downloaded onto it.

Tremont recounted coming back to Buffalo to his new home in September.

It was a thrilling day for him and his mother.

"I got amazed," Tremont said. "It felt good to be with my brothers and sisters. I had an X-box. That was the best thing. And I had a dog."

After the New Year, Tremont is going back to school. He'll go to School 89, which has a program for medically fragile students. He's a little anxious.

Tremont wants to go back to his old school with siblings, which include another son of Seals.

He's also worried about not being with his mother.

"He's got some separation anxiety," said his father, Richard Seals.

But they assure him he will do well at his new school and will make new friends without any problems.

"All the teachers know who you are," his father said.

Tremont looked at him quizzically. 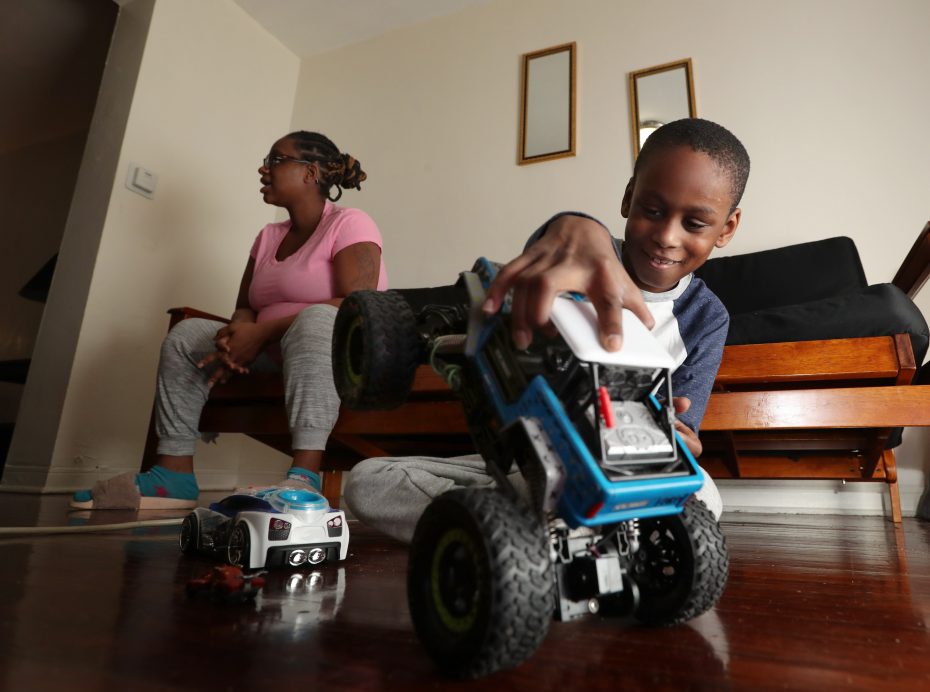 Tremont Seals, 8, at home in Buffalo, plays with toy cars and trucks given to him after his accident. The driver has never been identified. (Sharon Cantillon/Buffalo News)

People often recognize Tremont when the family goes out, Jones said. They remember the devastating image of him that his family had shared with media of Tremont in his hospital bed, his head badly swollen and with a tangle of tubes coming out of him.

"You're that little boy," strangers say to Tremont, his parents said.

Tremont seems pleased to hear about his fame.

"I'm Tremont," he declared, holding up his hand.

A message to the driver

The DA can't explain why there were so many hit-and-runs in 2017, but he hopes people will learn from them.

Flynn also had a message for whoever hit Tremont. He vowed that if the driver confesses, that would be taken into account.

"I'm not going to let you go, but you can throw yourself at the mercy of the court and me, and we will take into consideration that you came forward and did the right thing," Flynn said. "I promise you. You have my word. I will make that known to the judge."

He said he hoped the driver will eventually do the right thing.

"You've got to ask yourself the question," Flynn said. "Do you want to live with this on your mind for the rest of your life?"