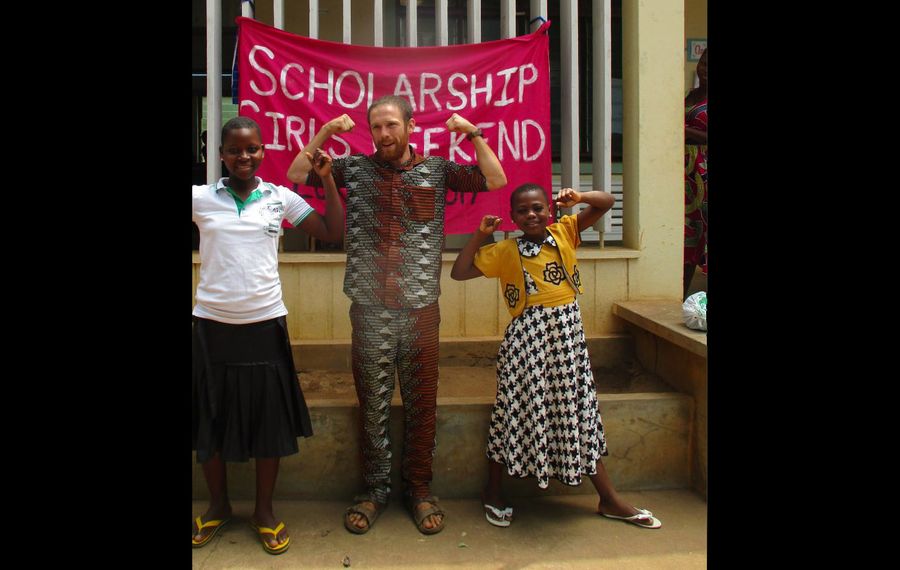 Troy Caruana, a 2009 graduate of Kenmore West and alumnus of Buffalo State College, is finishing his second year in the Peace Corps, volunteering in the Republic of Benin in West Africa.

He has spent two years in his adopted community, teaching English in an overcrowded classroom and helping build schools in the remote village of Ouèssè, where classroom space may be under tin roofs help up by branches. Young woman often do not have the same access to education and face dangerous conditions when they walk home in the dark after school, Caruana said.

Caruana has raised $13,000 to build three new concrete classrooms, which would enable classes to be scheduled exclusively during daylight hours.

Caruana said he would like to spend a third year with the Peace Corps and then pursue a graduate degree in international studies.