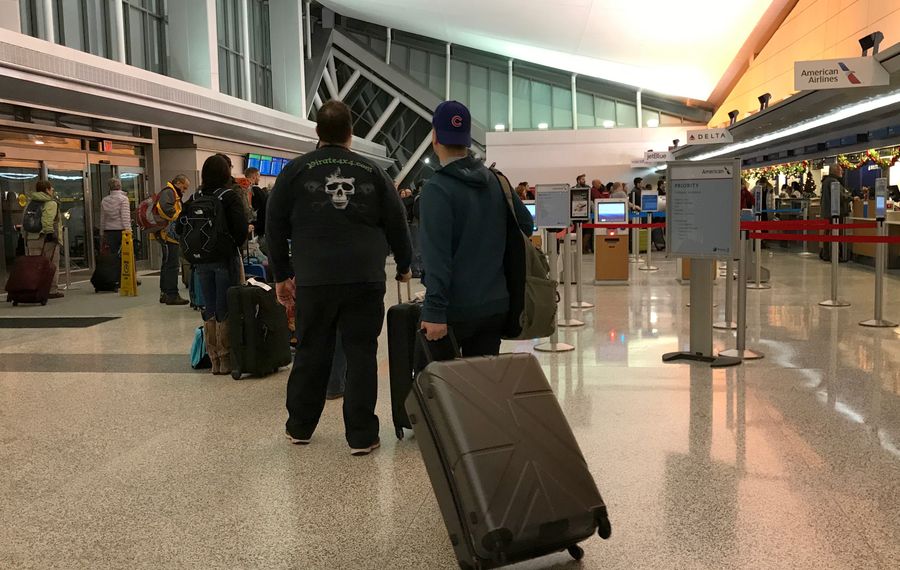 You might describe recent passenger traffic at Buffalo Niagara International Airport as in a “holding pattern.”

Recession, high fuel prices, airline mergers and the fluctuating Canadian dollar had all combined to keep the flow of air travelers in and out of Buffalo as healthy but relatively flat for the past several years.

But now the numbers are taking off. All five carriers serving the Cheektowaga airfield reported enplanement increases in November, marking the first time since 2011 that monthly totals of departing passengers reflect a positive trend.

Airport officials call the development “significant” and believe it will continue.

“It was the first time we did not see even one of our airlines have downward numbers,” said William R. Vanecek, director of aviation for the Niagara Frontier Transportation Authority. “It was just amazing to me.”

The trend is expected to continue with the addition of two airlines at Buffalo International. Frontier Airlines began service earlier this month to four Florida cities and will launch nonstop flights to Denver in April. OneJet  starts two daily flights to Albany in February and also plans nonstop service to Raleigh-Durham.

Airport officials are already reporting an enthusiastic response to the new services.

United led the field in November with an 18 percent increase in enplanements, or the number of passengers boarding flights at Buffalo. Southwest, one of Buffalo’s other major carriers, recorded only a 1 percent hike, but Vanecek said it adds up to a positive trend unseen for many years.

Problems loomed for the airport as far back as 2008, Vanecek said, when the recession hit and air travel suffered. Then a round of airline mergers reduced choices, raised prices and discouraged air travel. They included Southwest combining with AirTran, Continental with United, Northwest with Delta, and USAirways with American.

“There was a major consolidation in the industry and Buffalo had all these carriers,” Vanecek said.

“We saw this downward trend and it was frustrating year after year,” he said.

Vanecek said the improved trends are reported across the country, but are felt most acutely in places like Buffalo that were hit hard by the wave of airline consolidations and the corresponding loss of flights.

Better service that includes direct flights to major airports like Los Angeles has also helped bolster the numbers, he added. Since JetBlue added non-stop service to Los Angeles, Vanecek said, an average of 217 passengers per day board those flights compared to 119 on previous service that required changing planes in Chicago or another hub airport.

“And there have been minimal losses at other airlines,” he said, explaining that carriers still requiring a change of planes en route to Los Angeles have not been affected.

“That’s a big deal for us,” he said. “It also says the long-haul market can work.”

As a result, the NFTA is seriously exploring other West Coast destinations such as San Francisco. And the new numbers can help make the case for expansion to new markets.

“The Bay Area is high on our list,” he said. “This information will be very helpful when we sit down to talk about it with the airlines.”

In addition, Buffalo International continues to record improved numbers from travelers flocking over the border from Ontario. The airport has long lured Canadians because of its ease and lack of congestion compared to Toronto’s Pearson International. And bargains await Canadian patrons because of the deals offered by a stronger U.S. dollar.

“It’s still very solid,” Vanecek said. “We’re are seeing Ontario plates on 30 to 35 percent of the cars parked in our lots.”

Improvements slated for Buffalo International will only help drive up the numbers, he added. Design is 95 percent complete on a new $70 million baggage handling system that will result in a two-story addition when largely completed in 2019. It is the one area that has not received major attention since the new airport opened 20 years ago.