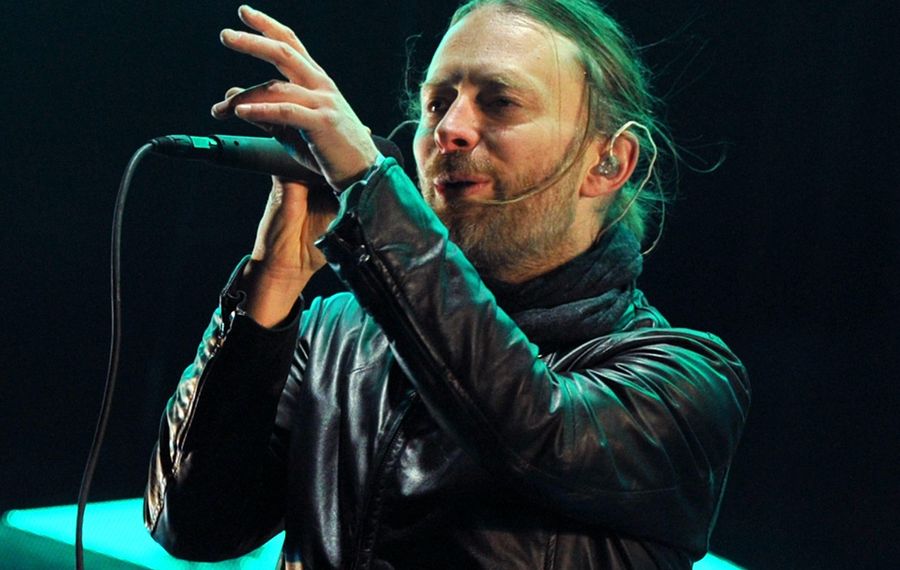 Our experience of music is subjective, so arguing about the value and meaning of a particular artist's work in opposition to work we consider of lesser merit is silly.

(Interesting thoughts for a guy with "music critic" next to his name, no?)

Regardless, clarifying argument is often cathartic, discourse is often a good thing, and reflecting on our own inclinations with enough discipline to effectively present them in language an even better one. Which is a long way of saying Radiohead being passed over for induction into the Rock and Roll Hall bums me out, but not as much as the band's poor showing in the "Fan Poll" portion of the voting does. I find it disheartening that this daringly original band whose work continues to stretch the envelope of popular music possibility, while simultaneously maintaining immense commercial popularity, came in last in that survey.

I was moved to seek out someone to share my despair. I thought I had found one in the form of Brad Osborn, assistant professor of music theory at the University of Kansas School of Music. Osborn is also a major Radiohead fan. In his book "Everything in its Right Place: Analyzing Radiohead," he offers insight into the music of the world's only arena-sized Art-Rock band.

I asked Osborn why Radiohead, one of the most influential bands of the past 25 years, got snubbed by Rock Hall voters.

He told me to get over it.

"Well, I think you hit the nail on the head with the '25 years' part," Osborn replied. "An artist is only eligible for induction 25 years after their first release, which means that this was only the first year Radiohead was eligible. The short list of bands that made it into the Hall in their first year of eligibility is legendary: The Beatles, Led Zeppelin. A generation later, Pearl Jam, Nirvana. So, I have no doubt that Radiohead will be inducted - despite their apathy, or even antipathy (toward the Rock Hall) - soon. They might just have to wait one or two years."

Ouch. I now feel like an overzealous sports fan who wants their favorite player to win the MVP trophy at all costs, and then pouts when it doesn't happen. Let's push the Rock Hall snub to the side, then. Why did Osborn feel that Radiohead warranted the sort of rigorous examination he afforded them in his book? The answer, revealingly, is written into the music itself and its primary songwriter, Thom Yorke.

"Yorke tends to play what feels right at the piano, which often transcends norms of classical voice leading," Osborn said. "For example, in 'Pyramid Song,' 'Burn The Witch,' and a host of others, he just moves a bunch of major chords all over the piano, which obliterates our classical understanding of key signature, forcing us to hear a broader tonal palette as the tonal center for a particular composition."

I like the whole "forcing us to hear a broader tonal palette" idea, because I do tend to look at art as an expression of defiance - against the dying of the light, against mediocrity, against the dulling qualities of rote repetition, and so forth. Maybe I love Radiohead because the band continues to surprise me. Maybe I love them because I hear in their music a minimalism that recalls some of Miles Davis' late '60s and early '70s electric albums, the looped phrasing patterns of Steve Reich, and the grandiosity and thematic development of latter-day Beatles and Pink Floyd. They give me things that the majority of modern pop music simply does not.

I also find it interesting that a healthy portion of the jazz musicians I know - many of them not even born at the time Radiohead released "OK Computer" - find Radiohead fascinating.

"A lot of what drives contemporary pop music — by which I mean songs made up primarily of three- or four-chord loops — is something that people have called the melodic-harmonic divorce," Osborn opined. "In this kind of contemporary pop-rock practice, any counterpoint is more-or-less accidental; there is a set of chords going on, and a melody in the vocals, and while they’re both in the same key, there isn’t much in the way of planning exactly which melody notes line up with which chords. It’s just two separate layers running at the same time.

"Radiohead, by contrast, rarely uses chord progressions that stick to one key, and so I think that they have to be a little more careful in planning which melody notes they use over those chords. In that way, Radiohead is more like jazz: You aim for singing/playing the essential melody tones within a chord, and sometimes that leads you to play notes that are outside of a single key."

That explains in theoretical terms what I've been intuiting all along. What it doesn't explain is the fact that Radiohead plays stadiums and arenas, not small clubs. Isn’t it rare for music that is this willfully experimental to also be commercially successful?

"It is totally rare," Osborn replied. "The only comparable band is the Beatles. It has to do with that balanced middle-space between experimentation and convention. Too much of the former and you definitely wouldn’t play stadiums. Too much of the latter and we wouldn’t be having this interview about how interesting they are! 'Sgt. Pepper' and 'OK Computer', released exactly 30 years apart, both ignited this same spark, where people felt that the music was at once accessible, yet a complete breath of fresh air."

It's all beginning to make sense to me now.