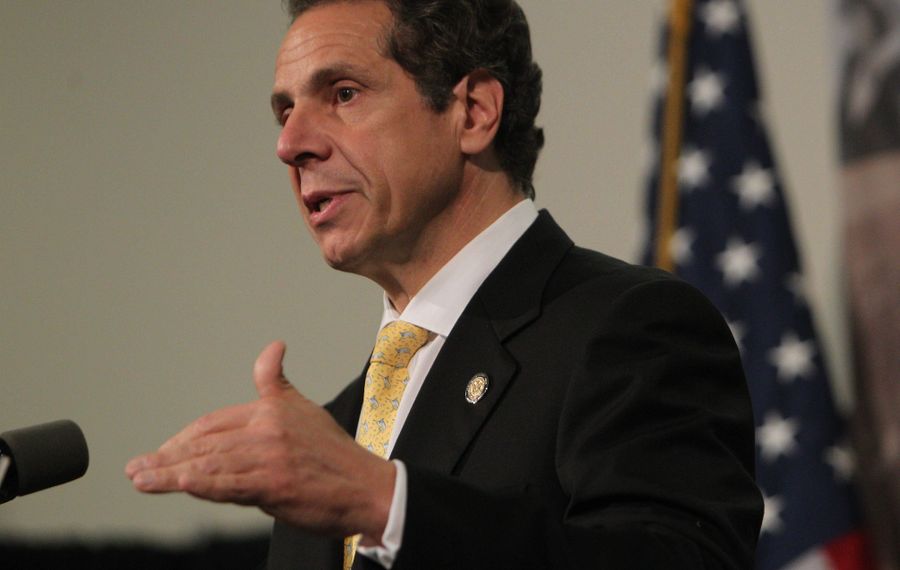 ALBANY – Gov. Andrew Cuomo isn't a defendant and he doesn't expect to be a witness when the first public corruption trial involving a former member of his administration and some of his biggest contributors begins next month.

But from the opening moments, potential jurors are likely to hear Cuomo's name in a trial that could have political implications for the governor and his 2018 re-election plans.

“Do you have strong positive or negative views about Governor Cuomo or his administration?” Acting U.S. Attorney Joon H. Kim recently wrote as one of his proposed list of questions for potential jurors.

“Based on anything you have read, seen or heard about this case or about any allegations of bribery or corruption related to the governor’s office, have you formed any opinion about any of the defendants that might make it difficult for you to be a fair and impartial juror in the case?’’ defense lawyers proposed as a question for jurors.

After hundreds of motions and other legal maneuverings over the past 14 months, lawyers for both sides have now begun the nitty gritty work that paves the way for the trial to begin Jan. 8 of Joseph Percoco, a longtime close associate of Cuomo, and three businessman charged in a bribery, fraud and extortion corruption scheme.

Until recently, prosecutor and lawyers for the Buffalo Billion defendants have been waging a voluminous legal paperwork battle before a federal judge over evidence, legal soundness of the charges and timing and location for the trials.

In a court filing last Monday, lawyers for the four defendants submitted a proposed questionnaire for prospective jurors.

In its succinct description of the criminal case, the lawyers said the charges against their clients involve “public corruption offenses involving the New York State Governor’s Office.’’

The January trial involves an alleged bribery scheme that personally benefited Percoco, a close friend of Cuomo’s and a once-senior member of his administration. Three executives with a downstate energy company and a Syracuse development firm, called Cor Development, are also defendants in the case. A who’s who of political, government and business insiders are expected to be called to testify in the case; it is uncertain yet whether Cuomo will testify.

On Friday, Cuomo was asked during a conference call with reporters what role he thought he might play in the January trial. "I don't know. You'll have to talk to the U.S. Attorney,'' was all Cuomo would say.

The Percoco case came out of an investigation by the U.S. Attorney’s Office in the Southern District of Manhattan into the awarding of contracts in the Buffalo Billion economic development program. A second trial is set for early next summer; that one will feature the awarding of a deal to Buffalo’s LPCiminelli for the Buffalo Billion solar plant project at RiverBend. Its defendants include three former top LPCiminelli executives and former SUNY Polytechnic head Alain Kaloyeros.

Certain to be an issue in both trials will be questions about donations made by defendants to the governor’s campaign. That was made all the more clear by Monday’s juror questionnaire submission by the defense lawyers. “Do you have any feelings about individuals and companies that make relatively large campaign donations to political candidates?’’ states question number 10 in the submission.

The case continues a more than a decade run of Albany-related corruption cases. Prosecutors, in a filing by Kim, the acting U.S. Attorney, seemed to suggest that legacy in their own separate set of proposed juror questions: “Does the fact that the charges involve alleged corruption in New York State government make it difficult for any of you to render a fair verdict?” Prosecutors want to be able to ask potential jurors if they or someone they know have worked for the state government and if they’ve given donations to a New York State politician.

The final round of requests being made this month to the judge in the Percoco trial are not limited to legal strategies over juror selection.

There have also been the curious requests, like Monday’s letter from lawyers for Peter Galbraith Kelly Jr., the downstate energy company executive and one of the January trial’s four defendants. They don’t want prosecutors to be able to use the term “a/k/a” in referencing Kelly’s nickname “Braith.’’

“The ‘a/k/a” formulation – which suggests that ‘Braith” is a street name or alias – is unnecessary and unfair,’’ the lawyers wrote the judge.

If there were any lingering doubts about the Percoco trial kicking off in January, it ended last week when Caproni emptied her box that had been filled with various motions from defense lawyers dating back to at least last summer. She rejected various attempts to dismiss the government’s case and, reaching ahead to next year’s Buffalo Billion trial, denied a request by lawyers for the Buffalo defendants at Ciminelli to have their corruption trial held in Buffalo instead of Manhattan.

The next afternoon, the four defendants in the Percoco January trial came before the judge to be arraigned on an amended indictment filed by prosecutors in September. The four men, once again, pled not guilty. Appearing with them were 15 attorneys – 11 representing the defendants and the rest were lawyers from the U.S. Attorney’s Office.

Next on the judge’s calendar: a final status hearing on December 28. The judge late last week also imposed deadlines for a series of final submissions by the sides, including a December 26 deadline for prosecutors to turn over their complete witness list for the trial.

For his part, Cuomo said last week that he does not expect to testify and that he does not believe the Percoco trial will be a distraction for his administration. The trial, though, comes as a new session of the Legislature is starting and Cuomo is in the midst of laying out his fiscal and policy agenda for 2018.

As innermost adviser to Cuomo since ’90s, Percoco was family’s ‘third son’