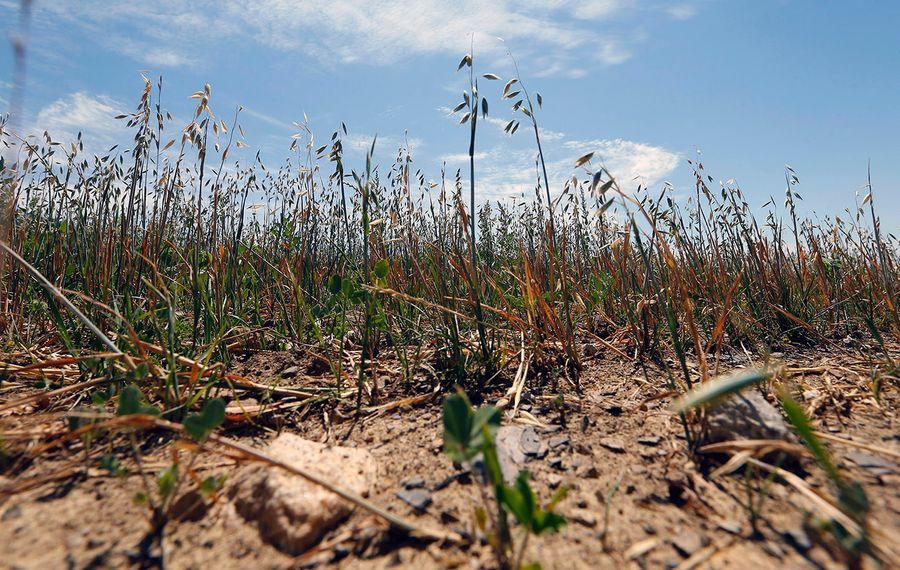 In his recent National Security Strategy speech, President Trump didn’t mention climate change as one of our national security threats. To the contrary, his primary mention of climate change sought to heap praise on his efforts at fossil fuel deregulation so as to increase our energy independence.

No one would try to put climate change on the same footing with North Korea and terrorism as a threat. Over time, however, climate change will become more and more important as a threat to our security for a host of reasons.

An article in the Huffington Post pointed out the contradiction between the new Trump doctrine and a document he signed just a week earlier: the National Defense Authorization Act. That act contained language that addressed the growing stresses on third-world nations in arid regions facing increasing drought and grave water shortages. Water issues can lead to starvation, border wars, failed states and increased risks of strife and terrorism. From the Office of the Director of National Intelligence:

Many countries will encounter climate-induced disruptions — such as weather-related disasters, drought, famine, or damage to infrastructure — that stress their capacity to respond, cope with, or adapt. Climate-related impacts will also contribute to increased migration, which can be particularly disruptive if, for example, demand for food and shelter outstrips the resources available to assist those in need.

The pertinent section of the act states that 128 U.S. military installations could be affected by climate change, primarily the ongoing rising sea levels that may make docking areas in naval bases unusable for large draft ships such as carriers and freighters. (I recall that a guest lecturer vice admiral at an American Meteorological Society conference a few years back pointed out these growing hazards for many naval facilities.) There also is a strategic $1 billion early warning Air Force radar installation in the Marshall Islands that is likely to be submerged within two decades. The Defense Department already reports damage to our arctic installations, including radar and communications bases, from melting permafrost, rising sea levels and erosion.

Secretary of Defense James Mattis has stated: “I agree that the effects of a changing climate — such as increased maritime access to the Arctic, rising sea levels, desertification, among others — impact our security situation.”

Gen. Joseph Dunford, chairman of the Joint Chiefs of Staff, and his individual chiefs of staff have also signed on to climate change's being a national security issue.

Climate change is not a new challenge to the U.S. armed forces. In 1990, the Navy issued a 73-page report titled “Global Climate Change Implications for the United States,” which found that “naval operations in the coming half-century may be drastically affected by the impact of global climate change.”

Despite military research and policy initiatives, the military has been criticized by the Government Accounting Office and others for failing to adequately address the possible and probable impacts of climate change.

Some limited military planning is now part of doctrine and operations, with or without current presidential recognition of the hazards. Some of the greatest of those hazards will be tied to geopolitical stress and conflict that will increase — no pun intended — the number of hot spots on the globe by which foundations for more terrorist groups will take root and fan out. Institutions such as the National Defense University and the Army War College are invested in studying and preparing for these eventualities.

Hopefully, White House Chief of Staff John Kelly,  Mattis and National Security Adviser H.R. McMaster will be able to get President Trump’s ear on these issues, so that the president at least can mentally amend his National Security Doctrine.