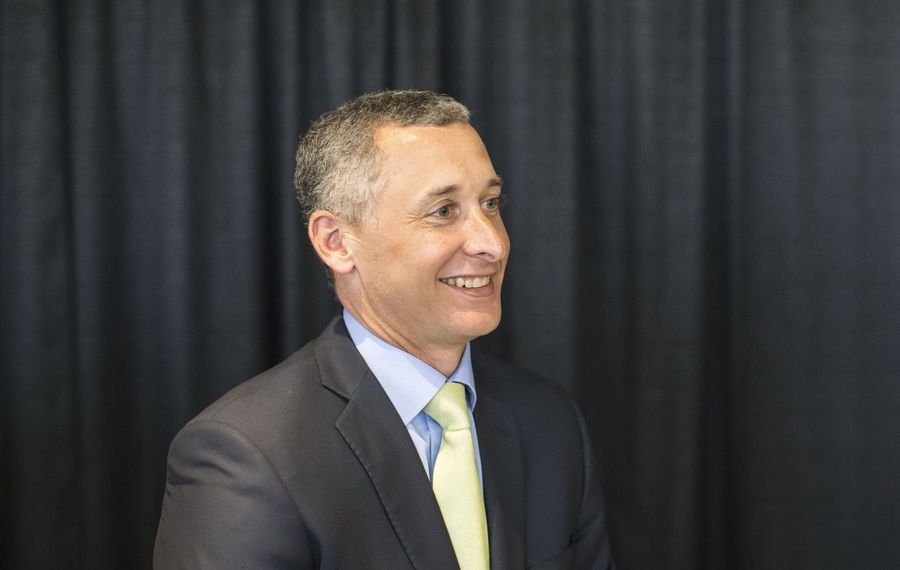 It also delighted and relieved Wall Street, which revels in predictability and hates surprises.

"If you would have polled everybody on Wall Street and said who would you most like to see as the next CEO of this bank, they would have said Rene Jones," said Richard X. Bove, a veteran bank stock analyst, now at Vertical Group.

Jones, 53, had been the face of the bank to Wall Street analysts and investors for more than a decade, as chief financial officer of the Buffalo-based bank from 2005 until May 2016, when he was promoted to oversee several business lines to broaden his experience and skill-set.

He spoke to investors regularly both on the phone and in person at conferences, and was more visible to many even than Wilmers.

"He's the guy that most people on Wall Street know, because he has been doing the conference calls, meetings, and quarterly reports with analysts up until about a year ago," Bove said. "So people in my business know him, like him and trust him, because they've been dealing with him for such a long period."

Jones is taking charge at M&T at a time when the bank is finally moving past regulatory challenges that proved both costly and restrictive in the last few years as it bulked up its systems to detect money laundering. Federal regulators barred M&T from making any acquisitions until earlier this month.

The bank also is getting a boost from other quarters. New federal rules will save M&T money by grouping the bank with mid-tier banks, from a regulatory perspective, rather than the nation's biggest banks that face the strictest oversight. The cut in corporate taxes also will bolster M&T's profits.

Two rival banks, Wells Fargo & Co. and Fifth Third Bancorp, already have joined other corporations in announcing they will increase the minimum wage for their own employees to $15 an hour. Bove speculated that M&T, under Jones, may face pressure to follow suit, or to lower fees and loan pricing for customers

"These corporations realize that to blunt the blow of getting this big tax cut, they're going to have to share the wealth," Bove said. "It's going to be the first task that Rene Jones has to deal with."

M&T executives also have said they plan to return to the acquisition trail now that federal regulators have lifted their restrictions on the bank's growth. But analysts don't expect any thing radical.

"The target has to line up and the price has to be right," said Brian Klock, a bank analyst at Keefe Bruyette & Woods in Boston. "I don't think you'll see Rene stray from the way M&T has executed its transactions."

Finally, it will now be Jones and Gold taking more of a leadership role in the community, Klock said.

"We won't see that as investors, but you'll see Rene being more visible around the footprint and the communities M&T is in, meeting with customers and helping to drive business more than he did in the past," he said.

Indeed, that's reflected in the bank's stock performance so far this week, since Wilmers, 83, died unexpectedly over the weekend at his home in New York City.  M&T shares have risen from $170.89 on Friday to $173.59 Thursday.

To be sure, all bank stocks have surged this week, on widespread expectations that they will benefit from the drop in the corporate tax rate. But the fact that M&T enjoyed the same rising tide shows that investors didn't see anything alarming or surprising in Jones' promotion.

"I'm extremely bullish on the appointment of Rene Jones as CEO for M&T," said Kevin St. Pierre, an analyst at Sanford C. Bernstein. "It's really rare in my business to come across a CFO as Rene was whom you have full confidence that could step in and be the CEO for the whole company. I've always felt that way about Rene, and I think most investors have as well.

"And I think it's evident in the stability and the strength of the stock since the weekend. People know that M&T has such a deep bench, and Rene was right at the top of that bench," he said.

Jones, an M&T veteran who joined the bank in 1992 and worked his way up the ranks, was promoted Wednesday evening along with Richard S. Gold, who was named president and chief operating officer. Both had been among three vice chairman running the bank's businesses and day-to-day operations, while Wilmers was perceived as focusing on big-picture strategic matters. The other vice chairman, Kevin Pearson, remains in his role as head of commercial banking and credit. All three have been with M&T for over 25 years.

"It's hard to replace someone like Bob, but M&T's strength is that they have a good bench and a deep bench of executives who could lead any large bank," Klock said.  "The fact that the board decided that Rene and Rich would be the two team executives to run the bank from here shows the confidence in those two." 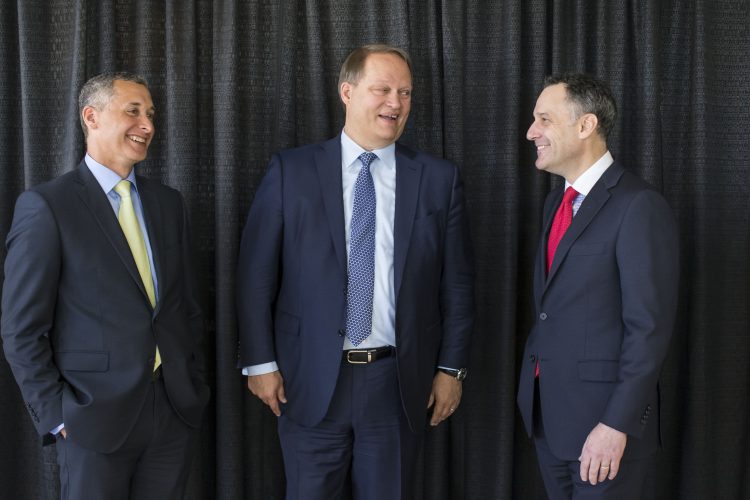 Wilmers had long been the dominant force behind M&T's success and growth into one of the nation's 20 largest banks, having run the company since 1983. He was credited with instilling a conservative culture that focused on serving customers and communities rather than taking undue risks on higher-margin businesses. He grew the bank through a series of 24 acquisitions over nearly 35 years - from $2 billion in assets to $120 billion, from 51 branches in one state to 783 in eight states and the District of Columbia. But he was always cautious about not overpaying or stretching the bank too far.

Jones, Gold and Pearson effectively grew up in that culture, building M&T step by step and executing on Wilmers' strategy and philosophy; it's what they know and live by. And given Wilmers' emphasis on promoting from within, it was clear to all that his successor would come from among them.

"This has been pretty well-telegraphed. He's been groomed for this position," said Marty Mosby, a bank analyst at Vining Sparks in Memphis. "Rene has been in the fire. He's shown himself to be a good leader... If it had gone a different way, it would have been more of a surprise."

Bove noted that Jones has been an "integral" part of "sorting through the financial crisis" and completing the major acquisitions like Hudson City Bancorp and Wilmington Trust Corp. So he's been as much responsible for getting the bank through those changes and challenges as anyone else, and is unlikely to make significant changes going forward.

"I would be shocked or amazed if there was any change in direction of the company because he's had a big hand in putting it where it is today," Bove said.

So while Wilmers' death came as a shock to many both inside and outside the bank - including to the broader Buffalo community - it's causing only sorrow, not worry.

"It's more of a personal sadness, because Mr. Wilmers was a pillar in the bank community," Mosby said. "He was very well-respected. We all admired and respected Mr. Wilmers so much, you wanted him to be able to retire and ride off into the sunset."

Klock - a Grand Island native - worked at M&T in Buffalo for 10 years, and said he admired what Wilmers had built.  "Whenever you think of M&T, you think of Bob. Rene very well qualifies, but it's kind of like having to follow in Michael Jordan's footsteps," Klock said.

But overall, they said they don't expect Jones change how the bank is run.

"I don't think we're going to see any surprises," Mosby said. "This group was very involved in setting the direction of the company. It's not like we're bringing someone in from the outside. They'll read from the same script for the time being."