Colter Bay, at Allen and Delaware, was on my no-go list for years before I became a professional eater. The main reason was a night in 2007 where entertainment included a Sabres game and a young man in a fraternity sweatshirt spilling a beer on me, then challenging me to a fight.

Since Mike Shatzel and company reopened the place last year, things have changed. If a frat boy dumps a brew on you at Colter Bay today, chances are it's going to be a much better beer. The craft beer czar of Buffalo expanded its drafts to 44 taps, including six ciders.

An extensive remodel opened the space up and new decor gave it the air of a Rocky Mountain ski lodge. Add an upgraded food menu with worthy choices from snacks to dessert, and I was done missing Blue Monk. 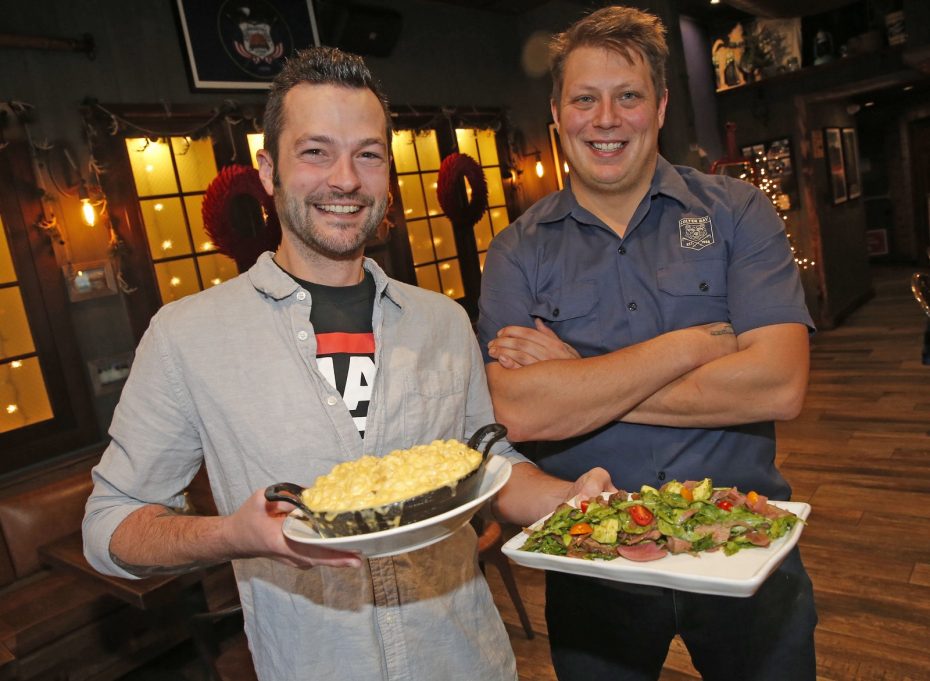 Blue Monk's duck fat fries didn’t make their way to Colter Bay, but chef and partner Tony Martina, formerly of Blue Monk, offers regular and sweet potato fries that might be better. They're part of a gastropub menu brimming with hearty plates sporting an unusually high percentage of made-from-scratch components.

Take the Scotch egg ($5), for instance. A softboiled egg is surrounded in sausage, then rolled in crumbs before deep-frying. Cut in half, the yolk oozes out to add unctuousness to smoky maple bacon aioli. Down a brace of these indulgent orbs and you've got all the fuel you need to shovel your way home. 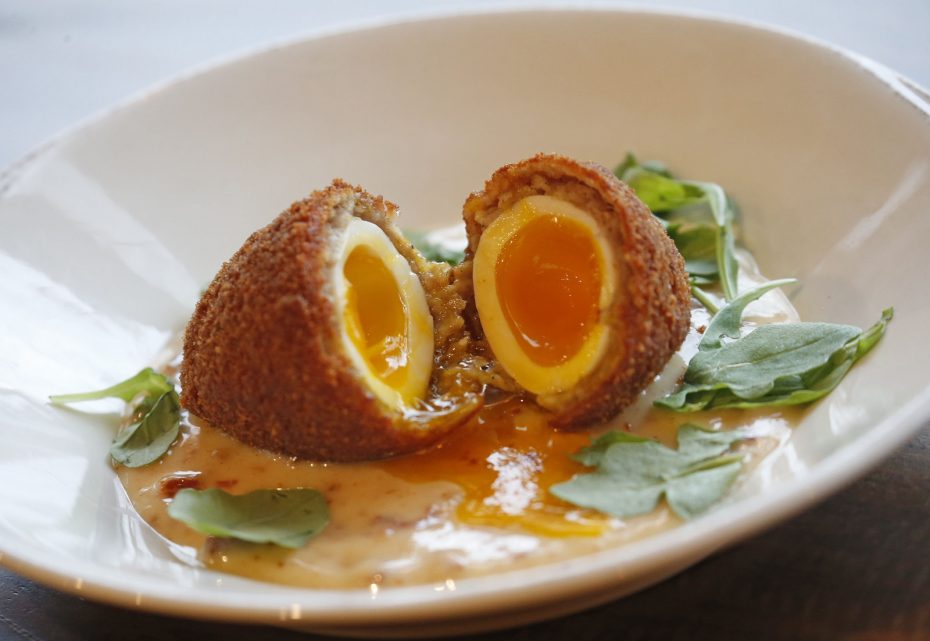 The crunchy tang of housemade red sauerkraut lifted the pig in a blanket ($6). An all-beef hot dog is wrapped in a puff pastry jacket and baked, then jazzed up with Weber's mustard and curry ketchup for a diverting snack.

Potato skins ($10) had all the components – scooped out potatoes, bacon, extra sharp cheddar, sour cream, scallions – but disappointed for their soft thickness. My ideal potato skins are edged in crispness, and the potato-topping ratio was heavy on the potato side. In other potato matters, both regular and sweet potato fries, made in house, are among the best in town. 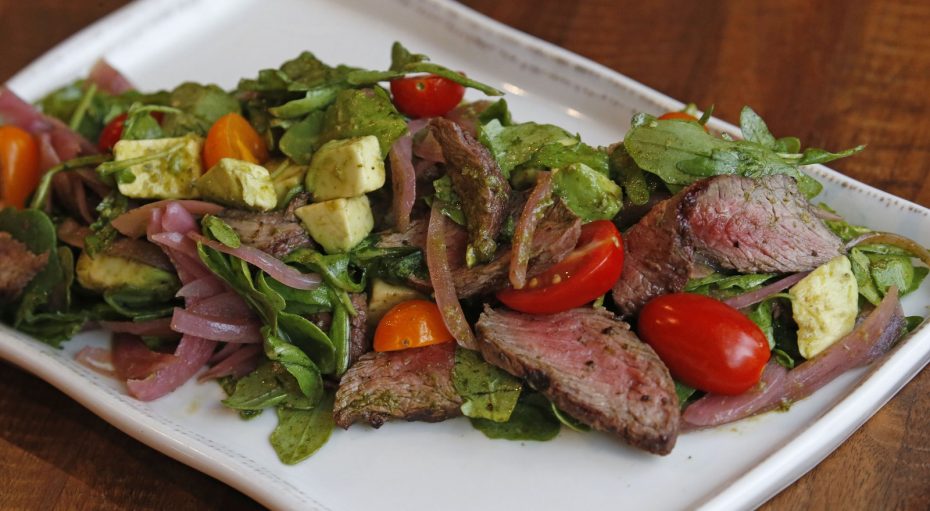 Mac and cheese ($5 side, $12 appetizer) was a hit for its standout ingredients. Extra sharp cheddar, fortified with applewood smoked bacon and caramelized onions, plus a topping of crushed ripple potato chips, made this a must-try for mac and cheese mavens.

Sandwiches, which come with regular fries or chips, are a strength. The Kaisertown ($14) successfully upgrades the time-honored tavern classic fried bologna sandwich. 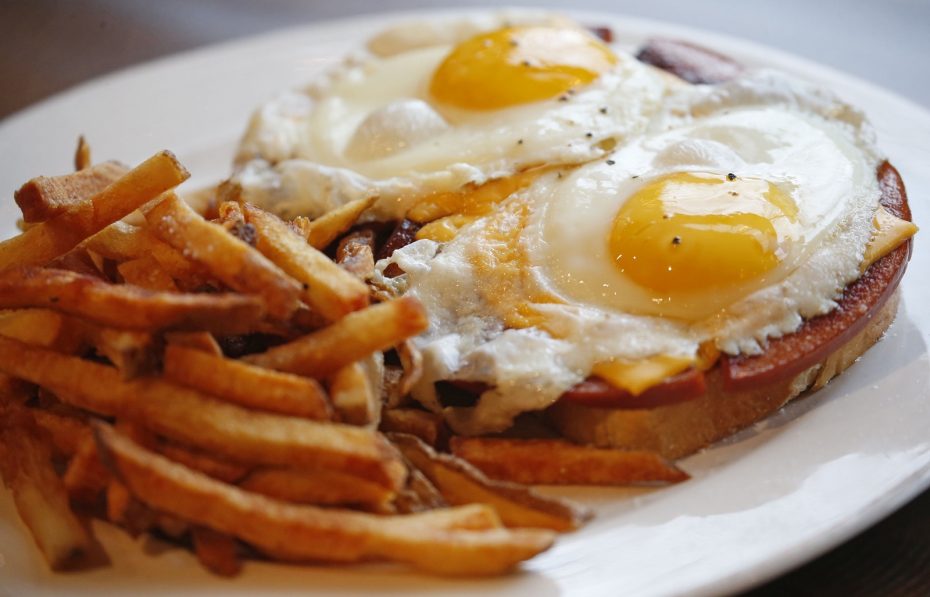 A short rib melt ($14) on Breadhive sourdough added arugula, roasted garlic aioli, white cheddar and red onions to rich beef, but the effect was muted, less than the sum of its parts.

Yet a grilled chicken breast sandwich with barbecue sauce, cheddar and bacon ($13) succeeded, with moist chicken and properly crispy bacon.

An elk burger ($15) brought me back to the Rockies with its gamy heft, cooked to a rosy, juicy pink, and offered in a stout bun that soaked up its juices. It was a peak experience. Its musky notes were accented by a walnut-crusted goat cheese croquette and a touch of berry compote. 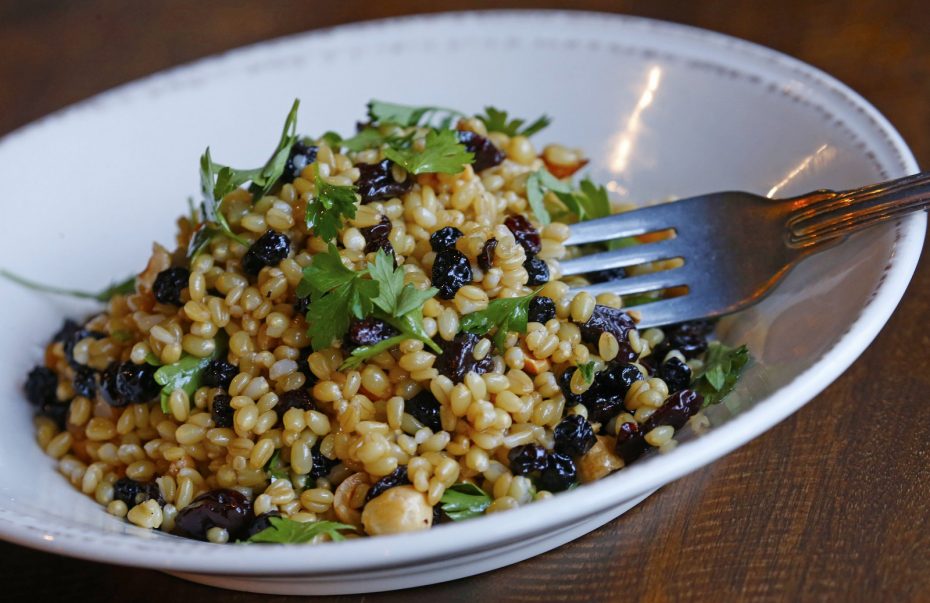 Here's another way you know it's not the old Colter Bay: think about saving room for dessert. Two housemade items won acclaim.

Enjoying such food amidst the tastefully rustic Christmas décor – and the year-round decorations, like galleries of dog portraits – made for a successfully updated Buffalo tavern experience. (As long as you imagine that the ski lift selfie station is from Kissing Bridge, that is.) Markedly thorough, patient and deft service was the ribbon on it all.

The inspirations for its makeover may have come from thousands of miles away, but the new Colter Bay feels like home. 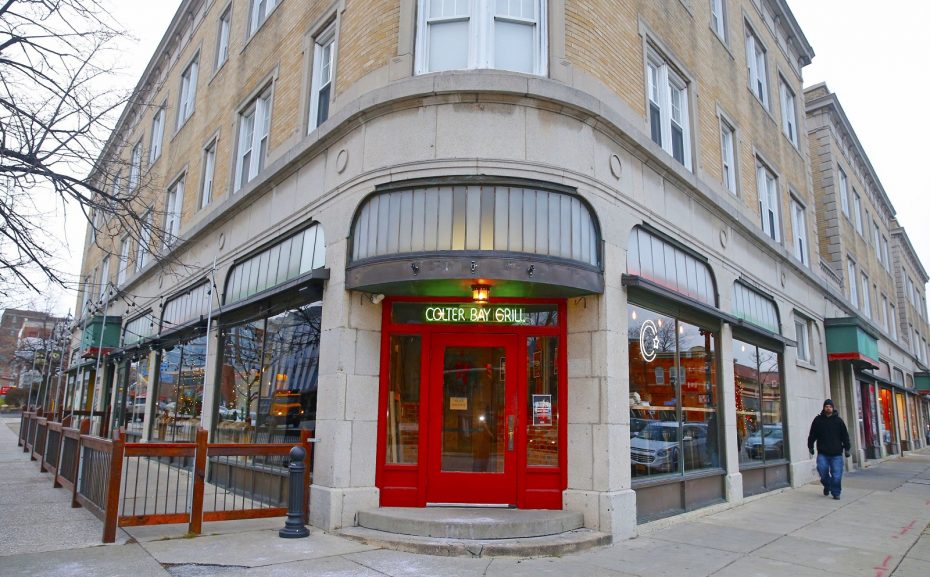