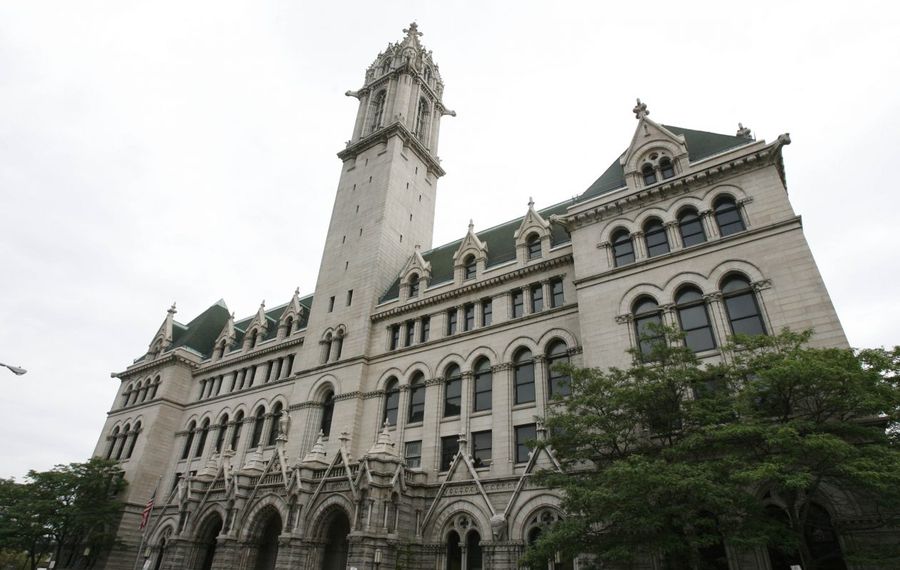 Three-quarters of students who entered a community college in New York failed to earn a degree within three years, according to a recent Center for an Urban Future analysis of graduation rates.

A quarter of the 56,000 students who entered 36 community colleges in the state in 2013 graduated by 2016, and less than a third of students who started in 2010 completed their studies within six years.

Two-thirds of the state's community colleges had graduation rates under 30 percent. Just one school – Guttman Community College in New York City – had a graduation rate above 40 percent.

The report, "Struggling to the Finish Line," was released Thursday morning by the New York City-based think tank. It examined completion rates for full-time, degree-seeking students in community colleges and found a "distressingly low" statewide rate of 25 percent.

The graduation rate for community college students in Western New York was 27 percent.

The report said that a college credential has become an indispensable requirement for most good-paying jobs, but noted than an estimated 1.3 million New Yorkers who did some post-secondary study left college without a degree.

To improve completion rates at community colleges the report recommended:

Tom Hilliard, senior fellow at the center, said CUNY community colleges have improved their completion rates by providing a variety of non-academic supports for students, including intensive advising and paying for books and transportation.

"Instead of one intervention, they have all of these supports to keep students from dropping out," said Hilliard.

While the new Excelsior Scholarship program has helped spread an important message about access to higher education, Hilliard said the state needs to place more emphasis on helping students succeed.

He said many community college students routinely encounter life challenges that get in the way of their studies, such as finding and paying for child care.

"If we had more resources we would love to provide more wraparound services, whether it be child daycare, mental health services, case management," said Hocoy. "For us, it's a function of funding and insufficient resources."

Some community college students also are not prepared for college-level work, contributing to low graduation rates.

The college also began soliciting student feedback of their classroom experience two or three times during a course, rather than waiting until the course was completed. "That feedback helps the faculty know what's working and not working, so they can adjust accordingly," said Hocoy. And students will be receiving mid-term grades to let them know how they're doing in a course before it's too late.

The study relied on data from the City University of New York Office of Institutional Research and Accountability and the SUNY Office of Institutional Research and Data Analytics. The data include students who transfer from a community college into other CUNY or SUNY institutions, but don't include students who transfer into - and may or may not graduate from - non-CUNY or non-SUNY colleges.

Graduation rates sometimes don't reflect the full range of programs and student experiences at a place like ECC, Hocoy said.

The college, for example, has a pharmacy technology program that many students enter seeking an associate's degree. But Hocoy said pharmacies are in such dire need of employees that they have been offering good-paying jobs to ECC students with just a single pharm tech course under their belts. The pharmacies hire the students, who get paid and receive on-the-job training.

"We know people who are quote-unquote dropping out, but are they gainfully employed and are they happily so?" he said.