Despite local roots that date back to the early 1960s, the term Tom & Jerry is often met with blank stares, or comments about a rambunctious cat and mouse.

The classic winter cocktail's basic ingredients are rum, brandy and hot water mixed together with a customizable batter folded in and often finished with a sprinkling of nutmeg. Some drinkers prefer to stir the Tom & Jerry to blend all the parts together, while others enjoy the sweet top separately from the belly-warming bottom.

Tweaks can be made in the type and quality of spirits used, and vanilla extract or milk may be added to smooth an at-times harsh drink. The batter - which generally involve separated eggs, ample confectioner's sugar and a gentle-yet-tedious process of folding the ingredients together - can vary wildly from bar to bar.

"Assembling the drink is time consuming," said Greg Rohall, proprietor of Rohall's Corner (540 Amherst St.). "We're careful in how we put it together; for example, we'll add the boiling water slowly as not to ruin the batter."

5 winter stouts to savor all season

"Besides the fact that it has a lot of alcohol in it? Because it's nice and hot," said Mike McPartlan, whose family has been serving the traditional winter cocktail since the early 1960s.

McPartlan's Corner and The Place are considered the local businesses that have served Tom & Jerrys the longest, but recent adopters like Buffalo Proper and Mes Que have added a modern touch in spices and additional ingredients.

Although batter creation is arduous and often leads to sticky fingers, the extra effort is worthwhile for bar owners, as Buffalonians are willing to make a special trip for the drink each holiday season.

"Having a Tom & Jerry at Coles is a tradition for many people," said Stacey Shatzel, manager of the restaurant-bar at 1104 Elmwood Ave. "The restaurant is decorated to the nines, and when customers come in to have a cocktail, they feel like it is truly the holiday season."

"It brings a lot of nice people in the door who otherwise wouldn't come in here," added McPartlan. "It helps spread holiday cheer."

Here's a Google map to help you find where Tom & Jerrys are served in the Buffalo area. It's possible that we've missed some, but we've culled as many details as we can about each:

If you prefer to see the Tom & Jerry information in text, see below:

What distinguishes it: The family recipe, dating back two generations to 1951, is kept secret, although Hoak's touts its horseshoe-shaped bar as a welcoming place to enjoy a winter cocktail.

What distinguishes it: The same, thick consistency is apparent throughout; the components don't separate like other Tom & Jerrys. The flavor isn't particularly sweet, though, as there's less of a meringue-like foam and more batter. Creekview's recipe has been the same for more than 20 years.

What distinguishes it: Buffalo Proper's batter recipe is top secret, but the spirits used - Plantation Original Dark Rum and Laird's Apple Brandy - are a tier above well brands.

How long: Until the beginning of Lent.

What distinguishes it: Rivaling the Place in terms of how long they've served Tom & Jerrys, owner Mike McPartlan said the classic winter cocktail has been offered dating back to the early 1960s when McPartlan's was in South Buffalo. The restaurant-bar uses antique enamel cups for a special touch, less hot water than many competitors and replaces its batter more than once per day.

Served: Fridays and Saturdays through the end of December.

What distinguishes it: The Hertel restaurant-bar makes a traditional batter, but calls upon Jamaican rum and adds milk for a slightly different approach.

What distinguishes it: Fernet and spices are added to the batter. Amaro injects a different flavor into Mes Que's Tom & Jerry. The final product is a little less sweet than the traditional version.

Served until: End of March.

What distinguishes it: The West Side business is incredibly secretive about its Tom & Jerry batter. We have a hunch there's vanilla extract added to the drink, but the bar-restaurant will neither confirm nor deny.

What distinguishes it: Traditional winter cocktail fits snugly with Coles' thorough holiday decorations. The Elmwood bar's version tends to be more potent than most, and it boasts more of a foam than it does a thick, sweet batter.

Served until: One week into January.

What distinguishes it: The Place continues its long tradition of giving away Tom & Jerry mugs, emblazoned with the restaurant's name, with each "winter-warmer" cocktail. A gentle sprinkle of nutmeg finishes off the drink.

What distinguishes it: Co-owner Ellie Grenauer touts Glen Park's thick batter and inclusion of a cinnamon stick, which can be used for stirring and added spice. The winter cocktail has been served there for 15 years. 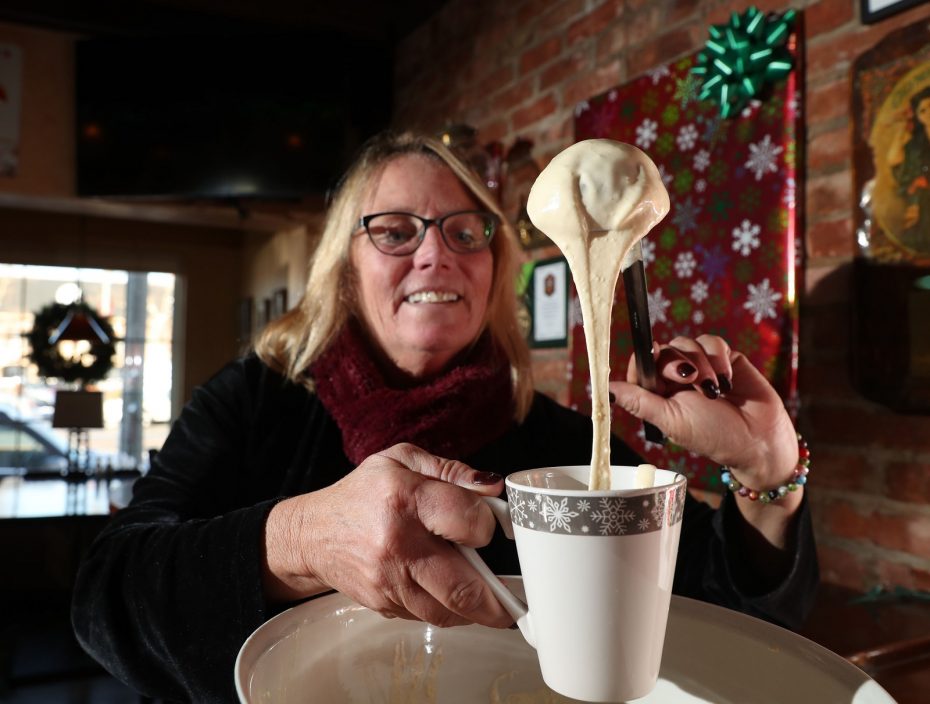 What distinguishes it: West Seneca restaurant starts serving Tom & Jerrys earlier than most - Columbus Day Weekend - and they're proud of their meticulous batter. 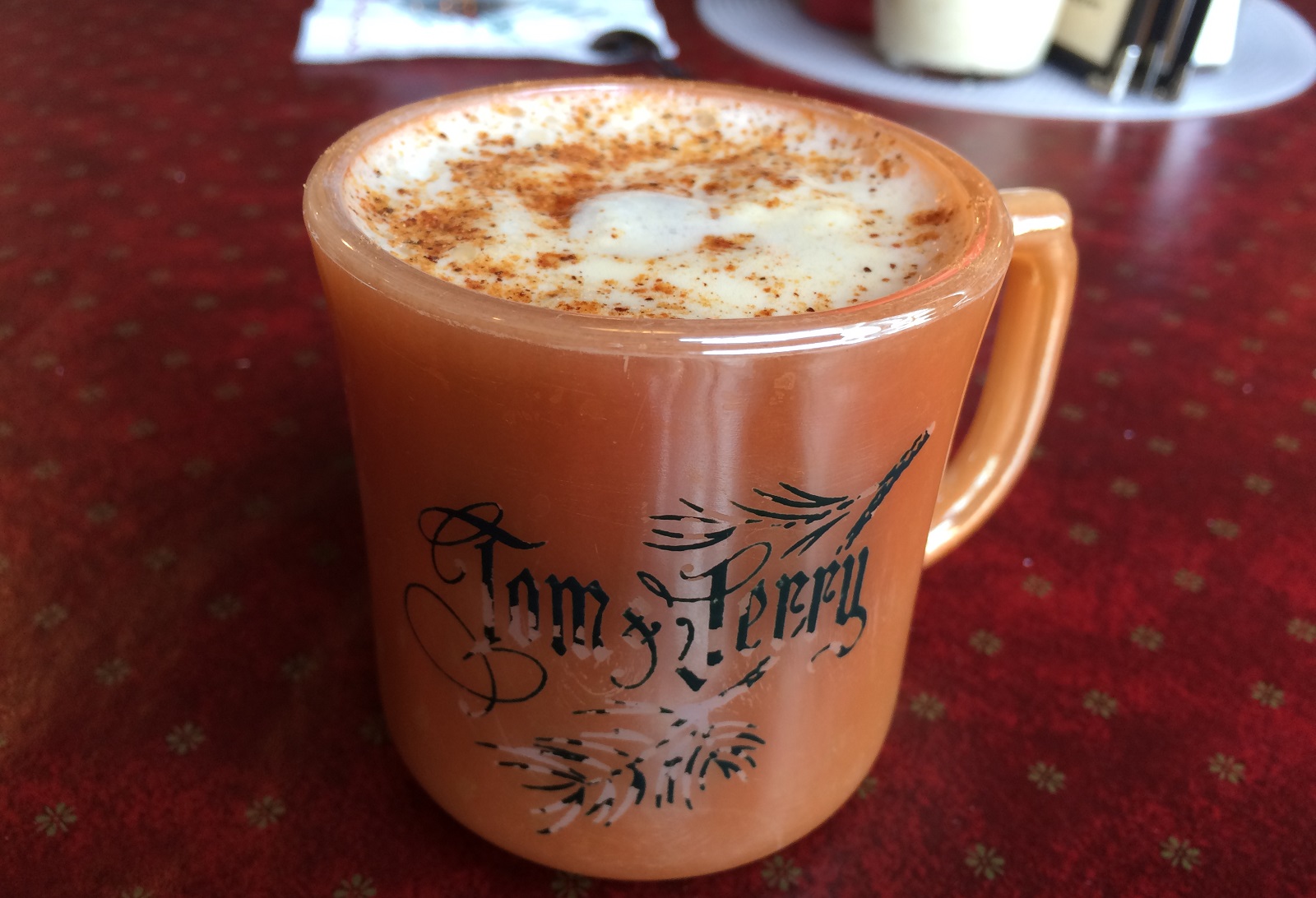 Schwabl's is one of the handful of restaurants in Western New York to serve Tom & Jerrys, hot alcoholic beverages made with brandy or rum, hot water and homemade meringue. (Joseph Leta/Special to The News)

What distinguishes it: Dubbed the "Tim & Jerry" after the owner and his son, Scharf's winter cocktail distinguishes itself by using a German brandy, a bit different than cognac.

Size: Roughly the size of a coffee mug; 2.5-ounces of liquor used.

Served until: Two weeks into January.

What distinguishes it: Smaller batches of batter mean a greater degree of freshness, and Rohall's doesn't use well liquor in its concoction. Dark rum deepens the flavor. 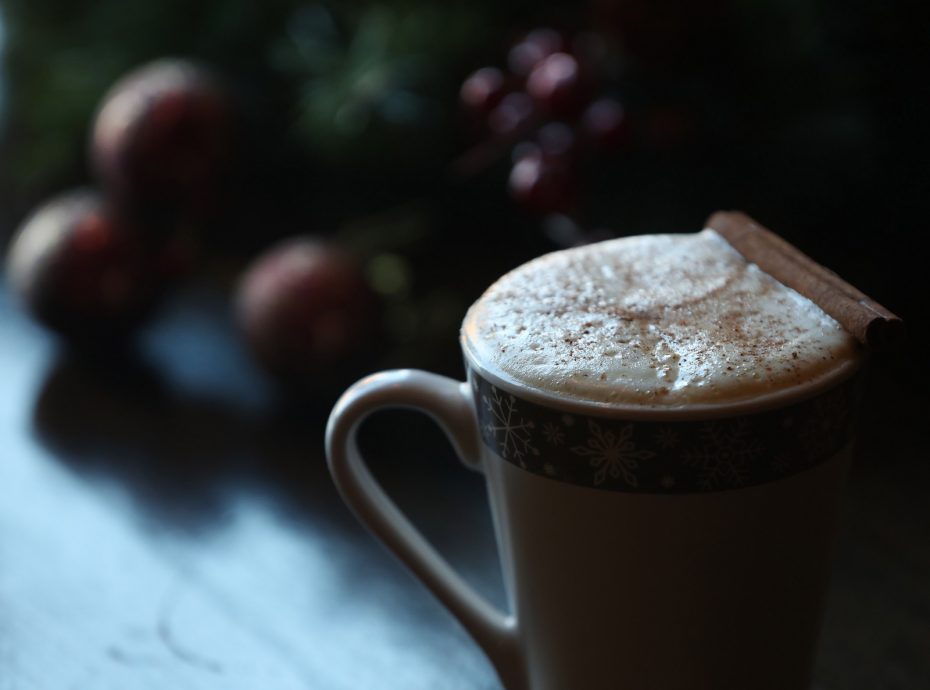 The batter that sits atop the Tom & Jerry is often - but not always - sweet. Here's Glen Park Tavern's version. (Sharon Cantillon/Buffalo News)

Served until: Available throughout the winter months

What distinguishes it: Fresh, housemade batter that's rich in flavor.

Did we miss your favorite Tom & Jerry spot? We tried not to. Please let us know if a business that serves the cocktail was left out.