After what he called "a humbling experience," Niagara Falls City Councilman Ezra P. Scott Jr.,  received a conditional discharge Wednesday. He had been on interim probation for six months after pleading guilty to driving while intoxicated. 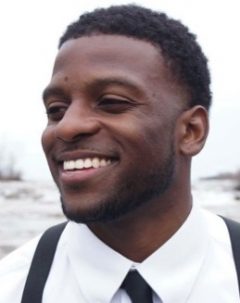 In line with the June 19 plea agreement, Lockport City Judge William J. Watson reduced the charge to a violation-level count of impaired driving, which does not give Scott a criminal record.

Watson imposed a fine and surcharge totaling $555 and suspended Scott's license for 90 days, although Scott can continue to use a hardship license allowing him to drive to and from work.

Watson presided over the case after all Falls judges recused themselves.

Scott, a first-time offender, crashed into a parked car and a pole March 11 on Hyde Park Boulevard in the Falls.

"He was not treated any differently from anyone else charged with DWI by the District Attorney's Office or by the court," defense attorney John V. Elmore said.