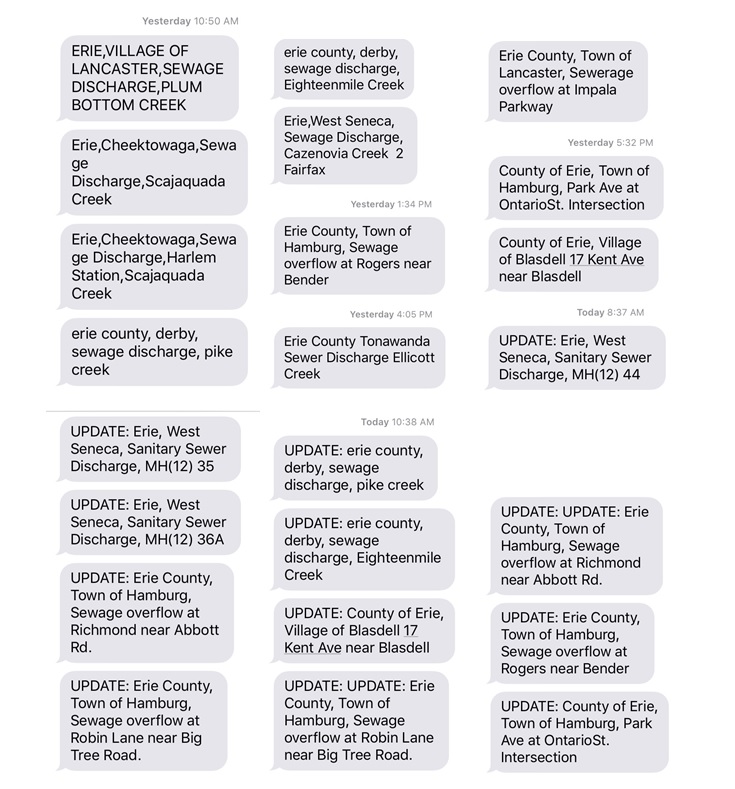 But, wastewater treatment plants are also inundated at other times of the year, including during the winter and spring after snow piles melt and the water finds its way into sewage systems.

For instance, at one overflow Tuesday in Hamburg, an estimated 630,000 gallons of untreated sewage was released into a drainage ditch near Rogers Road, according to an alert.

Millions of gallons of raw sewage at falls? Blame the rain