Six-year-old Emetrious Harless meant everything to his mother, Angel Harless, and she wanted to ensure his Christmas was brimming with happiness and toys. So she reached out to the Blue Mittens Project, which raises funds to help needy families during the holiday season.

On Monday, Emetrious and his mother were scheduled to go on toy shopping spree at Target with Cheektowaga police officers involved in the program.

But they never made it.

Emetrious' mother suffered a series of seizures Friday in their Cheektowaga home.

"He's so brave," said Crystal Moye, Emetrious' oldest sister. "He called for help and then he stayed with her."

Despite the child's efforts, Harless, 39, a mother of four, fell into a coma at Mercy Hospital and never recovered, said Moye. She was removed from life support on Monday. 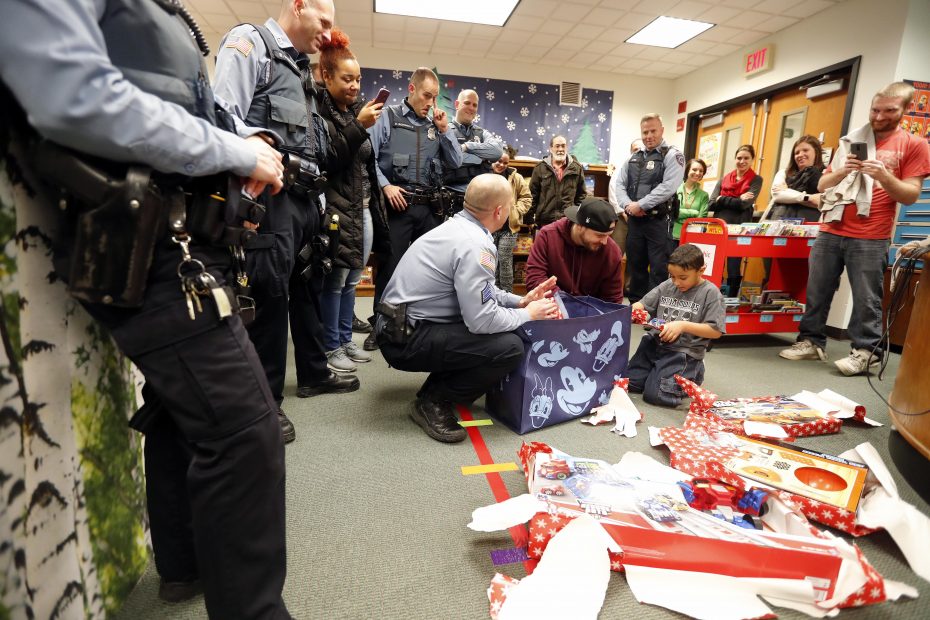 Emetrious Harless, 6, opens Christmas gifts given to him by members of the Cheektowaga Police Benevolent Association through the Blue Mittens Project. Cheektowaga police Sgt. Caleb Harte, left, and Jacob Becker, right, are with the boy at Union East Elementary School in Cheektowaga. Emetrious received the gifts on Wednesday, Dec. 20, 2017, two days after his mother, Angel Harless, died. (Mark Mulville/Buffalo News)

On Wednesday, Emetrious was surprised at school by Sgt. Caleb Harte and a handful of officers who presented a sackful of toys to the little hero.

With his two big sisters looking on, Emetrious got an early taste of Christmas as he ripped open package after package on the floor in the library of Union East Elementary School.

"A transformer!" Emetrious squealed, as he closely inspected the toy before reaching for the next.

"Another transformer!," he yelled. "But this one is a fire truck."

Harte knelt next to Emetrious, helping the boy to find unopened presents under the accumulating mound of wrapping paper.

"My mother was so excited about this," said Moye. "She called to tell me how he was selected for the project. He would be getting the toys and a ride in a police car."

Moye lives in Maryland and traveled to Buffalo by bus as soon as she heard her mother was hospitalized.

"I'm just glad he got to be happy about something," she said of Emetrious. "He doesn't fully understand what is going on now, but he will eventually, and I am not leaving him. I will be here." 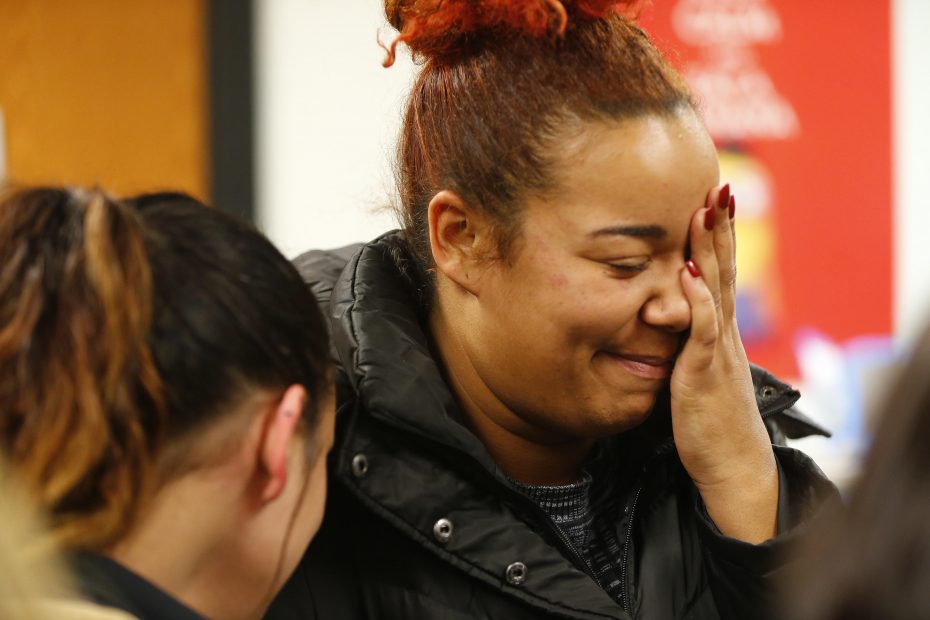 Harless was an organ donor, and her organs went to help three people, Moye said. Her family created a gofundme.com page to raise money to pay for her funeral.

"Every single dollar from that goes directly to taking these kids on a shopping spree," said Harte. "We took eight kids in four families shopping this year. We decided to bring the presents to Emetrious. We just wanted to brighten a day put a smile on his face after going through what he had to go through with his mother."

Blue Mittens, founded in late November of 2016, works in conjunction with the Hope Project of WNY to identify appropriate families in need.

"Hopefully, today we will have an impact on Emetrious' life and help him know that police officers support the community and are here for him," said Jacob Becker, president of Marketing Mayor. 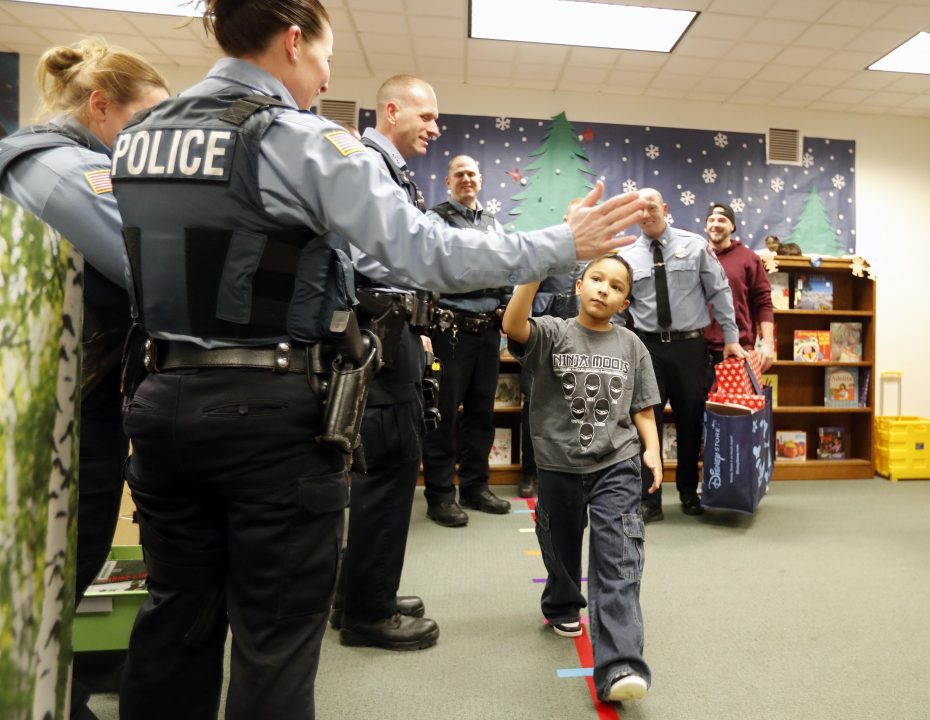 Emetrious Harless gives high-fives to Cheektowaga police officers before opening presents he received from them through the Blue Mittens Project at Union East Elementary School in Cheektowaga on Wednesday, Dec. 20, 2017. (Mark Mulville/Buffalo News)