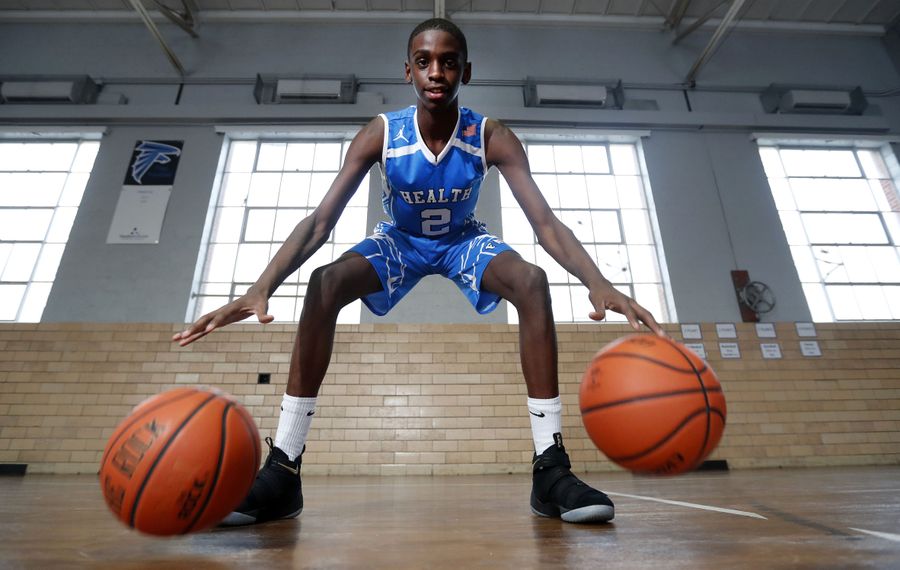 Davonte Gaines is one of the top facilitators on the basketball court in Western New York, but even the best need an assist every now and then.

The Health Sciences senior received perhaps the biggest of his young life from the hands of fate three years ago.

It was on that summer day at Roosevelt Park when the then 14-year-old Gaines was doing what he's always loved doing, playing basketball. In a blink, a scary fight broke out, which included someone firing off rounds with a gun.

Gaines got grazed in the leg by a bullet, but one of his friends did lose his life that day.

"It could have been the other way but God kept me here," said Gaines, noting the shooter was not aiming at him. "Wrong place at the wrong time. ... I'm just happy to be alive right now."

So too is his mother Denise Leonard, as Gaines does have a lot to live for. Just don't tell her that luck played a role in her child surviving the incident.

"There's always a higher power," she said. "I call it being blessed."

The 6-foot-8 Gaines is definitely blessed with many gifts, not just athletic ones. He's a good student with a good outlook. He's got on-court skills big and little men envy – but is so humble one wouldn't even know the returning second team All-Western New York selection was one of the top prospects in the country.

The last statement isn't a stretch considering Gaines earned and accepted an offer to play at Tennessee of the Southeastern Conference. The lanky, athletic Gaines plans to play at a prep school next season before signing his offer and heading to Knoxville.

While Western New York has sent its share of talents to Division I schools, it's a big deal when a prospect verbally commits to a major program well before the signing date. The last Western New York product to commit so early to a big-time school is believed to be Niagara Falls' Jonny Flynn (Syracuse), who did so 11 years ago, prior to his junior season.

"I'm very proud of Davonte," said Leonard, whose two older sons, DeAndre and Antonio, were standouts in football and track at South Park. "He deserves it. He's a nice humble kid."

"He doesn't hang out in the streets, doesn't hang out with the wrong crowd," Health Sciences coach Ty Parker said. "He loves being in the gym. He's a great student academically. When you're doing the right thing, putting in the work in the gym good things happen to you."

Gaines said basketball is a big reason for that. It's kept him out of trouble because he's usually on a court (in a gym or outside) honing his skills with his AAU and school teams, or at an out-of-area camp showcasing his skills while trying to improve them. 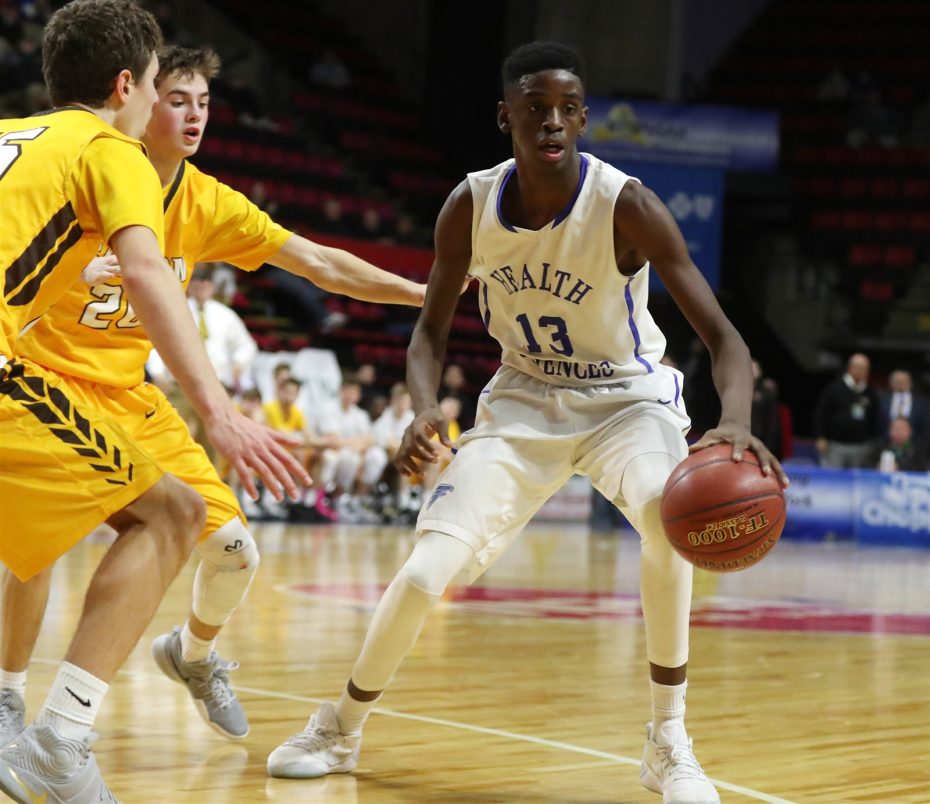 While Gaines has been playing the sport since age 5, he caught the eye of Parker six years later when Parker's AAU team played against Gaines' crew in a tournament. The then 5-9 Gaines stood out and not just because he's a tall 11-year-old. He could dribble, get to the basket and was athletic.

After the game, Parker asked Gaines coach if he could see if Gaines would be interested in playing on his AAU team.

Gaines said yes and after one game with the squad, Parker dubbed him "Ticket," because of his big-time talent. The nickname stuck as any Health Sciences fan would attest from following the Falcons on game days or on social media.

They also can attest that Gaines handles the rock even better now than when he first caught Parker's eye. While Gaines can still get to the basket, he can also pull up to shoot the three, play the post and run the point. He is a smooth finisher off the dribble and isn't afraid of contact inside.

Gaines' versatility is the reason he earned that scholarship to Tennessee. The Falcons hope his athletic gifts enable them to wrap up some unfinished business.

"We need to win a state championship," said Gaines, who has been mostly handling the team's point-guard duties but also can still make his presence known inside. "That's our main goal."

This year, Gaines is off to a sizzling start for the News' No. 1-ranked small school, which gave top-ranked large school Canisius a tussle last Saturday before dropping a 67-56 decision. Gaines is averaging 20 points, 11 rebounds, 8 assists and 4 steals.

He opened the season with a triple-double in a victory over Wilson. He followed that with the rarely achieved quadruple-double in a win over Cleveland Hill – finishing with 20 points, 13 steals, 11 assists and 10 rebounds.

"His game has elevated to the point where I feel like he's one of the best players in Western New York," said Parker, who is in his third year coaching at Health Sciences. "He's still has a lot of improvement to do, he still has a lot of things to work on but … he can do it all. Right now he's showing he's a special talent."

2017-18 Boys basketball preview: A look at Section VI from the Yale Cup to CCAA's best