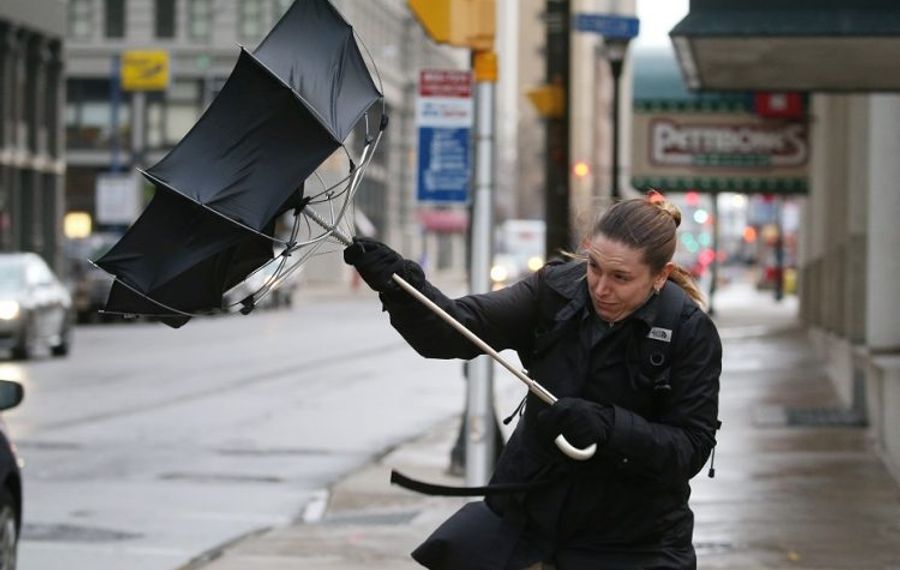 Hold on to your hats.

Winds gusting over 50 mph today are possible across much of the Buffalo Niagara region today as the result of a strong storm system and an approaching cold front.

The National Weather Service posted a wind advisory for all Western New York counties except for Cattaraugus and Allegany until 7 p.m.

Southwest winds will be sustained over 20 mph all day with gusts close to 50 mph expected, the weather service said.

There's a 50 percent chance for showers today. Forecasters said it will be warmer with highs near 43 degrees. 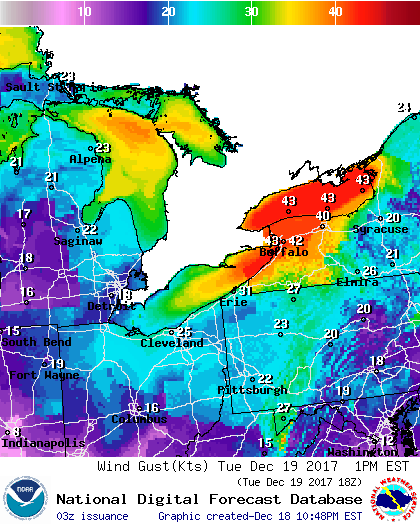 The highest wind gusts in Buffalo today are forecast to last between 8 a.m. and 4 p.m. (National Weather Service)

The wind, rain and temperatures could combine to melt down a significant portion of the region's snowpack, just days before Christmas.

Temperatures start receding this afternoon as the cold front moves through. They'll drop back back below freezing by early Wednesday.

Slight chances for rain and snow showers are expected overnight. The winds will stay gusty.

Some lake-effect snow could develop southeast of Lake Erie by Wednesday morning, but not more than an inch or two is expected.

Otherwise, it's expected to be partly sunny with a high in the low 30s during the day. With a gusty northwest wind, it could feel like its in the upper teens to low 20s.

Cooler, but seasonal, temperatures stick around Thursday under mostly cloudy skies with a high of about 30 degrees.

Another warm-up comes Friday with a 40 percent chance of precipitation, the weather service said.

It could fall in the form of rain, snow or a combination of both during the day, forecasters said.

Friday's high is pegged to be 44 degrees, which is about 10 degrees warmer for the date.

Signs point toward another dramatic pattern shift toward the frigid by early next week.

Those cold temperatures are expected to linger into the New Year.

"There remains high confidence that temperatures over our region will average below (if not WELL below) normal through the period," the weather service said. 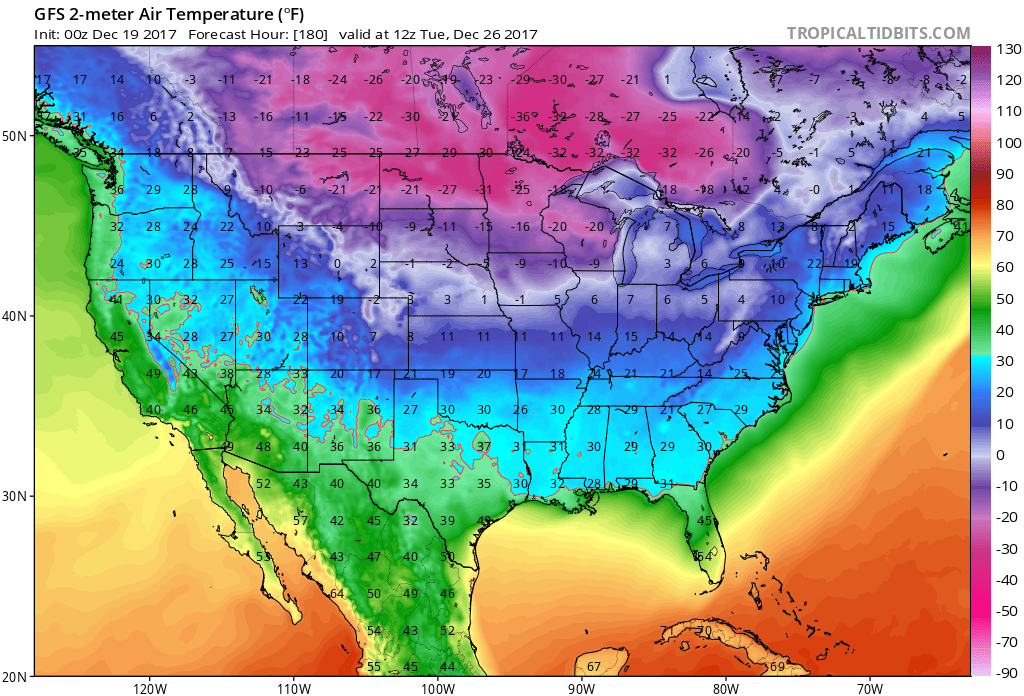 Some of the coldest air of the season could grip the northern tier of the nation by early to mid next week, forecasters said. By Tuesday, single-digit temperatures are possible in the Buffalo Niagara region. (TropicalTidbits.com)

Forecasters said the coldest air in the hemisphere could grip the northern Plains states to the northern half of Ontario.

"The polar vortex is forecast to be displaced some 500 miles farther south than normal," the weather service said.