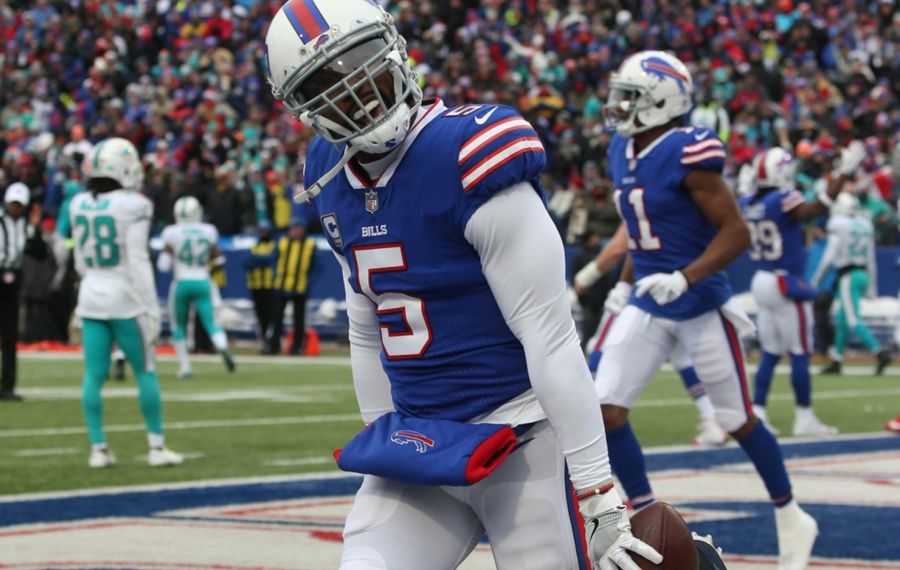 Alea Williams is a 14-year-old from Oakfield in Genesee County and is a huge Tyrod Taylor fan. Christmas came early for Alea when she received a football from Taylor during Sunday's Bills game after a touchdown. Since then, her photo was tweeted by Taylor and the Bills had the image on her Facebook page.

So how did this all happen and what have the last few days been like since the game? We let her dad, Chad Williams, explain it all in his own words:

I am a season ticket holder along with a couple of other friends and this was Alea's third game. She has been a good luck charm too. The Bills have won every game she has been to and someone gives us something. After her first game in 2015, Robert Woods gave her his gloves. In 2016, Aaron Williams came over to slap hands with her and then signed my jersey.

Then on Sunday, Tyrod Taylor not only acknowledged her, but to give her the ball after his touchdown was a class act. When the touchdown happened clear across the end zone from us, she was a little bummed she couldn't really see him. Then for him to run clear across the end zone and pick her out of the crowd was awesome. She isn't the tallest person so she kind blends in with all of us, but somehow he was able to spot her.

Alea is a huge Tyrod fan and has been for a couple years. She named the new cat she received last year, Tyrod. She received her new Tyrod jersey for her birthday in August and couldn't wait to wear it to a game. She was pretty bummed when she found out Tyrod was injured and didn't start the last game. She was worried that he wasn't going to play in the game she was going to, and that she wouldn't be able to see him play.

After Alea received the ball, she lit up with excitement. She was physically shaking because she couldn't believe it happened. Her friends saw it happen on TV and her phone blew up. It was posted on the Bills' Instagram page and all over Facebook. She was crying a little bit because Tyrod also put it on his Instagram. He truly made a little Christmas magic when he made her day, year and a memory of a lifetime. She plans on finding a case for it and maybe if Tyrod is ever doing any signings, she hopes to be able to have him sign the ball.

We want to express our thanks for the awesome gesture. Again it was truly a class act.