Two locations, 7264 Boston State Road in Hamburg, and Nick Charlap’s Sweets on the Hill, at 1203 Union Road in West Seneca, bustle with customers lining up for peppermint stick and cinnamon ice cream. (Two seasonal ice cream stands, in Angola and Hamburg, are closed for the winter.)

Nick Charlap learned the ice cream trade from his father, Henry, who still enjoys a cool treat at the age of 89. These days, Nick and his wife, Mary Beth, are busy scooping festive flavors while also filling candy orders and ringing up holiday gift sales at Sweets on the Hill.

If you want to give it a taste, Nick says you’d better hurry before the company closes for the month of January to gear up for another busy year.

Charlap: Absolutely! Peppermint stick is very popular. Basically it’s red and green candies, peppermint flavored, and we put them in a white peppermint base with green marshmallow flavored variegate. It’s a white Christmas with green and red candies in it.

A: Cinnamon is nostalgic for the Buffalo area. We had a lady come from Williamsville and she bought 38 half gallons and people come to her house and she distributes them to people in Williamsville. She’s 74 years old. That’s a cool story! She does it every year. So that’s a big ticket right now.

We’ve made that exact cinnamon ice cream since 1982 and the rest is history. We do a cinnamon with hot fudge over the top. It’s a nice flavor. 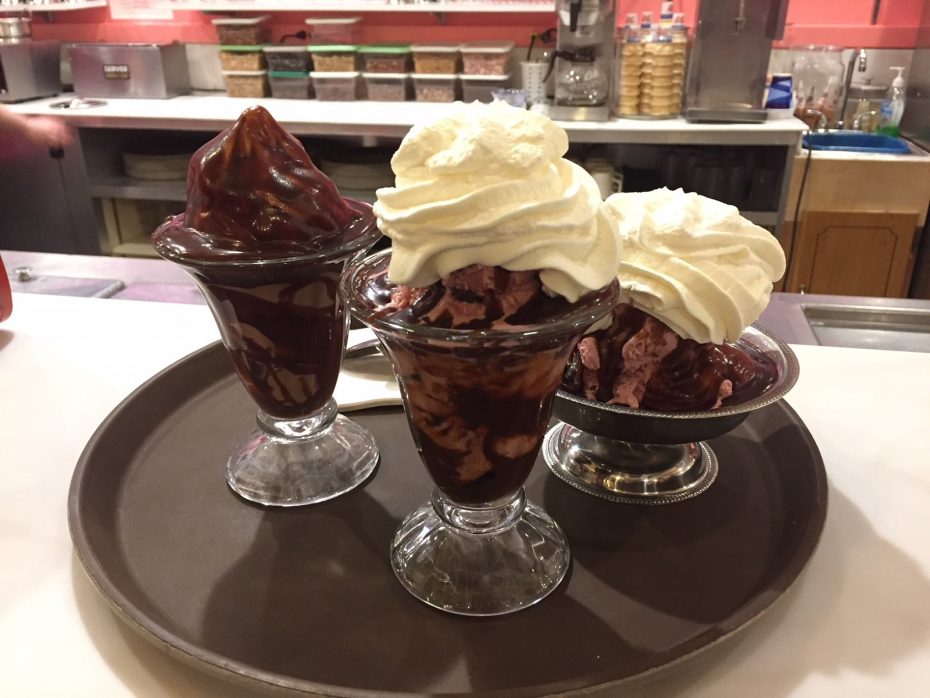 Sundaes (some with cinnamon ice cream) are a sweet treat, even on a cold winter day at Charlap's. (Elizabeth Carey/Special to The News.)

Q: Do the holiday flavors boost your business?

A: Absolutely! At the dairy, at 7264 Boston State Road, people travel just to get these two flavors every year. Our Christmas flavors are basically cinnamon and peppermint stick. We have quite a following.

They come in and they get our cinnamon and peppermint stick and then grab a milkshake or sundae to go or a quart of eggnog. It’s our recipe we created back in the day. We have quite a following with our eggnog. People actually will come out to get it.

A: We actually came up with a couple new ones, like deep-dish apple pie. That’s a fall flavor. Then we have a newer one called bourbon praline pecan. It’s a bourbon-flavored base with candy coated praline. It’s a pretty big hit for our local followers. That’s still out. 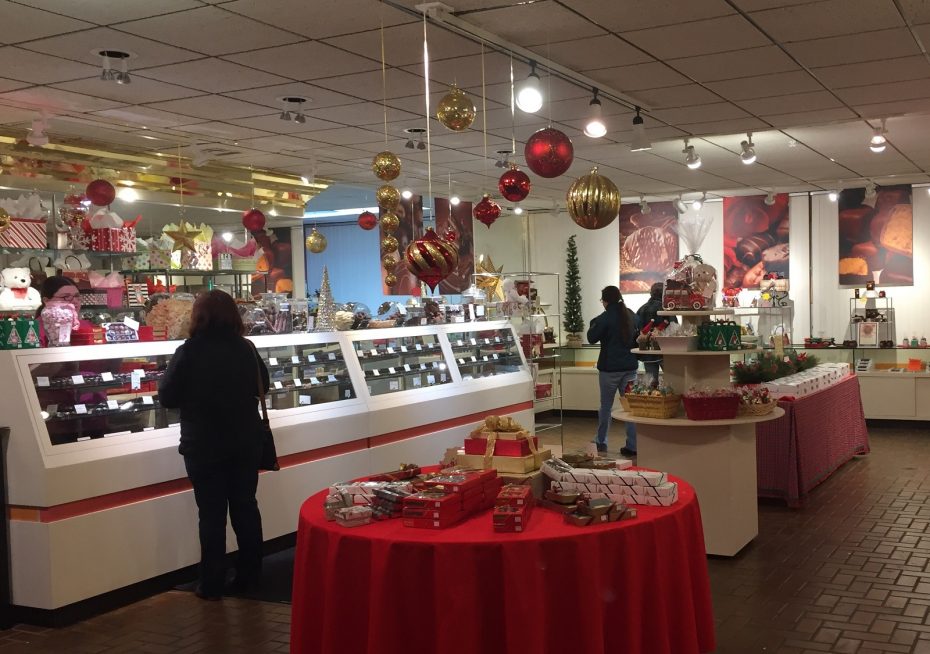 Customers also shop for holiday gifts at Charlap's Sweets on the Hill in West Seneca. (Elizabeth Carey/Special to The News.)

Q: Besides the holiday flavors, what’s your best seller over the winter?

Q: What is the busiest month for Charlap's?

A: May is probably our busiest month. People just want to get at their lawn and yard work, so it’s a big month and then right through summer it’s pretty popular until the Erie County Fair, when all hell breaks loose! We have a great relationship throughout 10 years. We’re happy to be a part of the Erie County Fair. 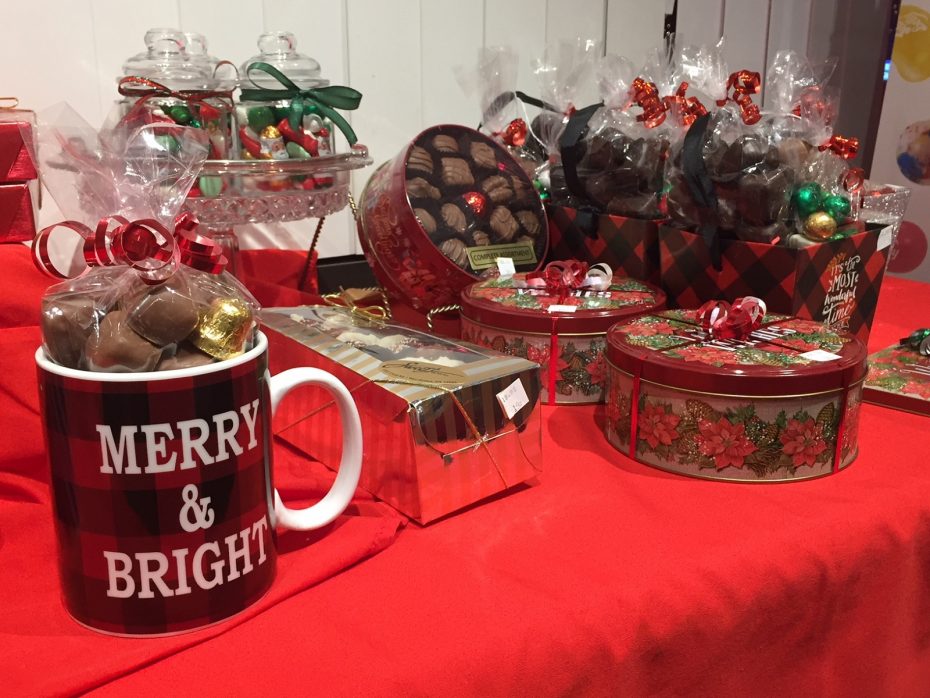 Soon the holiday display will switch to Valentine's Day at Charlap's. (Elizabeth Carey/Special to The News.)

Q: If people want a taste, they should hurry. You will close for the season on Dec. 31. When do you reopen?

The Poked Yolk brings couple back home to serve up creativity