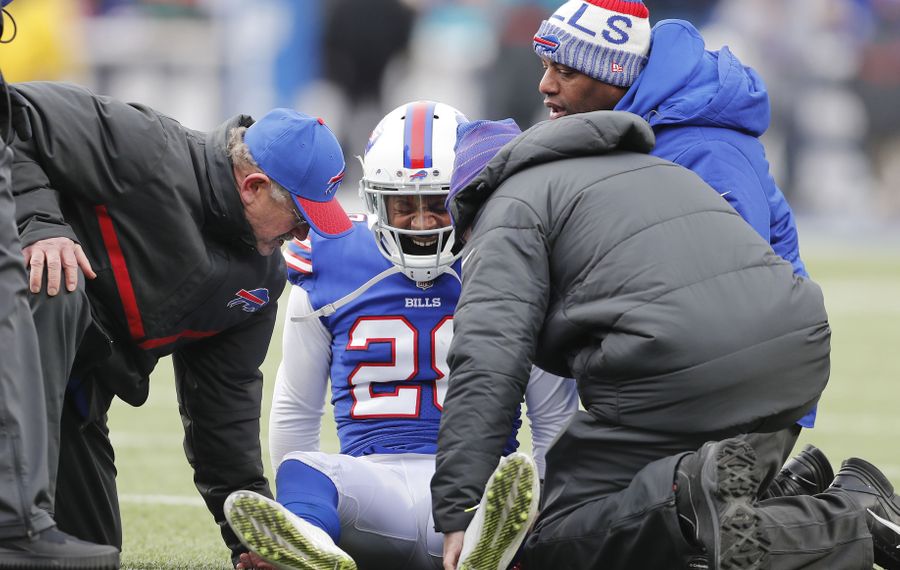 Bills cornerback E.J. Gaines' knee injury is still being evaluated, coach Sean McDermott said Monday. He said the Bills don't expect to have much information for a few more days on Gaines' status.

Gaines was carted to the locker room during Sunday's game against the Miami Dolphins.

Backup quarterback Nathan Peterman is out of the league-mandated concussion protocol and should be able to return to practice fully this week. Peterman, injured against the Indianapolis Colts, was a limited practice participant at times last week but was declared out for the game Friday.

McDermott said that wide receiver Kelvin Benjamin's knee injury didn't worsen Sunday and he's hopeful he'll be able to build on his performance. Benjamin had two receptions for 20 yards. Benjamin told reporters after the game that he is planning on surgery after the season is over.

McDermott said Tyrod Taylor came through the game physically without any issues. Taylor did not play against the Colts with a knee injury suffered against the New England Patriots the week before.