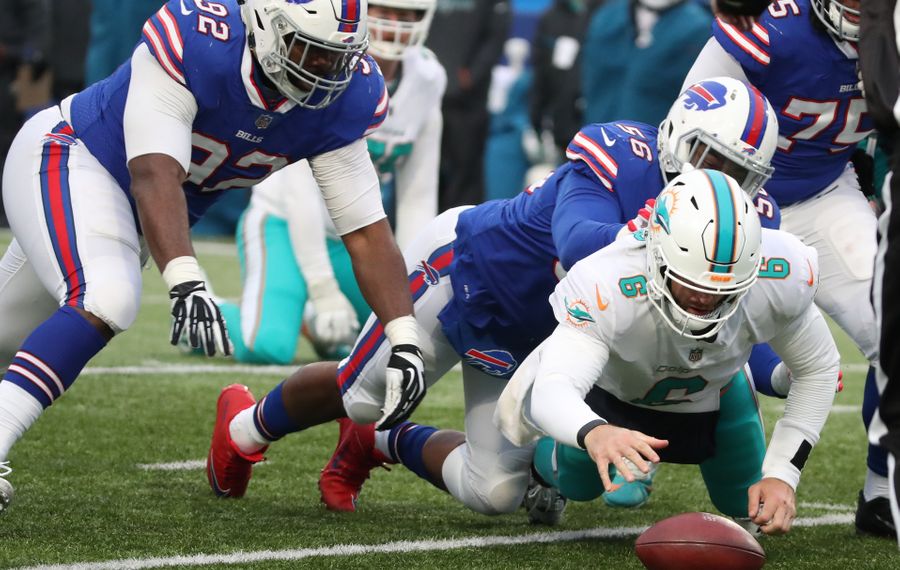 The latter not only held his own but made a crucial play in Buffalo's win over the Dolphins in Week 15.

On 23 snaps against the Dolphins, Capi had a sack – which resulted in a fumble – and one "stop," a stat line that may seem insignificant, but those type of impact plays on fewer than 25 snaps for a role-player equates to a solid performance.

At 6-foot-3, and 249 pounds, the University of Akron product doesn't have prototypical 4-3 defensive end size but has manned the outside spot admirably in his first two games with the Bills.

Credit the Bills' pro personnel staff and GM Brandon Beane for identifying the former undrafted free-agent and signing him to the active roster.

As the main player who spells Hughes on the right side – Davis and Yarbrough predominantly rush from the left side of the defensive line – Capi will likely see Patriots left tackle Nate Solder on Sunday.

Solder has surrendered 42 quarterback pressures on the season (three sacks, six hits, 33 hurries), the sixth-most among all offensive tackles. His Pass-Block Efficiency – which measures pressures allowed relative to pass-block snaps – is 94.1, the 40th-best figure out of 55 qualifiers at his position.