During the yuletide, if you happen to run into Francis Geremia, there's a good chance he'll hand you a Christmas card.

Each one carries the image of a beagle, staring at the camera with solemn and knowing eyes.

"That dog understood me," Francis said. "Everything that happened for me, with Snoopy, it happened hand-in-hand."

Francis, 57, is a quiet Upstate legend. He is a photographer, retired from the department of public works in Syracuse. People recognize him around his city, and beyond. He often walks trails through city parks or open fields that most of us would go past without a second thought.

Not Francis. He sees those small and wild outposts as staging grounds for natural drama. He has glacial patience. He captures stunning images of ospreys on electrical towers. He will wait, silent, by some pond or stream until he can bring home the instant when a great blue heron attempts to seize a bullfrog. It was Francis, always a keen observer, who offered some of the earliest reports about an extraordinary phenomenon in Syracuse:

Every winter, in a remote part of the city along Onondaga Lake, bald eagles are returning - sometimes by the dozens - to feed on shad.

What drives Francis, beyond all else, is the idea of how - in an everyday way we too often forget - there is a natural drama laid out right before us, a battle of courage and will to keep on going.

He understands because he lives it. Snoopy helped teach him the lesson. 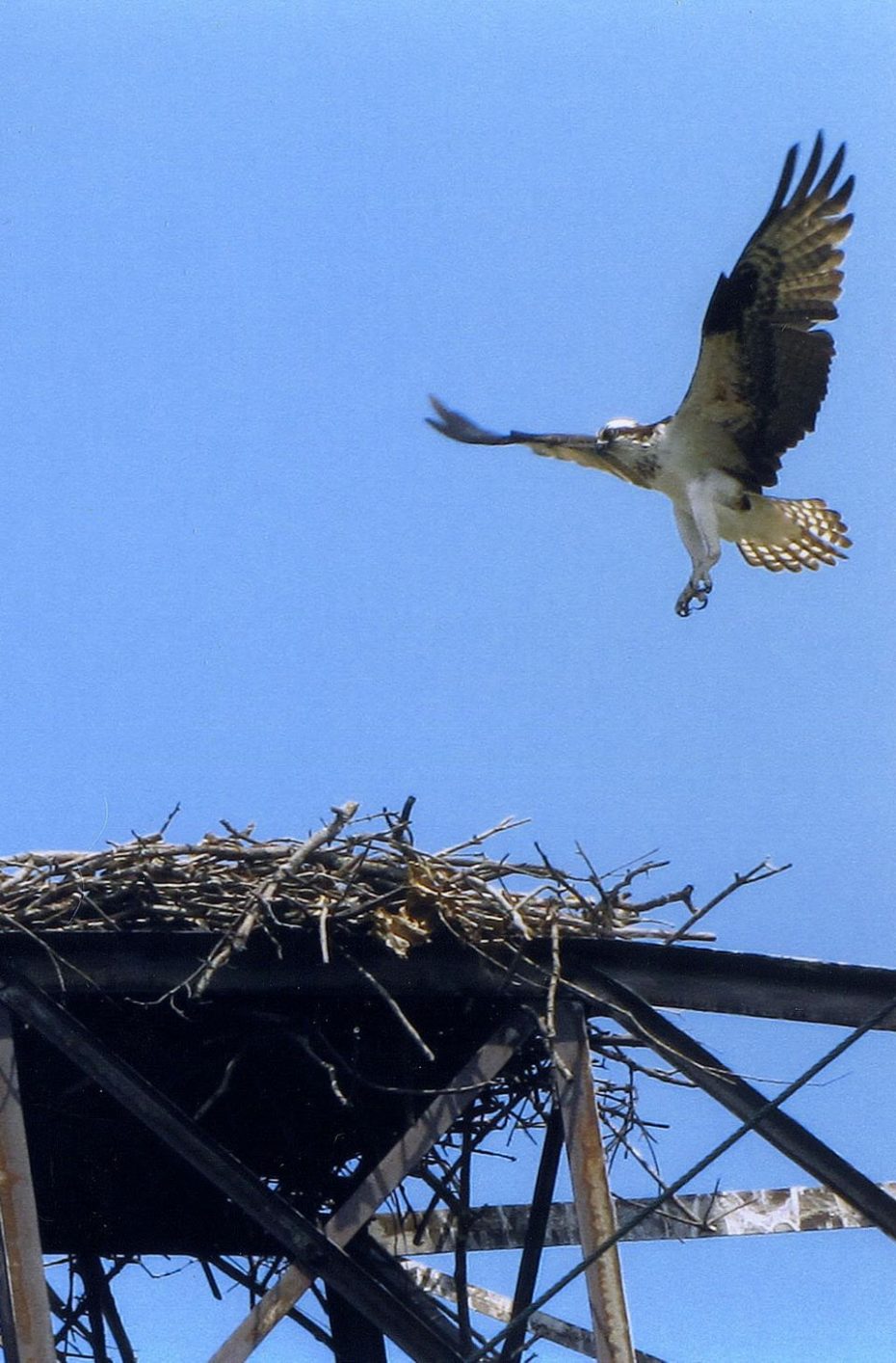 Francis has Parkinson's Disease. The doctors gave him that news about 20 years ago. It is a progressive illness, but its impact on Francis depends on the particular morning. The disease has affected his throat, and there are times - when he speaks - that you can see him pause and make the specific effort to be sure each word is distinct and understood. His hands and arms shake, sometimes tumultuously.

What he has mastered, even if he rarely speaks about it, is the idea of will, the ability to center his thoughts and command a moment of calm, even when his body is responding to a lightning storm of neurodegenerative impulses.

It is the way a photographer whose disease involves cascading waves of tremors can somehow capture moments of such intimate and fragile intensity.

Both Francis and his wife Patty will tell you:

It all begins with Snoopy.

The disease was on the move when they brought home the dog, in 2004. Francis had always said he didn't want a puppy. Still, Patty suspected that exactly what would happen, would happen, once they had a dog. The Parkinson's was getting tougher to cope with every day. Francis was an athlete, a guy who'd been a fine long distance runner as a youth. Patty worried he had too much time to sit around the house, worrying.

She knew a friend who had a litter of beagle puppies. She told Francis she desperately wanted one. Francis can be stubborn, and at first he dug in. He insisted he didn't need an animal in the house. His father-in-law, the late Jim DeStefano, said to him, "Just get the damn dog," but Francis kept stalling.

Finally, on a day when the litter was down to one last unclaimed pup - the tiniest one in the litter - Francis said he had a sudden moment of revelation, an unspoken answer to his prayers.

He asked if he could join Patty and their daughter on a trip to pick up Snoopy. 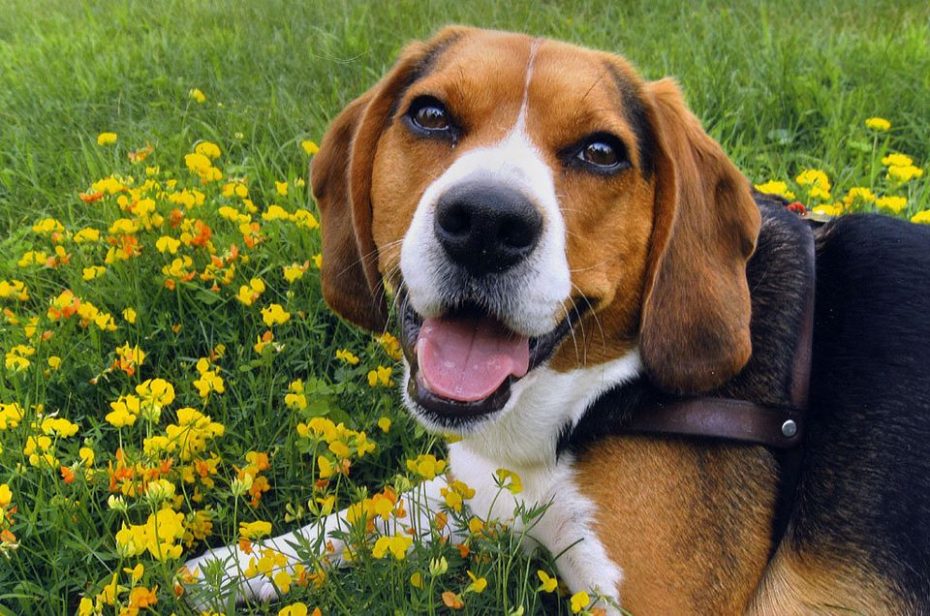 Once Francis bought in, he bought in all the way. He started walking the dog at neighborhood parks or along those strips of brush and tall grass that grow under power lines.

As he walked, he observed.

He noticed the hawks on the hunt, every day, in the city, and the squirrels who used elaborate strategies to dodge those talons. He noticed the patterns of maple leaves, in every season, and the way the smallest stream - often near a city street - can offer moments, amid a thaw, of celestial beauty.

On those walks, even as the Parkinson's progressed, Francis made a point of carrying a camera.

"It was Snoopy," Patty said. "He kept Francis from getting depressed, from thinking too much."

They went everywhere together. Snoopy would sometimes sit on top of the parked car, watching, while Francis staged his nearby vigils in a field or near a stream. Dog and man were side-by-side as Francis quietly spotted eagles where no one else believed they would appear. Snoopy was there as Francis crouched near herons, awesome birds who were silent in city streams, scanning the water for a frog or fish.

In that way, Francis and Snoopy rose toward gentle civic legends. Francis loves a good conversation. Runners and walkers grew to recognize them, and often received copies of the latest Francis images. Rules banning dogs in many city buildings were abruptly set aside when Francis would stop by to show security guards his newest pictures.

With an understanding of how the dog connected with strangers, Francis would sometimes bring Snoopy to nursing homes.

For more than a decade, taking Snoopy for those long walks was a discipline, central to a careful routine. In all ways - physically, emotionally, spiritually, socially - the dog helped Francis find the best of possible therapies for Parkinson's.

"Everywhere we went," Francis said, "people I didn't know would stop to talk to Snoopy."

Yet Francis understands nature as well as anyone, and nature has rules it will not bend. A dog only has so many years on the planet. As Snoopy slowed down, Francis did what he could. He bought a pet stroller so Snoopy could travel along, once the long walks became too much for the dog. He and Patty went on one last vacation with Snoopy in late summer, at Lake Placid, where the dog had an unexpected burst of energy.

For a few days, it was like old times.

Once they returned, "things went downhill," as Patty puts it. 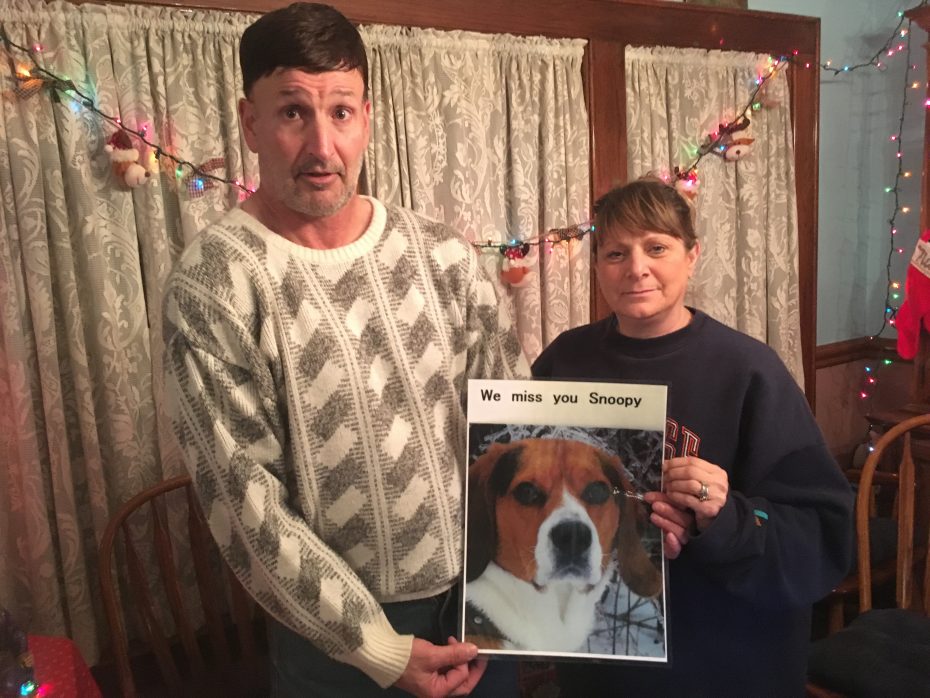 It is hard for Francis and Patty to say much about the October day when the vet came to the house. They talk from time to time about getting another puppy, but for this yuletide they're focused on appreciation. They have Snoopy's ashes in a little display in the living room, surrounded by dozens of cards from people who loved him. If you see Francis, he's liable to hand you that Christmas card, where a beagle stares out with quiet, soulful eyes.

Those cards contain a gift, an answer to an ancient question. Faced with hard news beyond all logical control, how do you get up in the morning and keep going?