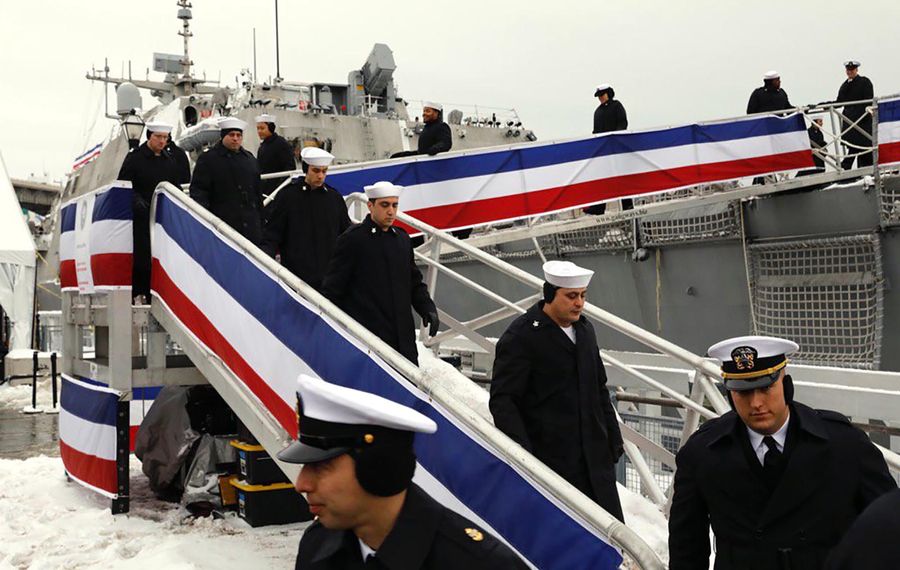 The new USS Little Rock is decorated in patriotic red, white and blue bunting, its crew will wear freshly dry-cleaned uniforms, and thousands of spectators are expected to converge on Canalside for today's commissioning of the ship. History will be made.

"I love the seagoing service and have a great respect for the Navy, even though I'm in the Coast Guard Academy," said 18-year-old Hamburg resident Gerald R. Burkett II, who arrived at  6:38 a.m. with members of his family to be the first in line for the commissioning.

Behind the Burketts was Dan Mack, a 62-year-old Franklinville resident. "I wanted to make sure I got a good seat," Mack said. "I have a keen interest in ships."

Around 8,500 people are at Canalside to watch the ceremony, which was streamed live by the Navy:

The new USS Little Rock's commissioning beside the former USS Little Rock will represent the first time in the Navy's 242 years that a new ship enters the fleet beside its namesake. 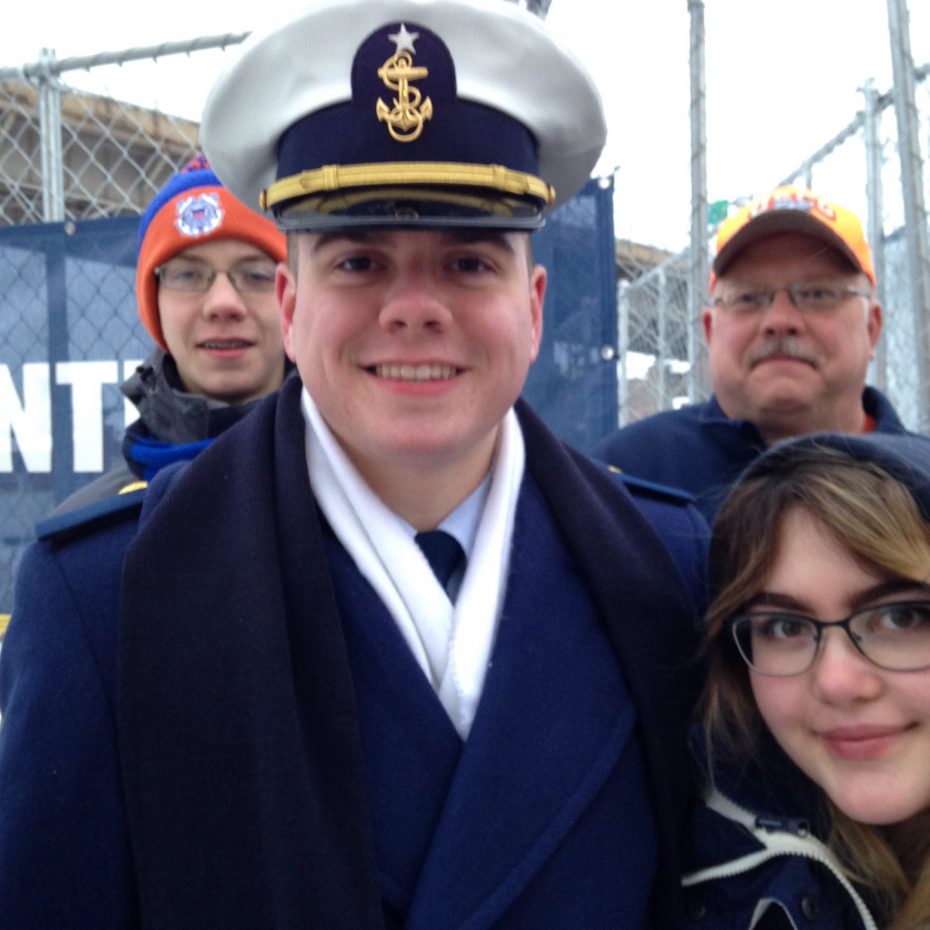 "This is the culmination of two years," said USS Little Rock Cmdr. Todd Peters of the commissioning.

Twenty-four months ago, Peters and crew members began staffing the ship while it was in the final phases of construction at the Fincantieri Marinette Marine shipyard in Wisconsin.

[Gallery: Meet the crew of the new USS Little Rock]

Construction of the $440 million warship began in late 2012 and this past September it was "delivered" to the Navy after being declared seaworthy during performance trials on Lake Michigan.

At 387 feet long and 57 feet wide, the littoral combat ship is capable of cruising in waters as shallow as 13½ feet, which allows for strategic access to coastlines and many smaller ports. Most Navy ships require 30 feet of water.

Powered by four massive waterjet engines, the ship can hit speeds of 45 knots and swap out its armaments at sea, depending on the combat mission. Compared with other Navy warships, the Little Rock's crew is small. Its 72 sailors are trained to perform multiple jobs and are assisted by 8,000 computer sensors that help keep the vessel running.

Former Secretary of the Navy Ray Mabus, who served on the old Little Rock, which is now anchored at the Buffalo & Erie County Naval and Military Park, was responsible for naming the new ship. He took the action several years ago after members of the old USS Little Rock Association asked him to keep the name of the ship alive by giving it to a new ship. 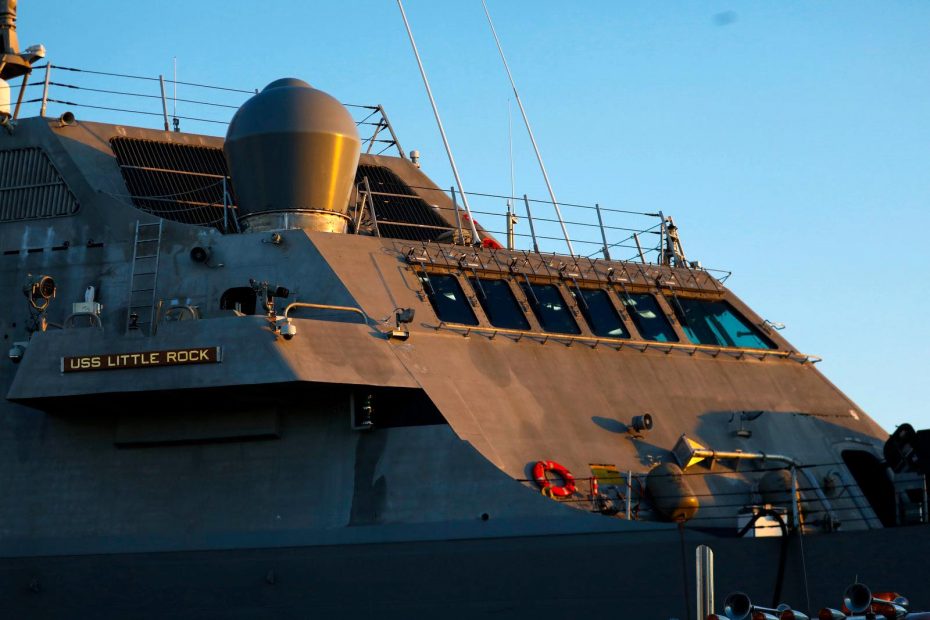 The bridge of LCS9, the future USS Little Rock, during the ship's construction in at the Marinette Marine ship yard in Marinette, Wisc., on Sept. 29. Click on the photo to view more images from the ship yard. (Derek Gee/News file photo)

Rep. Brian Higgins, D-Buffalo, paid tribute on the House floor to the crews of the new and old Little Rock this week.

"Mr. Speaker, I would like to take this moment to thank the brave men and women of the United States Navy and crew of the USS Little Rock past and present for their service," Higgins said.

And another tribute was paid  Friday night, when the Peace Bridge was bathed in blue, red and gold lights in honor the ship's coming commissioning.