For as long as anyone can remember, Amherst was usually a reliable Republican stronghold.

Town GOP leaders are still scratching their heads, trying to figure out what went wrong on Election Day 2017. Democrats surprised many by sweeping the Amherst races for supervisor and two Town Board seats, resulting in what will be an all-Democratic board on Jan. 1 for the first time in at least a half century.

"We are regrouping," said Joseph P. Heins, the town Republican Committee's campaign manager. "We're going to do a full analysis of all this and make sure we get to the bottom of what really happened."

One thing is for certain: November's results marked the culmination of a decades-long sea change in Amherst's political landscape.

There were more than twice as many Amherst Republicans as Democrats in 1970 when Bill Kindel was GOP chairman. Democrats now outnumber Republicans by more than 6,500 out of 79,000 registered voters, and Kindel thinks that advantage for Democrats will only continue to grow.

"The land of milk and honey is gone," said Kindel, 84, who left the party in the late 1990s and is now the town Conservative party chairman. "I don't think the Republican Party will come back in Amherst."

Democrats in recent years have had a lock on governing some of Erie County's largest towns, including the Town of Tonawanda and Cheektowaga, and some think one-party rule is starting now for the Democrats in Amherst, Erie County's most populated town.

Two years ago, Amherst Democrats captured a slim 3-2 majority on the Town Board. But last month's election results showed Democrats are now the dominant party in town politics.

Williamsville Mayor Brian J. Kulpa, the Democratic candidate for town supervisor, will replace Barry A. Weinstein, who served the maximum two terms and was elected as a Republican. Political newcomers Jacqualine G. Berger and Shawn A. Lavin will join Kulpa on the five-member board, which is expected to make key decisions next year on projects such as the proposed Westwood Country Club redevelopment.

Incumbent Erie County Legislator Thomas A. Loughran, a Democrat, defended his Amherst-based seat in a rematch against the Republican candidate, Guy R. Marlette. Loughran won by a 57-42 percent margin, which was surprising given that Loughran won with 52 percent in 2015 and was thought to be more vulnerable this time.

Even the three Democratic candidates for county office who all lost their elections ran strongly in Amherst.

Heins, however, sees the 2017 election as an anomaly and an unlucky year to be a Republican running for town office. 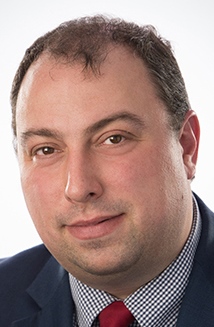 Republicans are working under the theory that public sector employees who typically vote Democratic turned out in larger than usual numbers for a local election. They were mobilized to the polls by labor unions' campaign against a ballot proposition to hold a state constitutional convention, according to their theory.

"It was a coordinated effort that scared people to come out and vote," he said. "They were told incorrectly that if a state constitutional convention passes they're going to lose their public pensions."

And when those people flipped over their ballots, they tended to vote straight across the top line for Democrats, Republicans theorize.

Indeed, voter turnout of 38 percent in the town was considered unusually high for a year that didn't include Congressional or presidential elections. Historically, turnout for local elections is in the low to mid-20s, according to local political experts. But Kulpa received about 1,000 votes more than the well-known Weinstein did in his victories for supervisor in 2009 and 2013.

Berger, a college instructor who received support from labor unions, also appeared to benefit from the increased turnout. She was the top vote-getter in the five-way race for two council seats.

Joe McMahon, the Democrats' campaign manager, has a different theory. Voters were turned off by national politics and what's going on with a Republican-controlled Congress and White House, he said.

"They see what the national politics are, and it's motivating for them to go out and vote," he said.

Also, his candidates also put forth a vision for the town, and they worked hard knocking on doors and engaging with the community, he said.

Kindel ran for for Town Board last month as a Conservative, possibly drawing votes away from the Republicans. He also doesn't buy the Republicans' theory that November's results were just a blip.

"I think it was the wave of enrollment that finally caught up with the Republican Party," he said. "It was a gradual, year-by-year change in the affiliation. Right now it's almost 7,000 more Democrats. It's amazing. Shocking." 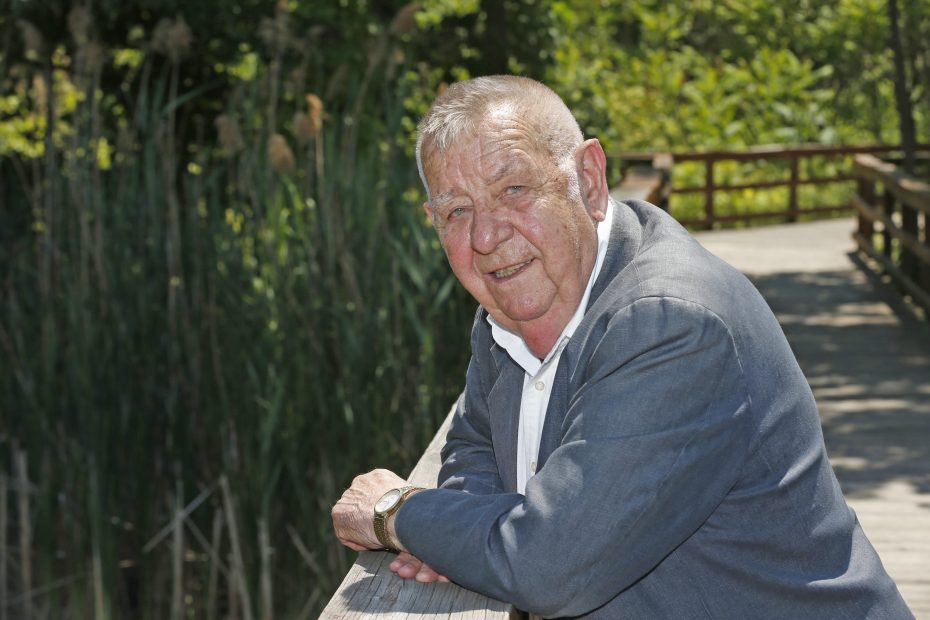 Former Amherst Town Board Member Bill Kindel, a Conservative, lost in his 2017 bid for election to the Town Board. Amherst will have an all-Democratic Town Board for the first time since at least 1960 when the new board takes office Jan. 1. (Robert Kirkham/News file photo)

There were more than three times as many Republicans as Democrats in the bedroom community in 1960 when the population was just under 60,000, according to numbers from Erie County's Board of Elections.

But as the town's population has since more than doubled, Democrats over those decades have gradually overtaken Republicans in voter enrollment — "like a glacier," Kindel said. Amherst became a Democratic-majority town in 2007.

"I think it's looking good for us, for Democrats," said McMahon, who is joining Kulpa's staff in January.

Will an all-Democratic Town Board favor development in Amherst?

Most veteran town political watchers say that trend started with construction in the 1970s of the University at Buffalo's North Campus. Its students and professors who lean Democratic bolstered the Democrats' ranks.

"Enrollment, while it does count for some things, I think can be overblown," he said. 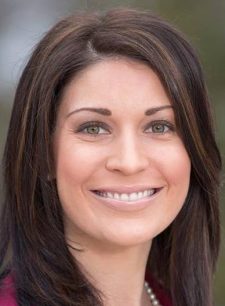 What do Republicans do now? Observers say it takes more than money to win in Amherst. Republican Erin Baker raised over $91,600 this year in her bid for a Town Board seat — six times more than either of her Democratic opponents — but she placed third behind them.

Republicans will also have to identify new voters to stop the movement toward a larger Democratic affiliation margin. Heins said that's a priority, along with attracting good candidates. Despite this year's outcome, he said he was happy with his slate, which included Baker, Town Clerk Marjory Jaeger and Joseph Spino.

But beyond everything else, observers say Republicans will have to shadow the new Town Board in 2018 and find where it is not representing the view of a majority of residents.

Heins agreed. "It's our responsibility — and we will absolutely do this — to hold that Town Board accountable every step of the way," he said.

If the Democrats promote policies that are perceived as positive, such as protecting green space and recreation programs for everyone and doing it while keeping taxes in line, it will be difficult to overcome them.

"I think they're dead," Kindel said of the town GOP. "I think there's no going forward. I really do. And here's the bottom line: If the affiliations are 7,000 more Democrats now, what would you think in two years? Another thousand probably?"

Heins said his party expects to have a full analysis complete by mid-February, once all the data is available from the Board of Elections. While Republicans may be shut out of town government, he points to Republicans at the state level who represent portions of the town, including Assemblyman Ray Walter and Sen. Michael Ranzenhofer. Erie County Legislator Ed Rath is also a Republican.

"The Republican party and Republican ideas are still strong in the town. Our message still resonates," Heins said. "I certainly think the death of the Republican Party in the Town of Amherst has been greatly exaggerated."

Kulpa reveals his plans for Amherst as next town supervisor