Shopping during the holidays can be an assault on the senses.

Mariah Carey belts Christmas carols through the loudspeakers. Signs shout "BOGO!" and "75 percent off!" from every direction. Shimmering red, green and gold decorations flash as far as the eye can see. Your back is aching, your bags are heavy and  you're boiling in your winter overcoat.

All you want to do is get your gifts and get out.

That's why the smartest retailers are trending away from the frenetic "Fa-La-La" and scaling back their holiday retail merchandising to achieve a more tranquil "Peace on Earth" vibe.

Apple is known for its minimalist store design. MacSolutions Plus, an Apple-certified repair and retail store in the Eastern Hills Mall, is similarly sparse. And the store strategically employs that same austere aesthetic when it comes to decking the halls for the holidays.

Rather than drown its displays in bunting, blast Christmas carols or clutter the aisles with Santa and his elves, the store plays soft music, strategically places a bow here or there, and strings single, understated ornaments from the ceiling with plenty of breathing room in between. Its most ostentatious display, if you can call it that, is a toy fire truck in the front window. But even that was placed with purpose – the store's local owner and operator Garrett Cleversley is a volunteer firefighter.

"We don't want people to come in and feel like they're getting punched in the face by Christmas," Cleversley said. 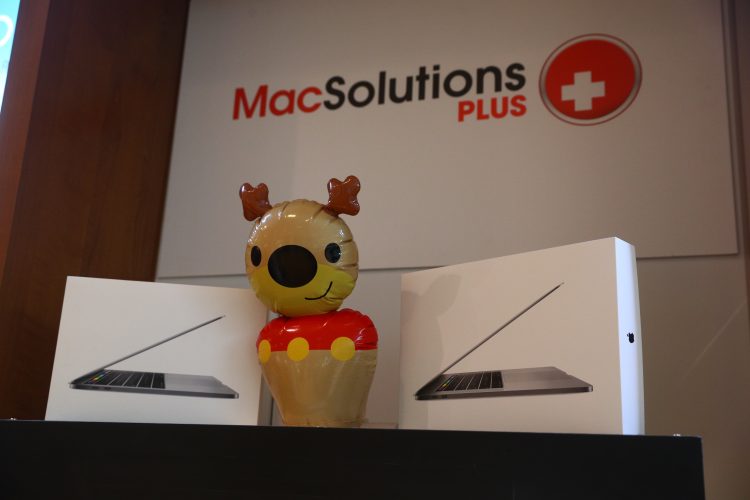 The store's quiet subtlety is a welcome respite from the chaos of the season. Instead of wanting to flee, shoppers who find themselves in more subtly merchandised stores want to linger, according to marketing experts. They want to stop and catch their breath.

And while they're there, catching their breath, they browse, shop and spend.

"It is a great attention grabber in the current loud environment for a store to actually go the other way," said Arun Lakshmanan, an associate marketing professor at the University at Buffalo School of Management. "I think some shoppers would actually be thankful for the break and that positive feeling could end up rewarding the retailer."

That reward often comes instantly, in the form of sales. It may also come in the form of extended goodwill that translates to repeat visits and customer loyalty.

Consumers are well aware of the undercover tactics retailers have used for years to get consumers to spend more money, Lakshmanan said. They've read about how stores pump the scent of gingerbread through the aisles to loosen grips on wallets. They've grown weary of stores that stretch out the profitable holiday shopping season by putting up Christmas displays in October. And they resent being driven into a state of panic with the constant reminders that they're racing the clock to Christmas Eve. 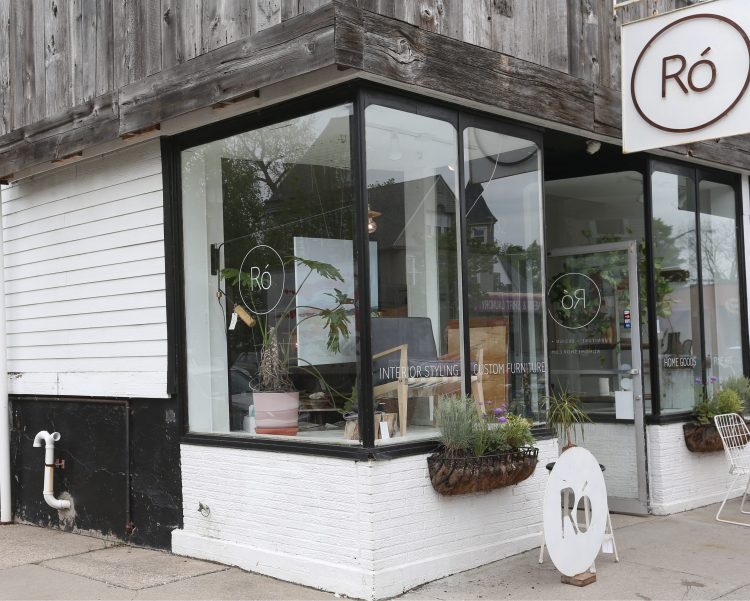 They are also well aware of the Christmas deadlines breathing down their necks. The mall madness of loud music, overbearing signage and obnoxious decorations may no longer drive shoppers to spend, but it might just drive them away.

"It's overexposure and over-stimulation. It's natural for human beings to push back or push away from something that is extremely loud, be it in terms of sound or visuals," Lakshmanan said.

As a result, the pendulum is beginning to sway in the opposite direction, with retail design trending toward more muted or minimalist merchandising. As an added bonus, the more muted aesthetic can subconsciously signal higher quality, Lakshmanan said.

Wrafterbuilt's low-key merchandising style is much like the handcrafted furniture it sells: rustic, modern and sustainable. Owner Sean Wrafter said he deliberately keeps things simple at his Allentown store.

"I'd rather have a few handmade, high-quality beautiful things than load up the shelves with plastic, chintzy garbage," he said.

The store hosts a holiday pop-up market on Friday nights and Saturday afternoons. Wrafter mindfully keeps the number of vendors to four or five.

"I've noticed when there are too many vendors, it gets overwhelming and people don't buy as much," he said. "It's like opening the menu at the Cheesecake Factory. Where do you even begin?"

Subdued merchandising is not just for the holidays, either.

It's a strategy that has been employed by clothing boutiques for several years, where retailers create austere showrooms that are more akin to art galleries than department stores. Rather than stuffing the racks with an overwhelming selection of apparel, they pare down options and hang just one or two garments in each size. Fixtures, display cases and hanging racks fade into the background. Soft lighting trained on clothing literally spotlights the merchandise and dissolves all distractions.

Ro, a homegoods store at 732 Elmwood Ave., dubs itself "a concept of calm living through functional design." Just as its simple but beautiful wares are meant to bring peace to the home, its store design is meant to create a serene shopping experience. Its inventory is thoughtfully edited and arranged into meaningful vignettes where merchandise works together to show a shopper its potential, rather than competing for his or her attention.

Ro's layout is designed to help customers move effortlessly throughout the store, just as its displays are designed to help the eye move effortlessly across its goods. There are no overwhelming stacks or piles, no overflowing racks or shelves, and there is plenty of breathing room and blank space for the eye to rest. Consumers don't have to guess what a product does, how it's used or where it might fit into their life. Thoughtful product groupings show how products complement one another and organically spur add-on purchases.

That has certainly been the case for MacSolutions Plus at Eastern Hills. Its sales closing rate has gone from 17 percent to 29 percent since Phibbs first visited the store two years ago. He is the one who taught Cleversley and his staff how to overhaul everything from their Christmas decor to their customer service. For example, the store used to have a power cords section. If a customer needed a power cord, they wandered into an aisle filled with power cords of every stripe. Now, power cords are grouped next to their respective devices.

"It's about making it easy for that customer to get what they need, and taking the stress out of the situation," Cleversley said.