The Colts lead the league in sacks allowed. They have young inexperience on the offensive line and at skill positions. It will be interesting to see Sunday how much the Bills test the Colts' pass-protection communication with blitzes and stunts by the defensive line. 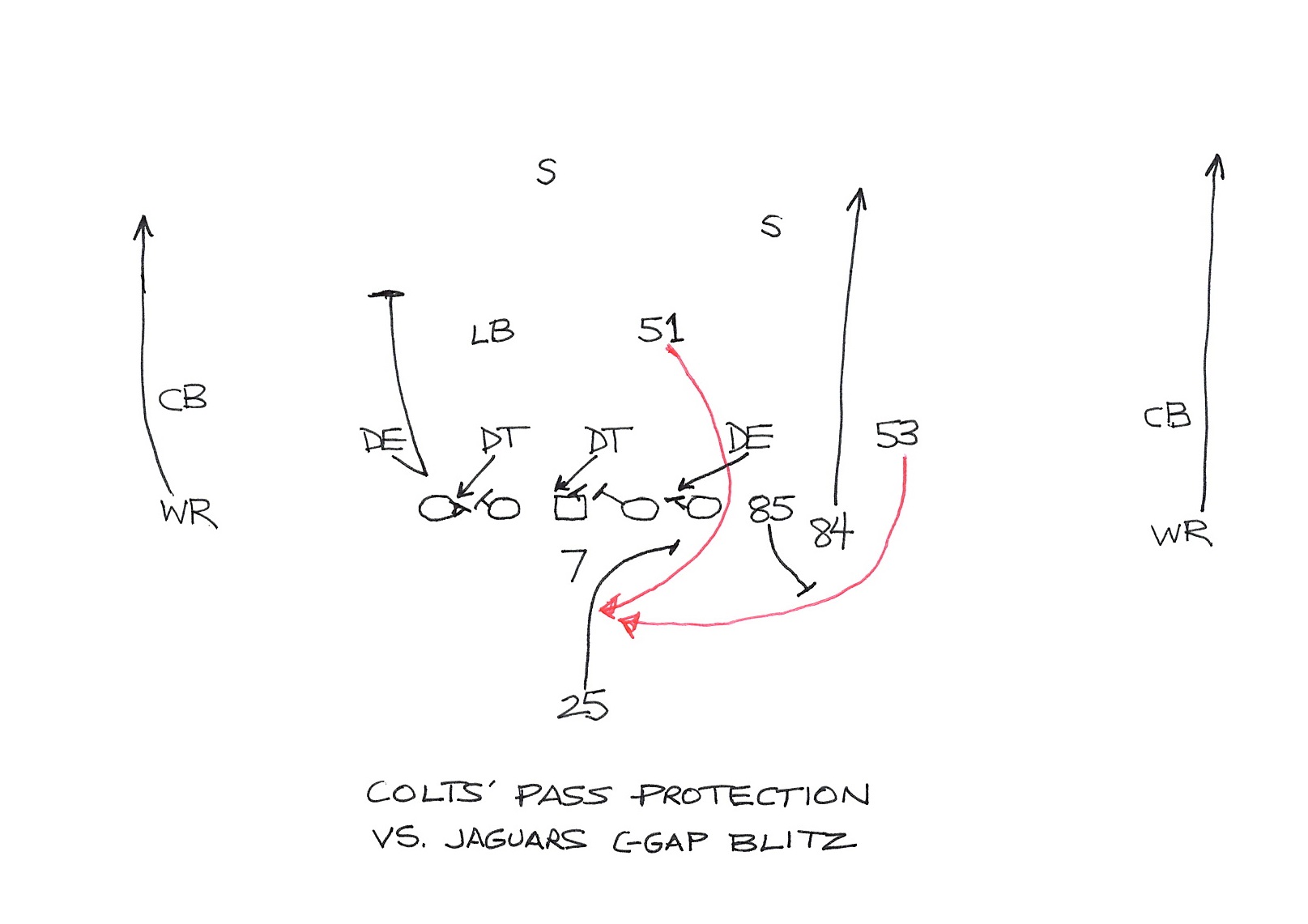 The sacks aren't all the offensive line's fault. This was a sack by Jaguars linebacker Paul Posluszny (51) last week in which Jacksonville rushed five and the Colts had seven pass protectors. The defensive tackle over the center and the defensive end over tight end Brandon Williams both scooped to their right to draw blockers. Then Posluszny blitzed through the C gap, outside the tackle. Rookie back Marlon Mack whiffed on Posluszny, and Williams missed the block on linebacker Blair Brown (53).