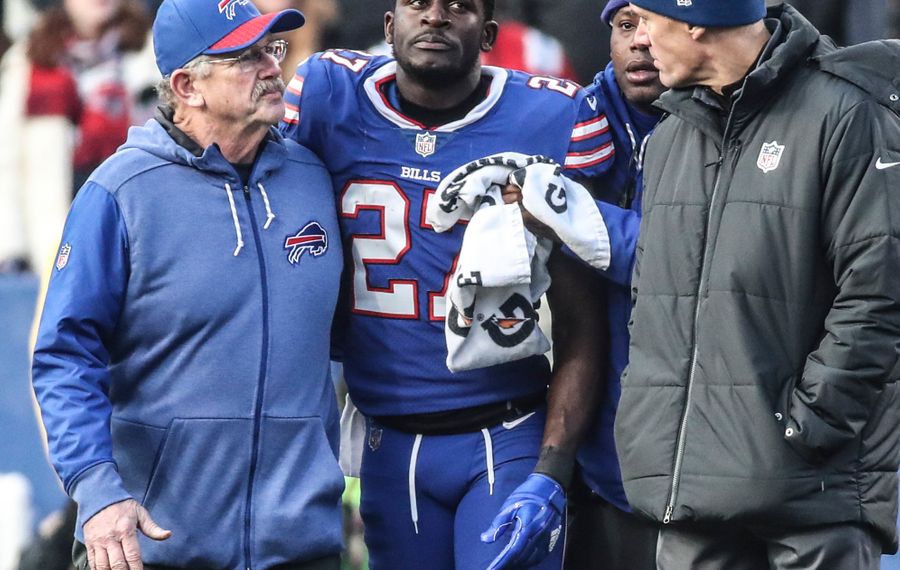 Tre'Davious White knows it could have been worse.

The Buffalo Bills' rookie cornerback returned to practice Thursday and is on track to play in Week 15 against the Indianapolis Colts, but football was understandably not the first thing on his mind when talking to reporters about the late hit he took last Sunday from Patriots tight end Rob Gronkowski.

"It's good, but at the same time, my life is way more important than football," he said when asked how much of a relief it was that he was able to return to practice so soon. "I've got a son to raise. I'm down there, my back's turned, head to the ground and somebody sneakin' me. I mean, he could have broke my neck, could have paralyzed me.

"Nobody thinks about that. They think about football. At the end of the day, if football ended today or tomorrow, I'll be fine. As long as I'm able to walk and raise my son and do the things that I want to do."

After feeling like he was interfered with on a play White intercepted Patriots quarterback Tom Brady, the 6-foot-6, 265-pound Gronkowski slammed into the Bills' rookie, who is 7 inches shorter and weighs nearly 75 pounds less.

Gronkowski apologized for the hit in the locker room after the game Sunday, saying he acted out of frustration. White said he hasn't heard from the Patriots' tight end, nor does he want to. He also refused to comment on whether he'll say anything to Gronkowski when the Bills visit New England on Dec. 24.

White told reporters that he was glad to have his mouthpiece in, fearing that he might otherwise have bitten his tongue off.

"At that point, I really couldn't think," he said of the immediate aftermath following the hit. "Headache. Busted my lip, stuff like that. But when I could get up and walk and see what was going on, I knew I was fine."

White called the one-game suspension Gronkowski received "a joke," but refused to elaborate on what he meant when he texted former player Ryan Clark that "the whole hood want him," referring to Gronkowski. Clark read the text on ESPN Radio.

"That's between me and Ryan," White said. "Nobody knows what it means but he and I."

Bills fans have been outraged by the play since Sunday, which isn't lost on White.

"I know people care, but ultimately I'm worried about my family, things like that," he said. "That's what's most important to me. I've got a son. Seven months. It could have been totally worse than that. Me not being able to walk again or something like that."

Here is video of White talking to reporters Thursday after practice. White also said it was a "dirty shot" and that makes Gronkowski, "a dirty player."