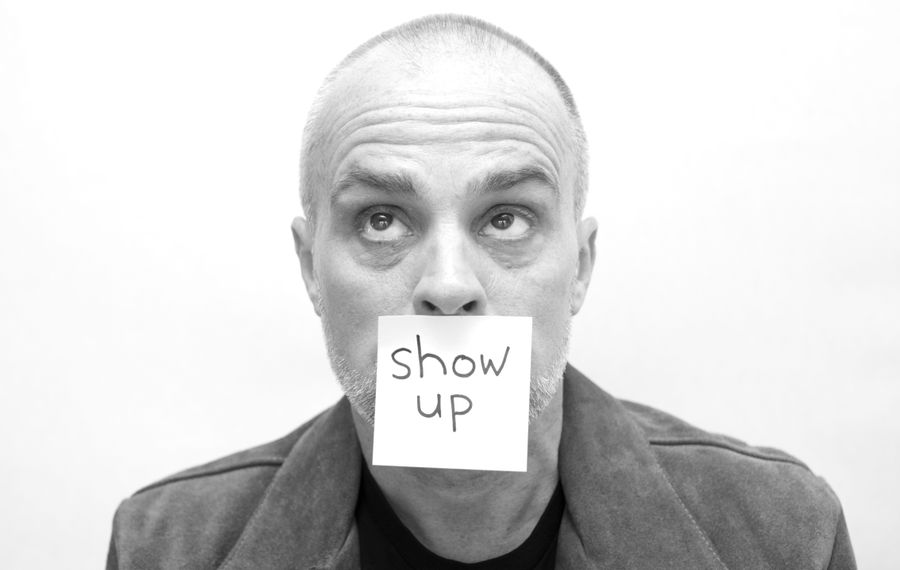 For decades, Buffalo's theater scene and college theater programs have produced a steady stream of performers who pick up the necessary tricks in the 716 before going on to wider fame. Many of them return from time to time for the odd fundraiser, speech or honor bestowed upon them by the community they left behind.

But few return as often, or with as much fresh material and personal relish, as Peter Michael Marino. The SUNY Buffalo State graduate's biggest claims to fame (thus far) include co-authoring the musical flop "Desperately Seeking Susan" and parlaying his experience into the hit one-man show "Desperately Seeking the Exit."

Marino's peculiar brand of improvisational lunacy will be on full display in "Show Up," his latest one-man production playing one night only at 8 p.m. Dec. 7 in Nietzsche's.

Marino describes the show as "a semi-improvised, socially anxious comedy that's based on the audience's wonderful and tragic life experiences." And it includes, as Marino's description vaguely promises, "a party."

As with past shows Marino has brought here, it has previously played various fringe festivals and other venues. He will take it to Toronto later this week.