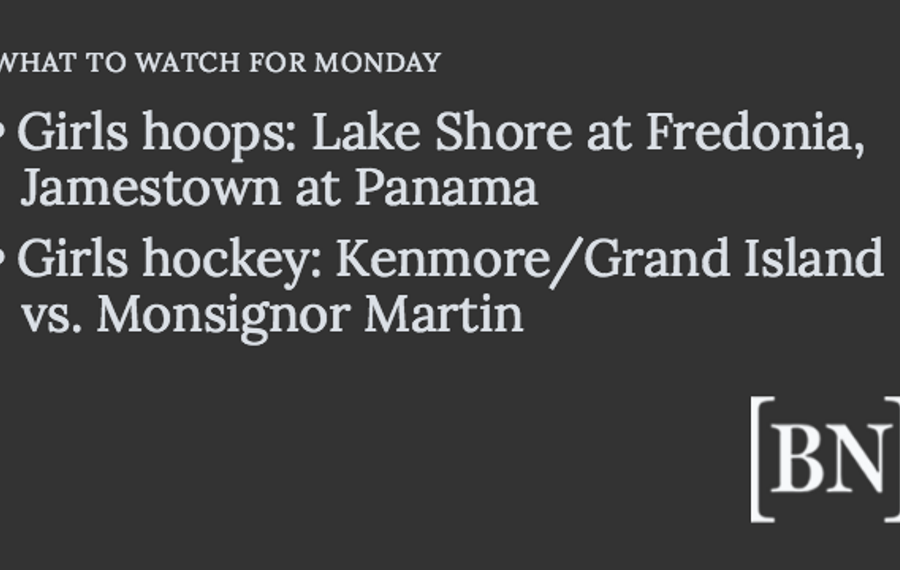 For the second year in a row, Lake Shore and Fredonia open up their seasons against one another. Lake Shore won last year and beat the Hillbillies again in January. Both teams figure to be contenders again come playoff time.

The Eagles, who were 20-2 last year and won the Section VI Class A title two years ago, are led by third-year sophomores Tashawni and Noelani Cornfield.

The Panthers made it to the Class D state final again last season, where it lost to Section X's Heuvelton for the second straight time. Sophomore Natalie Angeletti was fourth team All-Western New York last season.

The Red Raiders lost to Panama last year, 63-57. They're looking to build on a 9-13 season that ended with a loss to eventual Section VI Class AA champ Clarence. Third-year junior Allison Stockwell is the top scorer returning.

The lone girls hockey game of the day features Kenmore/Grand Island and Monsignor Martin at the open-air rink at Riverworks.

Monsignor Martin is 2-0 with wins over Lancaster/Iroquois/Depew and Frontier/Lake Shore/Orchard Park. Kayla Blas and Gracee Donovan each have three goals this season.

Ken/GI is 0-3 with three close losses by a combined five goals. Nina Stockman and Kaylynn Savoy each have two goals and Abigail Blair has three assists.