The male Eastern wild turkey known as Tom to many was for years a regular sight at the intersection of Paradise and Klein roads where he blocked lanes, pecked at tires and circled cars to the amusement of some and disdain of others.

But on Wednesday afternoon Tom was captured by Amherst animal control officers and transported to Nora's Ark to ensure Tom's safety and the safety of motorists, police said.

"After a quiet night and some time to get his bearings he was released on the property," Watson said by email. "He is doing very well and seems to enjoy exploring his new home. Since Tom is a wild turkey he must be allowed to be just that, a wild turkey."

She said that DEC regulations require that Tom be released in a suitable environment.

She added that Tom will be "free-ranging" and able to come and go from Nora's Ark, a refuge for wildlife that needs emergency care and the rescue and rehabilitation of livestock that has been neglected.

"There is a large rafter of turkeys already on the property and I'm certain that in time he will be absorbed into the group," Watson said.

Watson acknowledged that feelings about Tom's relocation have been mixed in Amherst, with some questioning why he needed to be moved if he survived at his old roost for so long without incident.

"It was in his best interest and the interest of public safety that the decision was made to relocate him," she said. "If he had been injured or killed by traffic or worse had there been human injury who would be accountable? There are always situations that leave one party or another unhappy with the outcome."

Watson said her experience as a wildlife rehabilitator and background in veterinary management allow her to know when an intervention is necessary to relocate wildlife from a heavily-populated setting.

"My hope is that he has the quality of life that he deserves, has a safe and happy life," she said, adding that Tom will have the opportunity to "gobble his stories of celebrity to his new turkey friends."

Amherst's notorious wild turkey has no fear of people, cars or Thanksgiving 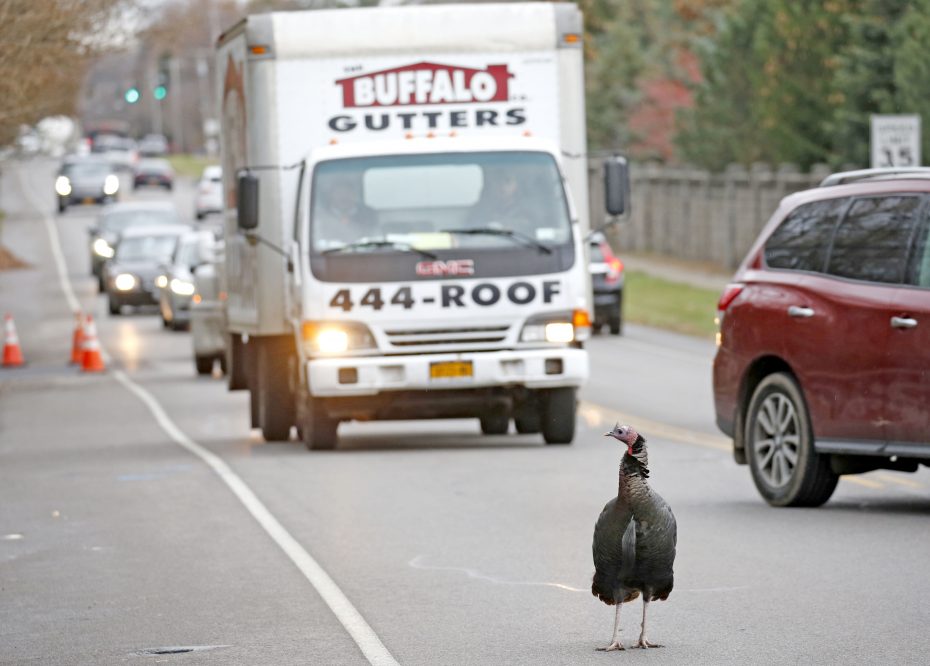