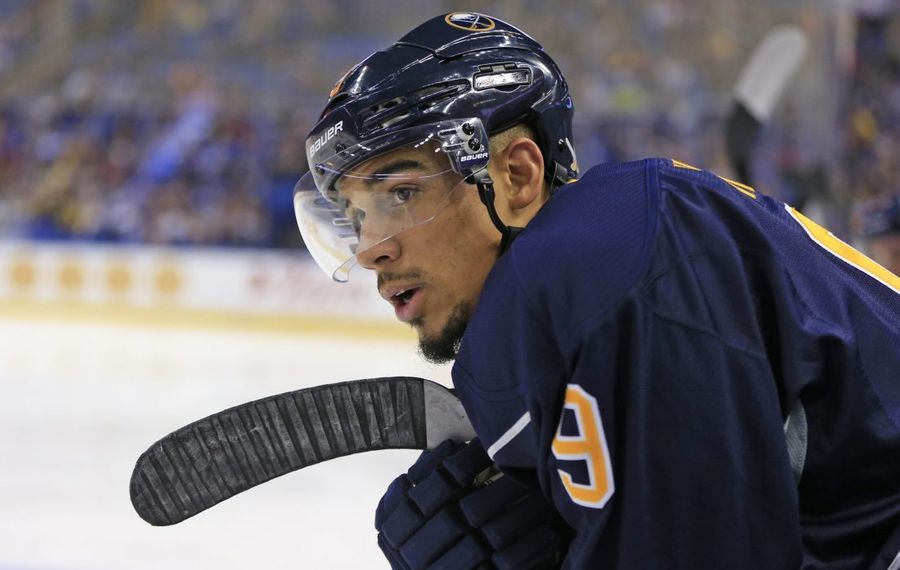 On one hand, trading Kane seems like a bad idea since he is the only consistent scorer on the NHL's lowest-scoring team. On the other, Buffalo has multiple needs and could lose the pending unrestricted free agent during the offseason anyway.

Botterill has yet to decide which hand has more leverage.

"We've been very happy from Day One with how Evander's come into training camp focused on our team and focusing on helping our team try to improve. Statistically, he's done a great job."

Kane has 12 goals and 23 points in 25 games for Buffalo, putting him on pace for 39 goals and 75 points, both of which would be career highs under new coach Phil Housley.

"I think Phil deserves a lot of the credit with Evander," Botterill said. "He reached out to build a relationship early in the season, and Evander's come in here from Day One of training camp and has performed very well for us.

"We've been very happy with his play."

But as Anaheim and New Jersey showed Thursday, general managers are talking and ready to trade. The Ducks sent a package involving defenseman Sami Vatanen to New Jersey in exchange for forward Adam Henrique and others.

"That's the balancing act you're always going to get, just like you saw with the trade today," the GM said. "I'm sure if you talk to both those teams, they're excited about the players they got, but it's also disappointment about the players you have to let go. That's always the things you're looking at, trying to find that mix."