Faced with crowd-sourcing $1.3 million in a span of two weeks, the Rochester Rhinos were in dire straits as a franchise.

Thursday, when the two-week deadline passed, Rhinos owners David and Wendy Dworkin announced that the United Soccer League squad, in the second tier of the United States' soccer pyramid, would take a one-year hiatus from play in an attempt to secure enough resources to compete in the 2019 USL season.

“While understandable, the decision by the owners of the Rochester Rhinos to suspend play next year is, nonetheless, disappointing on many levels," city spokesman James Smith said in a statement.

"Rochester has a long history of professional soccer and (this) announcement is clearly a disappointment for our region’s soccer community and fans. Obviously this decision also calls into question the future of the soccer stadium itself and how that will impact the neighborhoods that surround it."

Although there was no official update on how much of the $1.3 million was raised to overcome the club's financial doldrums, the Rhinos' continued inability to benefit from Monroe County's Hotel Occupancy Tax, despite leasing Capelli Sport Stadium - formerly Sahlen Stadium, then the home of the Western New York Flash.

The tax, a fee of 6 percent charged to Monroe County hotel guests used as a revenue generator for entertainment venues, was originally raised by the Rochester Democrat & Chronicle in April.

Frontier Field received $500,000 in 2016 from the legislation, while Blue Cross Arena and Rochester Riverside Convention Center split a separate $1.7 million. Capelli Sport Stadium has received no portion thus far; according to The D&C's Jeff DiVeronica, the Monroe County Legislator decides on the tax's beneficiaries. If you like legal documents, the fine print on the Hotel Occupancy Tax is here.

Back on Nov. 14, Rhinos head coach Bob Lilley accepted a new contact with the Pittsburgh Riverhounds of the United Soccer League, leaving his post with Rochester after four seasons, which included a USL title in 2015. Former FC Buffalo gaffer Brendan Murphy served as Lilley's goalkeepers coach for the 2017 season.

"I would fully investigate any opportunity to work with Bob Lilley again," Murphy said in regard to his professional coaching future. "It was an amazing experience and I learned so much from him. But I love Buffalo and I feel very fortunate to have the opportunities that I have here both professionally and with my family. It would take a lot for me to leave."

When asked about his reaction to the Rhinos' announcement, Murphy struck an optimistic tone and expressed gratitude for his time with the club.

"I'm heartened by the fact that their plan is to come back in a year," said Murphy on Thursday evening. "I'd hate to see that organization leave the area completely. It's such a staple of the soccer community on several levels; it's well known in the USL as a storied organization. It would be a big loss.

"It was one of the great honors of my career to work there for the Rhinos, to work with Bob Lilley and Mark Pulisic," added the director of coaching for Delaware Soccer Club and head coach of D'Youville College's men's program. "For me, as a local coach, who was afforded the opportunity to experience coaching professional soccer, I never would have had the chance to do that without the Rhinos."

Murphy added that he had confidence in the leadership of Rhinos general manager Pat Ercoli and the club's owners in their quest to reestablish the USL side. 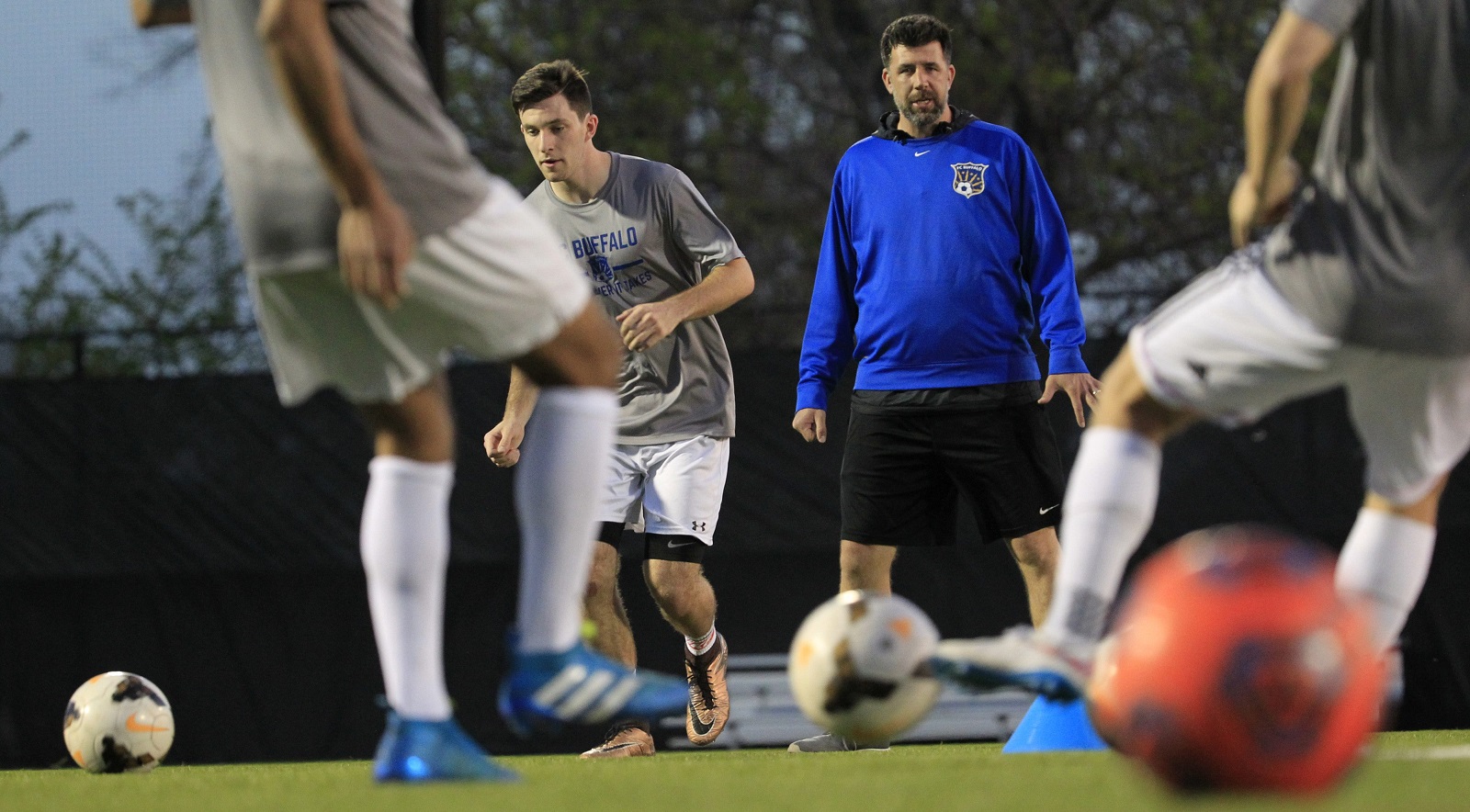 On a positive note, the Jr. Rhinos youth programs and teams are still expected to operate as usual during the 2018 season.

The struggles of a lower-level professional soccer club just an hour away from Buffalo prove how difficult it can be to survive in smaller markets, even as the highest level of American football - Major League Soccer - continues its expansion plans.

The Rhinos began play in the A-League, a predecessor to USL, in 1996, with perhaps the club's greatest achievement coming in 1999 as U.S. Open Cup champions, when they beat four Major League Soccer opponents en route to the crown.

A similar pain was felt in Rochester, and to a lesser extent in Buffalo, just a year ago, when the Western New York Flash, a professional women's side in the National Women's Soccer League, announced the sale of its franchise to North Carolina.

WNY Flash to be sold, relocated to North Carolina