Rob Gronkowski has 75 career receiving TDs in only eight seasons, which ranks No. 3 all-time among tight ends and No. 33 overall. The goal-line or red-zone fade to the New England tight end is one of the hardest-to-defend plays in the NFL. 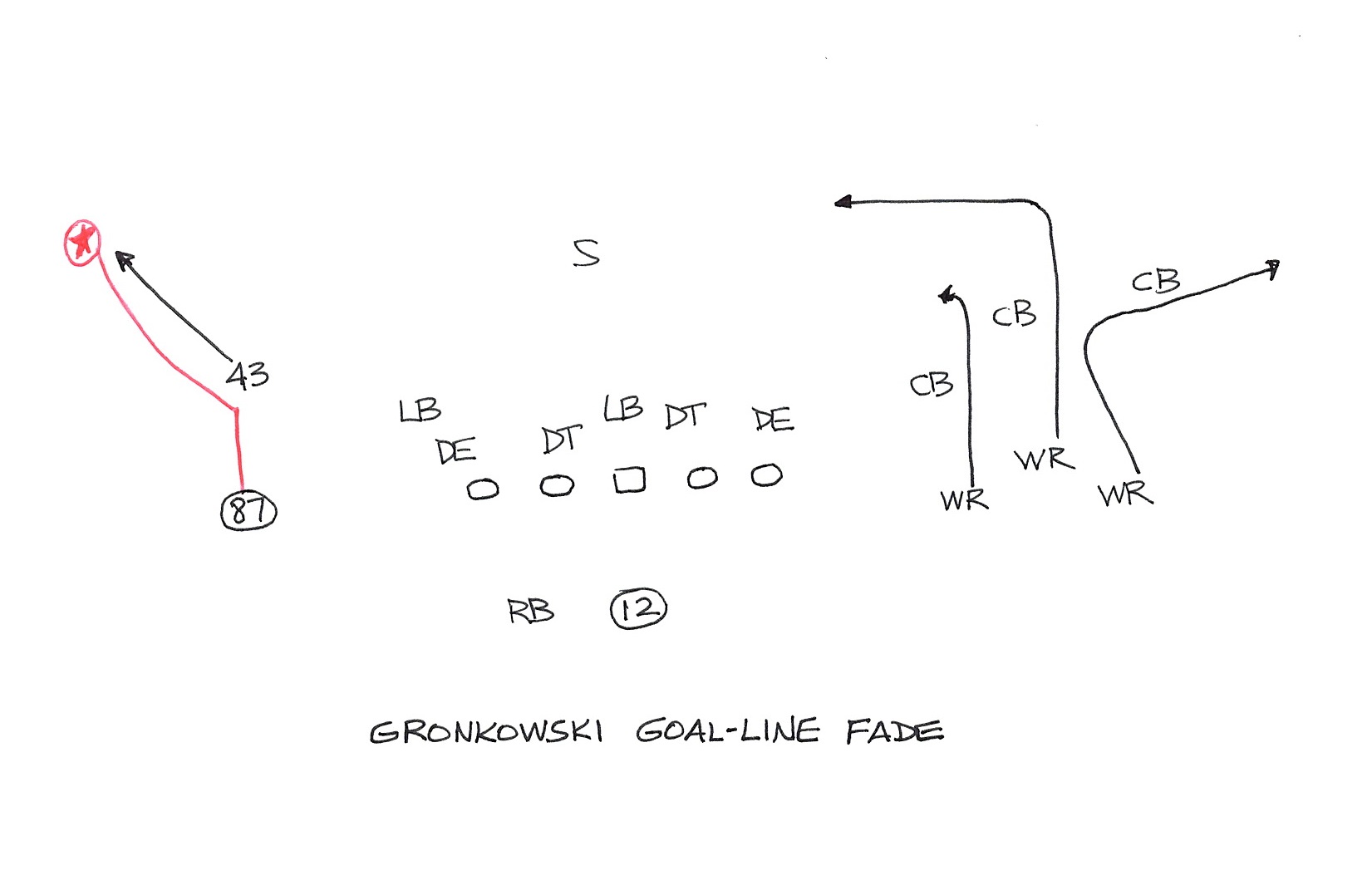 The Pats line him up alone on one side with three receivers to the opposite side. It forces single coverage. Gronkowski's size and great hands make him a mismatch for anyone. If the defender overplays the outside, Gronkowski can run an isolation slant and box out to catch the pass. Gronkowski ran this play on Houston safety Corey Moore (43) for a 5-yard TD in Week 3. He ran it for a TD against Tampa last season. He ran it out of the slot for a TD vs. the Jets in Week 6. He ran it for a 22-yard TD on Seattle's K.J. Wright in Super Bowl XLIX.

"The whole stadium knows where the ball's going in that situation," said Bills safety Jordan Poyer. "You just have to play physical. When the ball's in the air, you have to want it more."