Everyone in Sherman knew Rosemary Billquist.

Every morning, they’d see her running around town preparing for her next marathon. She always made sure to wave.

And everyone in town also knows Thomas Jadlowski, the hunter who Chautauqua County authorities say mistook her for a deer and shot her the day before Thanksgiving.

“Those are two major families in this town,” said Kaitlyn Freligh, who runs the Main Street Diner with her parents, around the corner from the Sherman Community Church where Billquist's funeral was held Wednesday. “It kind of tears the town apart."

A week after the shooting, more than 200 mourners packed into the white, country church with a classic bell tower, to pay their respects and celebrate Billquist's life. 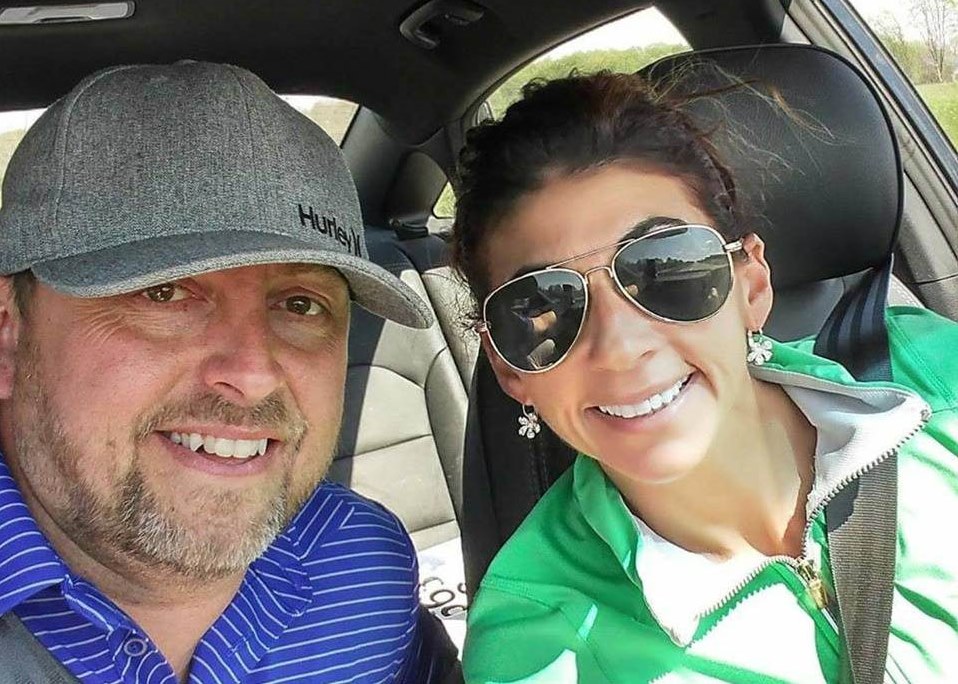 Rosemary Billquist, shown with her husband, Jamie, was killed Wednesday when Chautauqua County investigators say a hunter mistook her for a deer and shot her while she was walking her dogs near her home after sunset. (Photo courtesy of Jamie Billquist)

On Nov. 22, the 43-year-old hospital worker had come home from work and was walking her yellow Labs, Sugar and Stella, about 100 yards from her home when she was shot in the hip.

Chautauqua County sheriff’s investigators said Jadlowski, 34, who lived about a quarter mile away, was about 200 yards away from Billquist when he fired the fatal shot. They said he is cooperating with law enforcement. The district attorney’s office is considering criminal charges including second-degree manslaughter and criminally negligent homicide. The DA, the sheriff's office and the state Department of Environmental Conservation have announced they will hold a news conference about the case Thursday afternoon.

Billquist’s death made national news, a rarity for events in Sherman, a town of about 1,800 residents in southern Chautauqua County.

“It’s shocking, all right,” said Larry Fardink, an assistant fire chief with Stanley Hose company. He was among more than 875 people who filed into the Spitzer Funeral Home Tuesday for Billquist's visitation. The paramedics in the company were among those who were dispatched to the scene of the shooting. "They're all taking it hard," Fardink said. "But they'll get through it."

Wednesday morning, Billquist’s white coffin lay inside the church, next to a Christmas tree by the pulpit, decorated with white angels and red poinsettias. An acoustic ukulele version of "Over the Rainbow" played as mourners filled the church.

A spray of brightly colored flowers lay on top of the coffin. On either side were dozens of photos of Billquist smiling, hugging friends, holding one of her dogs as a puppy and wearing silly costumes with her husband, Jamie.

At the service, friends and family remembered the delightful sound of Rosemary Billquist bursting into laughter, her gorgeous, curly black hair, her love of animals and the way she put everyone ahead of herself.

Her husband shared funny stories about her, like the time she accidentally drove his truck into a ditch when she went to check on some ducks in a pond.

“Thank you,” he said to the packed church. “I know she’s looking down on us,” he said, referring to the yellow sunlight pouring in through long stained glass windows. 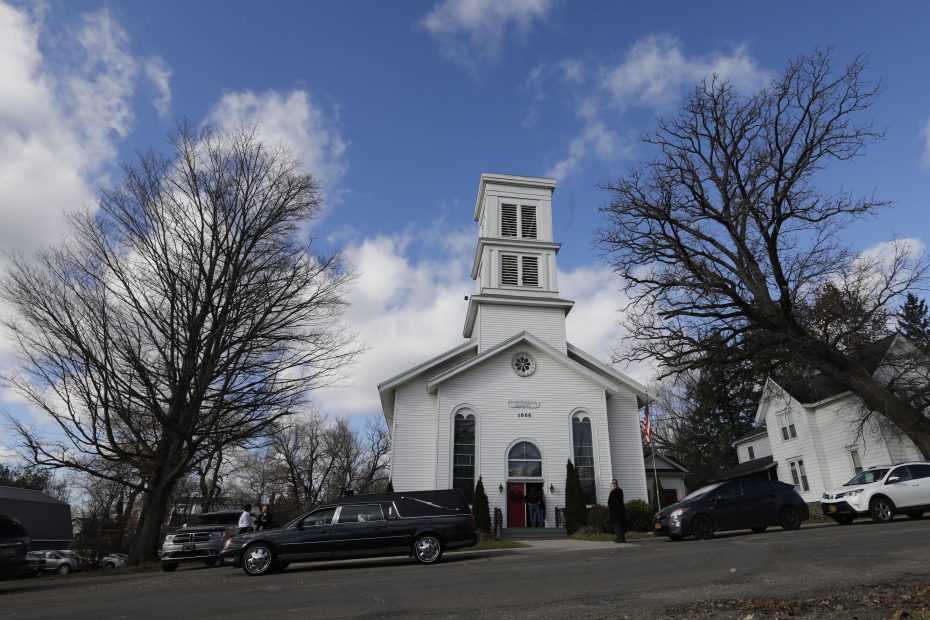 Mourners gathered inside the Sherman Community Church in Sherman on Nov. 29 for the funeral services for Rosemary Billquist, who was shot Nov. 22 by a hunter as she was walking her dogs. (Derek Gee/Buffalo News)

The pastor talked about the anguish and shock her death has brought to Sherman and he urged mourners not to turn to anger. “One week ago we suffered a terrible and tragic loss,” the Rev. Steve Kilburn said. “I believe Sherman has weathered tragedies before.”

He challenged mourners to heed the message Billquist inscribed on a bench she donated to WCA Hospital, where she worked, so that patients waiting for rides would have a place to sit: “In a world where you can be anything, be kind.”

Stickers with those words were given to the mourners as they filed out of the church behind her white casket.

Jamie Billquist bent down to kiss the coffin as it was loaded into the hearse that would take it to the Sherman cemetery, where his wife used to park her car before going on a run through the town.

The death has cast a pall over the town.

Almost everyone in the area hunts, and many questioned how such an accident could happen.

"I'm a hunter," said Freligh at the diner in between taking breakfast orders. She can't understand why someone would fire a shot without being completely sure of his target, but she also felt for Jadlowski and his family. "He has to live with it for the rest of his life," she said.

“It’s such a tragedy,” said Fred Hamilton, who grew up in Sherman, as he smoked a cigarette on a bench outside the Main Street diner. “It’s destroyed two families. It’s made a very sad time in this town. You can see it in everybody’s faces.”

Husband of hunting accident victim: 'Her life was cut way too short'