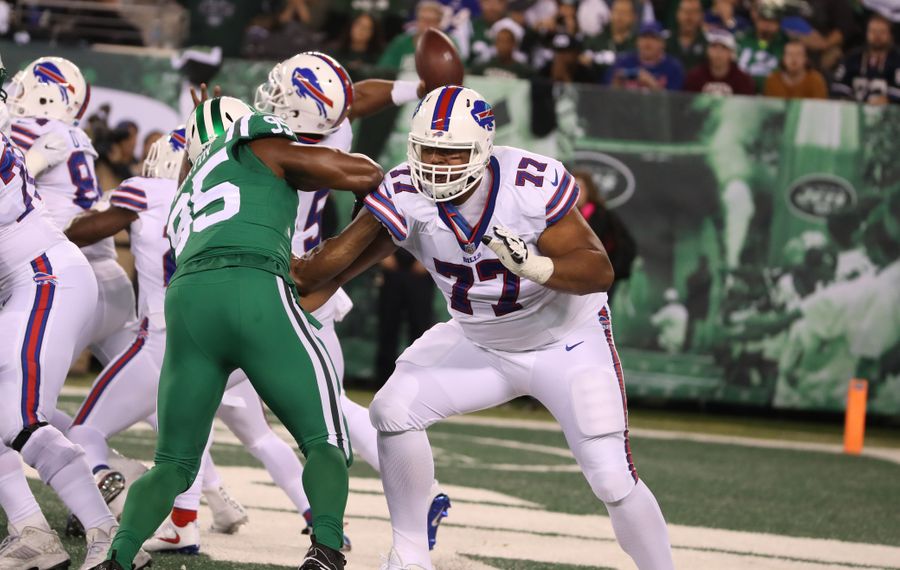 Five Bills players are expected to miss practice Wednesday as the team begins preparations for Sunday's home game against the New England Patriots.

Left tackle Cordy Glenn, however, will no longer be listed as day-to-day with a foot/ankle injury, McDermott said, adding that the team has no timeline for his return. Glenn has missed the last three games, most recently playing in the Thursday night loss against the New York Jets, but McDermott said ruling him out for the season was premature at this point.

"He continues to work through it," McDermott said.

Benjamin has a torn meniscus in his right knee and is not expected to play this weekend. Benjamin was injured on the fourth play against the Los Angeles Chargers and did not make the trip last week for the game at Kansas City.

Jordan Matthews and Charles Clay will be listed as limited in practice, as has been the case of late. Neither has missed game time since returning from their initial injuries.

[BN] Blitz newsletter: No drastic changes in store for Tyrod Taylor after benching