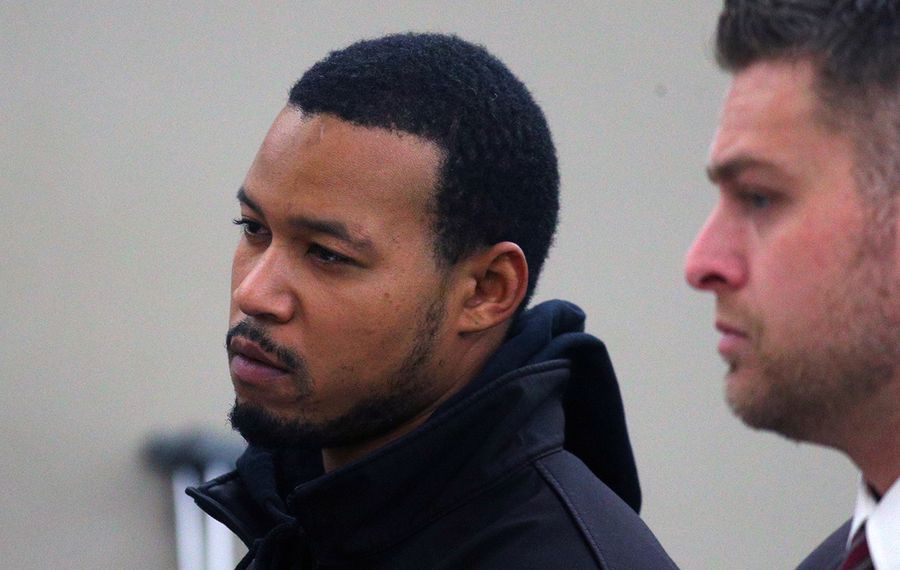 The Buffalo man accused of gunning down an acquaintance on an Allentown street pleaded not guilty Monday morning to a charge of murder in the second degree.

Jeremy Wright, 30, is accused of killing Saleem Merukeb, 37, during an altercation in the early morning of Nov. 3.

District Attorney John J. Flynn said the two men knew one another and got embroiled in some type of dispute when they were in Frizzy's Bar & Grill on Allen Street. The men took their argument outside, where, according to witnesses, Wright allegedly told Merukeb that he was "going to go get my gun."

Flynn said Wright retrieved the weapon from his car, came back and shot the victim.

Flynn also said the incident was captured by several security cameras in the area.

After the arraignment, Flynn emphasized that this was not a random crime.

"There is no 'crime problem' in Allentown," Flynn said. "This was two individuals who knew one another."

He declined to reveal how the men were acquainted or what they argued about, only to say those details "would be fleshed out at trial."

Merukeb was an electrician and had two children, his father said. Little information has been released about Wright, although Buffalo Police Lt. Jeff Rinaldo previously said he "was known to police."

Judge Sheila A. DiTullio ordered that Wright continue to be held without bail. His next court appearance is scheduled for Dec. 13.