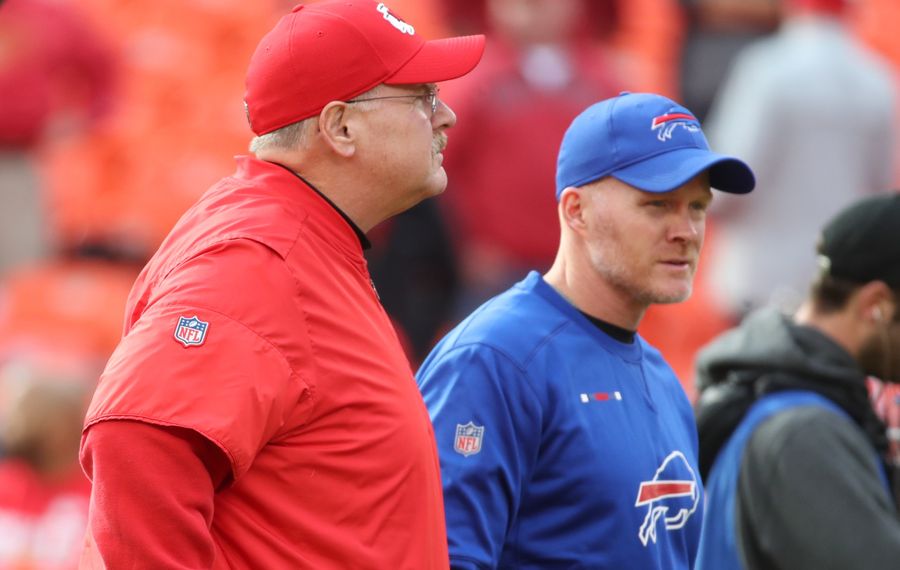 The Bills defense went MIA for the last three games, but it returned with a vengeance in the first half against the Chiefs.

The Bills forced three-and-outs on the Chiefs' first five possessions of the game. Alex Smith hit Demetrius Harris for a 28-yard gain with 3:30 left before halftime, but that was the Chiefs' only first down of the half. The Bills held them to 57 yards on 20 plays, which is the fewest yards the Bills have allowed in a first half since Dec. 22, 2013, when they limited Miami to 56.

Chiefs fans booed the team off the field at halftime. After starting the year 5-0, they haven't scored a touchdown since Nov. 5 – a span that was extended to 22 consecutive possessions when they kneeled out the clock at halftime.

Record snapped; new one started: Hauschka's NFL record streak of 13 straight field goal makes from 50 yards or longer was broken when he missed wide right from 52, but he responded with a 56-yard field goal at the end of the quarter to start a new streak and set the Bills' record for most 50-yarders in a season (seven).

Kelce blanked: Chiefs star tight end Travis Kelce was held without a catch in the first half.