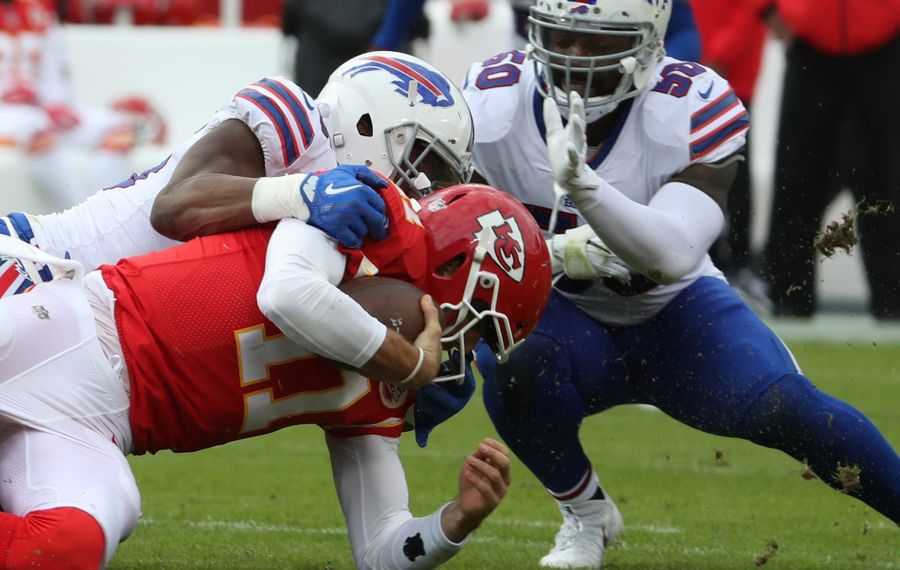 The Chiefs' All-Pro tight end was held to three catches for 39 yards. Amazing. He entered the game leading all tight ends in both catches (59) and yards (738). There was a bunch of bracket coverage on the 6-foot-5, 260-pounder.

Chiefs quarterback Alex Smith was looking for Kelce on a third-and-9 play in the third quarter, but linebacker Preston Brown and cornerback Leonard Alexander had him bracketed downfield. Smith held the ball and was sacked for a 16-yard loss. On the fourth-and-4 incompletion for Tyreek Hill in the fourth quarter, the Bills had Kelce covered on an out route to the sideline. Smith wanted Kelce on a second-and-25 play in the third quarter, but Brown took a deep drop to get in the path, and Smith was forced to check down for a harmless completion. It was a great day for the coverage team.

Chiefs running back Kareem Hunt managed just 17 yards on 11 carries, a 1.5-yard average. Overall, the Chiefs gained 55 yards rushing. The Kansas City offensive struggles begin up front. The Chiefs have managed just 22 points in their last nine quarters. Their run game averaged 156 yards a game the first five weeks of the season. The past six games it is gaining just 76 a game. 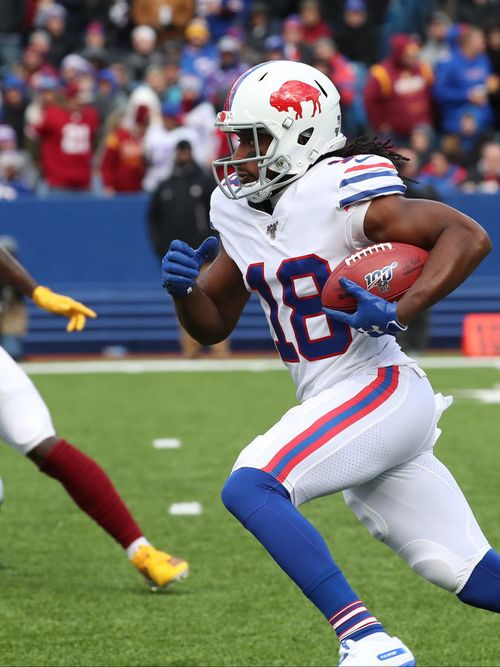 Buffalo Bills return specialist Andre Roberts has been added to this week's Pro Bowl and will be making his second consecutive appearance.He replaces Mecole Hardman of the Super Bowl-bound Kansas City Chiefs.In his first season with the Bills…

The Bills were stout in the middle against Chiefs center Zach Fulton and guards Bryan Witzmann and Laurent Duvernay-Tardif. The Chiefs tried to power up with bigger formations and outmuscle the Bills, as New Orleans did two weeks ago. But on 10 runs with an extra tight end or two backs on the field, the Chiefs managed just 16 yards. It was a forgettable game for Chiefs tackle Eric Fisher. He was whipped repeatedly by Jerry Hughes.

The Chiefs' wideouts were relegated to screen plays and shallow check-downs. There was just one pass attempt more than 20 yards downfield to a Chiefs wideout. That was in the first quarter. But Bills cornerback Tre'Davious White got such a good jam at Hill at the line of scrimmage, the ball was overthrown by 25 yards. Chiefs receiver Albert Bailey's 19-yard TD came on a screen. The TD to Buffalo's Zay Jones was a shallow crossing route. Jones also had an 18-yard slant catch-and-run that set up a field goal.