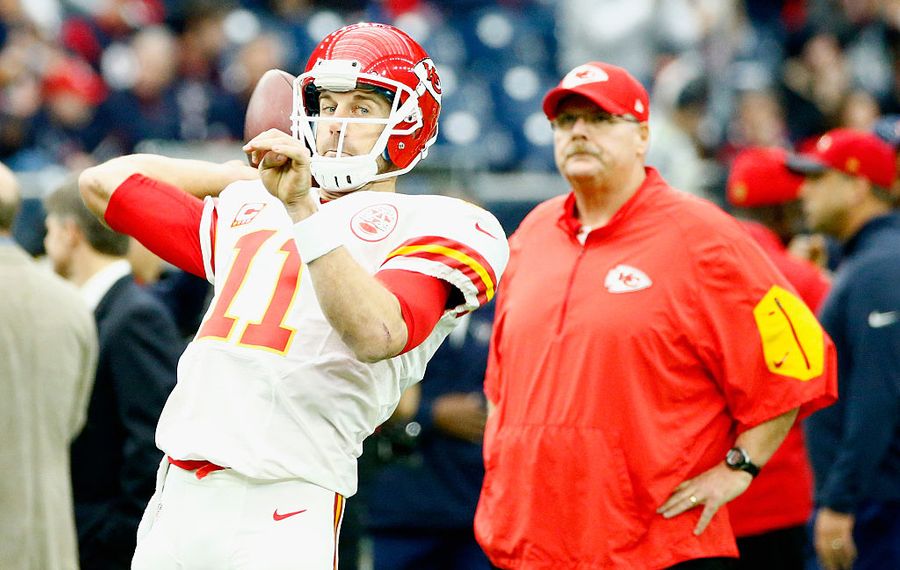 Chiefs coach Andy Reid met with the media in Kansas City on Friday. Here is what he said:

OPENING STATEMENT: “As far as the injuries go, the guys, and they’ll be listed as out, are Dee Ford and Terrance Smith. Everybody will be up and ready to go. We look forward to the challenge of playing Buffalo. We know they’re a good football team. Our guys had a good week of practice. Good day today after coming off of Thanksgiving and moved around pretty good.”

REID: “He did a good job. He moved around good. We’ll see how he is after today, but he’s been good.”

Q: How about Darrelle Revis?

REID: “He moved around good too. He’s been out for a while but he sure looked good moving around.”

Q: Any chance he plays on Sunday?

REID: “I don’t know. I’ll get with these guys and talk to them afterwards and see where we’re at. He practiced today and did a nice job.”

Q: It’s been almost a month since you guys have played at Arrowhead, you have a noon game and it’s supposed to be 65. What do you expect it to be and how nice is it to get back?

REID: “Unusual weather, this is beautiful for this time of the year. A lot of people are in town and let’s go man. Let’s rock Arrowhead. That’s a great thing when that’s taking place. I look forward to that. I know our guys do and it should be an exciting atmosphere for a football game.”