Tyler Ennis became a big Bills fan during his days in Buffalo and his first response when I greeted him two weeks ago in Toronto was "How's Tyrod doing? He's the man."

So the former Sabres forward was more than pleased today to get the news that the team is going back to Taylor this week in Kansas City after its one-week experiment with rookie Nathan Peterman.

"I think it's the right choice," Ennis said in KeyBank Center, where he joins former Buffalo teammate Marcus Foligno in playing the Sabres Wednesday night as members of the Minnesota Wild. "I didn't know too much about Peterman. I like Tyrod. I think Tyrod is a good quarterback, the best one on the roster in my opinion. I'd like to see Tyrod in there. It was an unfortunate day for Peterman and hopefully the Bills can turn it around. Who knows?"

Inside the NHL: Homecoming beckons for Wild's Foligno and Ennis

Ennis is hoping for a similar quick turnaround from the Wild, who are 0-1-1 in their last two games after a four-game winning streak. Ennis said he expects to have an unusual feeling for his first game back in the arena that had been his NHL home since late in the 2009-10 season. He said he wasn't taken by surprise by the July trade that sent him West after two injury-plagued seasons.

"When there's that much turnover every year, it's almost expected," he said. "You're comfortable here but when there's that much going on you're almost anticipating something could happen. It's good to be a part of the Minnesota Wild. I miss Buffalo a lot and it's nice to be back to see the people, see the staff, the great people in the organization. But it's really fun to be part of Minnesota." 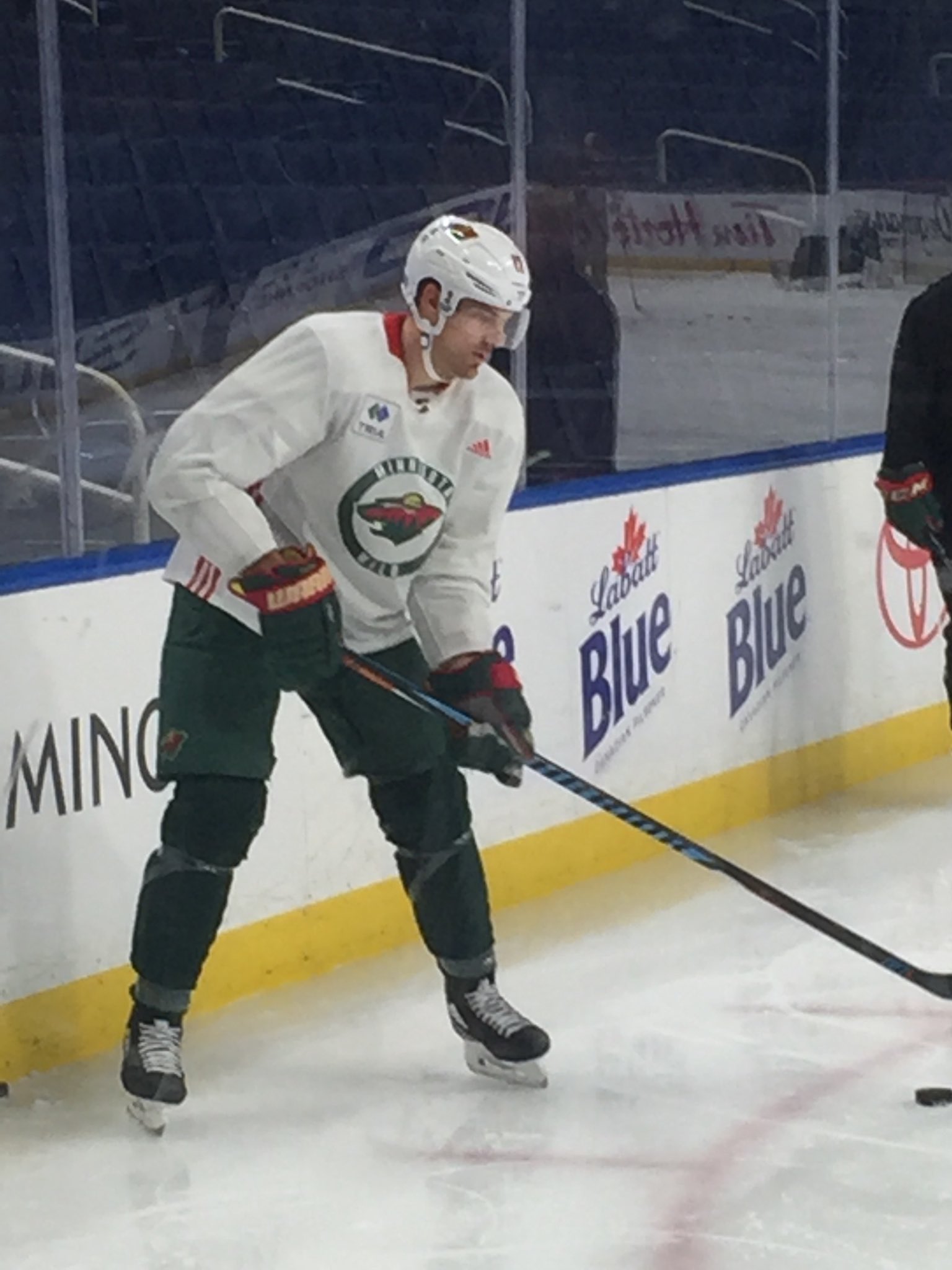 Foligno said he spent Tuesday night having dinner at the home of his sister, Cara, who is the Sabres' marketing manager. He said it's been good to be back the last couple of days to see former teammates and staff and even joked today he was happy to see the Buffalo media (During his time here, Foligno became one of the go-to players in the Sabres' dressing room).

"Any time you come back to play the team you got traded fun, you want to win," he said. "There's a little bit of emotion. You want this one more than a regular game but I just have to approach it like a regular game and not get caught up in all that. You'll see some familiar faces on the forecheck so you've just got to play like another game and that should help me."

"I'd like to think they appreciated my time here and I appreciated it here too,' Foligno said. "I loved being in Buffalo. This is my home as well as being born here. Maybe I hear a boo or two here but hopefully nothing too loud."

"It should be fun," Ennis said. "It could get a little emotional but it will be special."