It might seem to be a political opportunity for Stephanie Miner. The Democratic mayor of Syracuse has been at odds with Gov. Andrew M. Cuomo for years. She leaves office in January because of term limits, and she has spoken openly about a possible challenge to Cuomo for the 2018 Democratic gubernatorial nomination.

Miner woke up Sunday to learn Lisa Marie Cater, a Western New York woman, had filed a potentially explosive federal lawsuit in Manhattan. Cater, who worked for the state Department of Motor Vehicles, accuses Cuomo and his staff of ignoring her appeals for help during a time when, she maintains, she was sexually harassed, threatened and assaulted by Sam Hoyt, former regional president of Empire State Economic Development Corp.

The Syracuse mayor declines to turn that story into a budding campaign issue. The Cuomo administration contends that the complaint does not match up to documented history, and Miner said she will allow the case to play out in court before she makes any decision about blame.

She sees that as fairness, not as any endorsement of Cuomo.

Miner might seek the nomination despite a daunting historical reality. It's been 97 years since anyone from west of Albany was elected governor. That time frame says everything about the obstacles.

Her motivation, Miner said, long predates the Hoyt furor. Her 2013 letter to the New York Times, which criticized Cuomo for "an accounting gimmick" when "billions of dollars’ worth of corporate tax breaks have been given away," triggered two reactions. Allies praised her for political courage. Critics wondered why a Democratic mayor, serving at the time as state co-chairwoman of the party, would pick what they saw as a counterproductive fight with a Democratic governor.

The Times has offered a detailed investigative look at endemic problems with the subways. While Cuomo has initiated an emergency plan to accelerate repairs and service, The Times maintains that the deteriorating system is the result of decades of state and city decisions that kept the subway on what columnist Jim Dwyer describes as "starvation rations."

"What this proves," Miner said, "is the way Albany is doing business right now is doing a disservice to a huge number of New Yorkers." 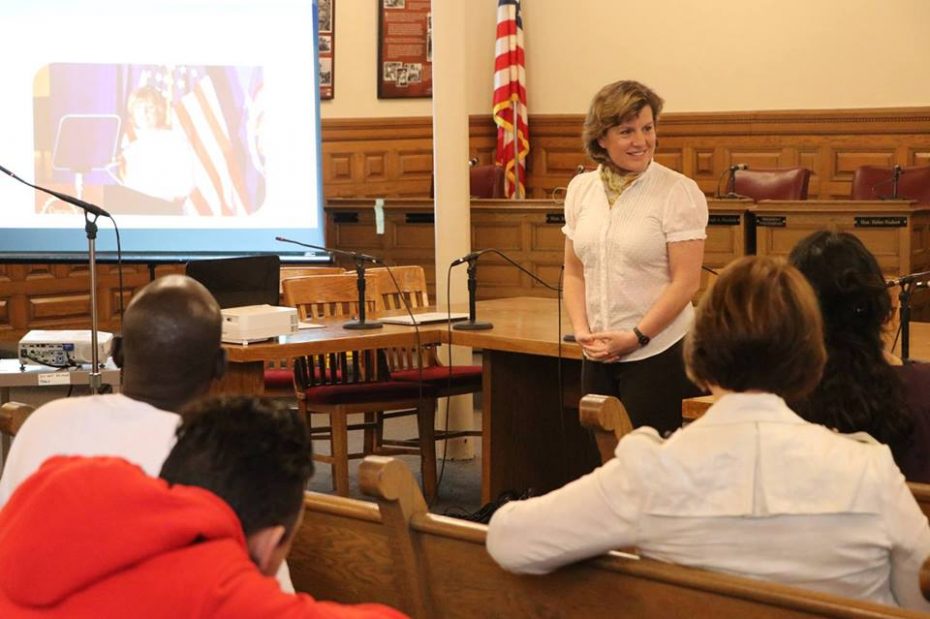 Certainly, she said, she is intensely aware of national convulsions about sexual harassment, the way every day seems to bring new revelations about celebrities and politicians from both sides of the political aisle.

She provides a historically interesting perspective. In 2009, she became the first woman elected mayor in one of the state's "Big Five" cities: New York, Buffalo, Rochester, Syracuse and Yonkers. Miner has spent much of her adult life in politics. She said that, at different points in her career, she experienced or witnessed unsettling sexual overtures and behavior.

"You would be hard-pressed to find any 47-year-old woman who hasn't," Miner said.

What is stunning about the past six or seven weeks, Miner said, is the way an entire cultural perception has been transformed. For years, she said, if young women sought her advice about going into politics, she would quietly warn them about the risks and pitfalls of an often all-male environment.

She would tell them to never allow themselves to be alone with men — especially men in power — they didn't utterly trust. "If your intuition tells you something is wrong," she warned them, if any instinct signals a professional invitation might be leading toward some inappropriate message, to immediately do whatever it takes to avoid that situation.

Now, after a national avalanche of harassment and assault revelations followed a litany of disclosures about Hollywood producer Harvey Weinstein, Miner said, "All of this stuff that's happened" leads her to hope for a kind of workplace reality she once believed she might never see.

For much of her lifetime, she said, she simply assumed that an implicit level of sexual ugliness was a subterranean reality in almost any workplace, that some men would always see women as "prey," and that vigilance and foresight were the only forms of protection.

Now, for the first time, it seems possible that the landscape itself might be transformed — and that risks she once saw as almost inevitable for women could actually disappear or at least move beyond toleration.

It is a profound shift, she said, a great cultural step, and she feels a sense of  joyous disbelief as it comes to be.

As for Hoyt, she draws a careful line. Miner is a lawyer,  and the case has not made its way into a courtroom. A 1999 graduate of the UB Law School, she said she will withhold judgment until she sees the facts.

If she runs for governor, she said it is because of structural reasons with direct correlation to Buffalo, Syracuse, Rochester and other communities throughout Western New York and Upstate.

Miner's position is that the essential makeup of these cities – wounded by the flight of industry and loss of a residential middle-class, cities stripped of a tax base while shouldering extreme levels of poverty – demands a new relationship with the state on such burdens as crumbling infrastructure.

That is at the heart of her longtime philosophical feud with Cuomo. She contends state government should be less interested in what she calls "glib, preposterous economic development proposals that make for a great headline" and focused instead on the disintegration of core elements of New York's cities.

Specifically, roads, pipes – and the schools.

Look around the state, Miner said. The subways are falling apart in Manhattan, water lines are rusty and leaking in Syracuse, and an overburdened sewer system often pours raw waste into the Niagara River, at the foot of Niagara Falls.

While Cuomo's press office did not return a call seeking comment, the governor's response in the past has been an emphasis on the idea of working with communities that offer their own distinct, innovative plans for revival. Yet Miner argues that the core of that approach results in enormous public incentives for such projects as Destiny USA, a giant mall in Syracuse, or Solar City, the much-debated solar panel initiative in South Buffalo.

In 2015, when Miner appealed to Albany for help with the city's water lines, Cuomo's response was that the state already provides significant help and that it was up to Syracuse and other upstate cities to lead the way in identifying potential hope for local economies. The state, he argued, would support creative strategies, fueling civic energy — and he often uses growth and transformation in Buffalo as an example.

Once that renaissance happens, "you fix your own pipes," Cuomo said in a 2015 interview with the Syracuse Media Group.

"Look at the data," she said, referring to some of the high-profile state projects involving incentives. "The jobs being promised aren't created, and the taxpayers are the ones left on the hook."

She is busy finishing her second term in City Hall, and then she will "get some sleep and give it some reflection" about whether to step in and challenge the governor — a decision also being weighed in Syracuse by Sen. John DeFrancisco, a Republican and deputy majority leader in the state Senate, whose blunt political style has sometimes been likened to Miner's.

Looking at the electoral turbulence of the past year, Miner describes a point of hope: Voters have been reminded of their individual importance in participatory democracy. To Miner, the potential intertwined with that revelation is the idea that conditions we've taken for granted must not always be so.

If she runs, she'll press that case about Upstate, and Albany.