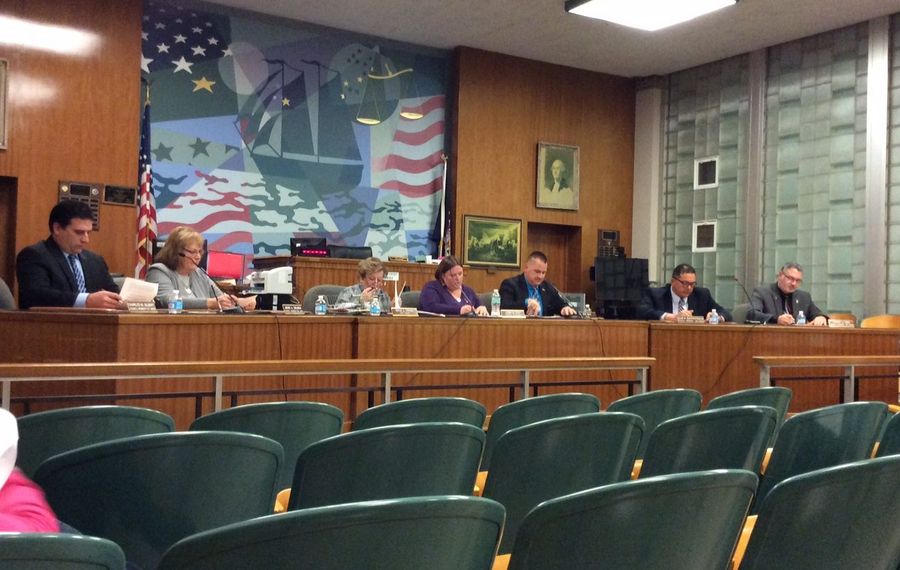 Davis' 2018 budget calls for an increase in property taxes of 4.99 percent, which would raise taxes nearly $90 per year for an average home.

The Council held a public hearing on the budget Nov. 8, but had published an incorrect notice of the meeting date.

The Council met in executive session prior to the meeting with its city attorney to discuss whether a vote on a budget would be legal. When the board came back into session, three of the five board members abstained from voting, citing procedural issues.

First Ward Councilmember Charles Gilbert said, "Rather than legally or illegally vote I decided it wasn't in the best interest to do something that wasn't proper."

Toth said he was disappointed that their efforts to "whittle down the budget" did not succeed and noted that he voted against both the budget and the approval to override the tax cap.

The 2018 plan is more than two and a half times the state tax cap -- a cap which Davis had called "totally unrealistic."

The city has gone over the tax cap for the past three years with an approximately $200,000 shortfall each year.

Taxes pay for 53 percent of the budget and to stay under the cap would require a huge reduction in city services, Davis said.

He told the Council Tuesday he felt he had presented a fair budget. He said: "The budget I gave to the council - even if you would have cut $10,000 it would have affected services in the city."

When Davis originally presented the budget he faulted sanitary sewer remediation, an unfunded mandate by the state, which will cost the city a total of $18.4 million over the next five years.

Services, which include police and fire departments, as well as salaries of other employees -- a total of approximately 125 employees -- as well as employee benefits account for 78 percent of the city's budget.