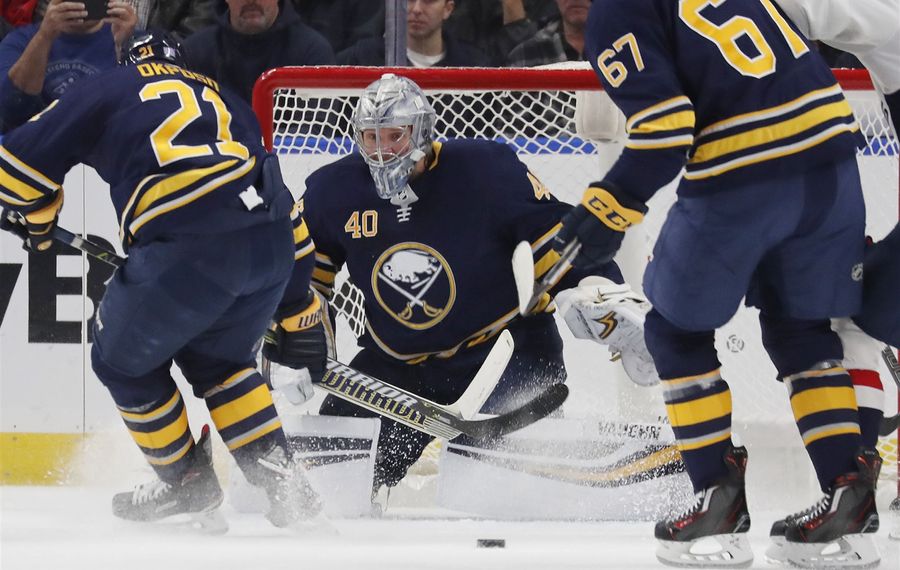 It's a dismal, gray, Monday in Buffalo, matching the mood of many Western New York sports fans after the Buffalo Bills dismal performance on Sunday. Can the Sabres lift the region's sporting spirits? It will be a tall order when the Sabres host the Columbus Blue Jackets at 7 p.m. Monday in KeyBank Center.

Here's what you need to know for the game:

1. The Blue Jackets are good. Columbus is on a three-game winning streak and coming off a 2-0 win over the New York Rangers. The Blue Jackets are tied for first place, with New Jersey and Pittsburgh, in the Metropolitan Division. In their last meeting with the Sabres, Columbus took a 4-0 lead before Seth Griffith scored in the final three minutes to end the shutout bid by Sergei Bobrovsky. The Blue Jackets got a late goal against Chad Johnson for good measure in the 5-1 win.

2. Goals for the Sabres have been at a premium. Buffalo has scored just one goal in three of its last four games. The only aberration came in a 5-4 overtime loss to the Penguins in Pittsburgh. The Sabres are last in the NHL in goals for (46) while their goal differential, minus-25, is second worst in the league to Arizona (minus-31). Evander Kane continues to lead the Sabres in scoring with 11 goals and 19 points in 20 games. It is the quickest 20-game start of his career, topping his mark of nine goals in his first 20 games in 2012-13.

3. And because of that low scoring, the Sabres are shaking up the lines. It clearly looked like a demotion for Jack Eichel at the morning skate as he centered third-line wingers Zemgus Girgensons and Jason Pominville. Ryan O'Reilly centered the top line with Kane and Sam Reinhart. Johan Larsson was between Benoit Pouliot and Kyle Okposo on the second line while Kyle Criscuolo centered the fourth line with Jordan Nolan and Seth Griffith.

"I think you look at our last three games, obviously we'd like to get more scoring," Sabres coach Phil Housley said. "We addressed that. I think just giving the guys some fresh teammates and a new look will revive some confidence and try to create some balance in our lineup."

While the perception is that Eichel was demoted, Housley said, "There's no third line. … I don't think Eichel is being demoted. I think he's such a terrific player you can put anybody on his wings."