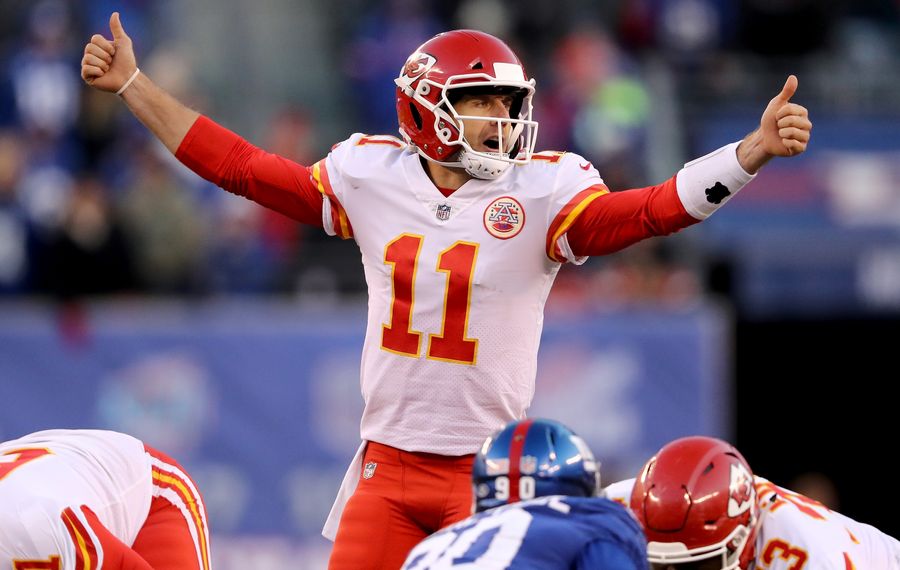 Andy Reid is unlikely to make a change at quarterback before the Chiefs take on the Bills in Week 12, but many Kansas City faithful are pining for rookie signal-caller Patrick Mahomes to take the reins from Alex Smith.

In his weekly post-game mailbag column Chiefs beat writer Terez A. Paylor of the Kansas City Star wrote, referencing Chiefs, "many of you are calling for (Patrick) Mahomes," and while Paylor provided a measured opinion of why Kansas City should stick with Smith after that, his mention of Mahomes shows Chiefs fans want to see the rookie under center.

Is there any merit to the suggestion?

For the first five weeks of the season, Smith was a legitimate MVP candidate.  He was Pro Football Focus' second-highest graded quarterback (behind Tom Brady) and led the league by a sizable margin in passer rating (125.8). He completed a ridiculous 76.6 percent of his passes at 8.8 yards per attempt with 11 touchdowns and no picks. Crazy good figures.

In his last five games — during the Chiefs' 1-4 stretch — Smith is PFF's No. 27 (out of 36) ranked quarterback. He's completed 62.9 percent of his throws at 6.4 yards per attempt with seven touchdowns, three interceptions and a 91.7 quarterback rating.

In his three most recent outings, which include one Kansas City win, Smith is PFF's No. 29 signal-caller. He's connected on the 62.9 percent of his throws, and his yards-per-attempt average is  6.6. But he's thrown just three touchdowns to three picks and has a 79.7 quarterback rating.

In consecutive losses, his completion percentage is closer to its normal rate — 70.3 — but his yards-per-attempt average is still under 7.0 — it's 6.7 — and he has two touchdowns, three interceptions, and a 80.5 quarterback rating.

Injuries at the wide receiver position undoubtedly haven't helped Smith, and Kansas City's run game hasn't operated as effectively of late as it did in September. Also, Kansas City's defense that finished 14th in Football Outsiders defensive DVOA rankings a season ago went into Week 11's game against the Giants as the No. 26 defensive unit in the NFL based on DVOA.

So while Mahomes is extremely likely to stay on the sidelines this season for the Chiefs, Smith is in the middle of a surprising dip in efficiency and overall production.